English
High Quality Products Can Be Purchased.
You are here: Home » News » How Spirits Are Made

How Spirits Are Made

Distillation has existed for centuries, with ties to alchemy. The first stills—the alembic, the precursor to today’s pot still—were likely invented circa 200–300 AD.

Today’s distilleries range from craft producers with a single pot-bellied still cobbled together from spare parts, to sprawling, gleaming wonderlands with silver column stills stretching stories high. Yet, each makes spirits in essentially the same way.

What follows is a simplified overview of how spirits are made. Since traditions and regulations range widely depending on the spirit type and where it is made, consider this a very general guide. Drilling down to learn more about the nuances of rum, whiskey and other spirits categories is encouraged.

That said, most spirits go through the following steps. 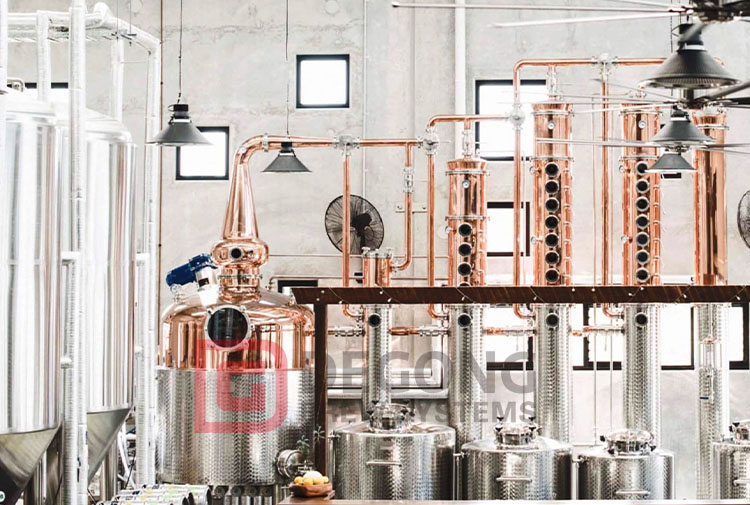 Whether it’s grapes, grains, agave or something else altogether, most distillates begin as agricultural products. The raw ingredients are grown and harvested, some by hand and others by mechanical means, then delivered to the distillery.

From there, some ingredients are shredded or milled (agave, sugar cane); pressed (grapes, apples or other fruit); malted (barley, during which it’s encouraged to germinate) or smoked with peat (grains, primarily barley).

Yeast is added to jump-start fermentation

While some raw materials (fruit, sugar cane, agave) have sugar present, others, like grains, first need to convert starch into fermentable sugars. This is accomplished by cooking the grains in hot water with enzymes present. In whiskey- and beer-making, this process is called mashing, and the resulting liquid is called wort.

At this point, juice, wort, etc. is transferred to fermentation tanks, and yeast is introduced. Some producers purchase commercial yeast varieties, others have cultivated proprietary yeast strains, and some rely on wild yeast, which occurs naturally. Fermentation usually lasts anywhere from three to five days, although some distillers go for as long as seven to nine days.

Fermentation is considered a critical process for producing aromas and flavors. Rum-makers, for example, says that fermentation can account for at least 50% of a rum’s flavor.

Distillation transforms the liquid into a spirit

The process of distillation heats the fermented liquid to a boiling point, captures the vapors that come off the boiling liquid, then recondenses it back into liquid as it cools.

This concentrates the alcohol levels, but also requires separation of desirable and undesirable elements.

The first and most volatile compounds, called “heads,” evaporate first. These undesirable compounds often are compared to nail polish remover. What follows are the desirable flavor compounds, referred to as the “heart.” Last off the still are the “tails,” with odors some liken to rubber, or vegetal notes akin to overcooked broccoli. The tails are separated, and discarded or re-distilled. It’s considered part of the distiller’s art to determine when to make the first “cut,” to capture as much of the heart as possible, while cutting off the tails.

Often, spirits are distilled multiple times. For example, in Scotch and Irish whiskey, it’s common practice to distill two or three times, to create a lighter, smoother character. Meanwhile, vodka is famous for many multiples of distillation, in pursuit of creating the most neutral spirit possible.

In general, spirits are made using two types of stills. Pot stills have a rounded body resembling a kettle, are usually are made of copper, and generally produce more robust, flavorful spirits. Meanwhile, column stills, which have tall, thin chambers that resemble columns, can be made of copper or stainless steel, and are noted for producing a lighter distillate style.

The distillate is matured in wooden barrels, or other vessels

After distillation, spirits such as whiskey, brandy and other “brown spirits” are transferred to oak barrels to mature. This step creates the familiar amber hue of many spirits, as well as suggestions of vanilla, dried fruit or spice on nose and palate.

Bourbon producers are required to use new, charred American oak, while most other producers have more latitude regarding cooperage choices. Some use oak sourced from other countries, while Cognac producers, for example, use France’s Limousin oak; and Japanese whisky-makers may opt for Japan’s Mizunara, when available. The maturation period can last for days, months or years.

After the initial aging, some producers transfer the distillate to another barrel for “finishing.” These casks may have previously held other liquids, such as ex-Bourbon or ex-Sherry casks, and can impart traces of fruit or spice.

Of note, Bourbon producers say the barrel can contribute 60–70% of a Bourbon’s flavor, and 100% of its color.

Some spirits are rested in glass or clay vessels, instead of wood, as a way to mellow the spirit without adding color, flavor or aroma. And many clear spirits (vodka, gin) omit the maturation process altogether.

Blending and proofing refine the spirit

With the exception of single-cask products, most producers blend distillates together for the sake of consistency. The process also adds flavor and complexity. Whiskey producers, for example, may blend different liquid from different barrels together to create a whiskey that’s markedly spicier or sweeter. It’s also common for rum and Cognac producers to blend together distillates of varying ages.

While some spirits are bottled at cask strength, most are diluted to a palatable alcohol level using water, in a process known as proofing. A handful of producers are also experimenting with proofing using liquids beyond plain H2O.

Before bottling, spirits are filtered to screen out large and small particles, as well as to “polish” the liquid. This might include simple metal screens used to remove flakes of char as bourbon is dumped out of barrels or carbon (charcoal) filtration, which can remove color as well as flavor and impurities, a technique used with a wide range of spirits.

In addition, many producers chill filter spirits, particularly pot-distilled whiskeys, by lowering the temperature of the spirit to several degrees below freezing, then passing the liquid through a series of filters. The point of this exercise to remove chemical compounds that create a cloudiness or haze when the spirit is chilled below 45 degrees Fahrenheit. This is done for aesthetic reasons, although recently growing numbers of distillers are choosing to skip this step to preserve desirable flavors and texture, labeling those spirits as “non-chill filtered.” 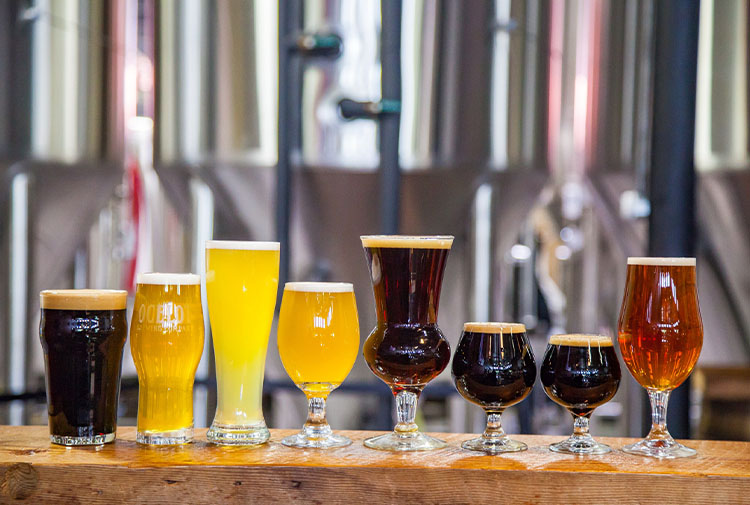 At this point, some spirits are ready to be bottled and shipped out the door. But for others, the base spirit is just the starting point. To make gin, for example, juniper and other botanicals are steeped or redistilled with a neutral spirit. Spiced rums, flavored whiskey and other spirits, and liqueurs and other sweetened spirits also start with a spirit, which is then infused or combined with other ingredients. No matter the technique, the goal is still the same: to create an enjoyable pour.