In the process of brewing beer, it is essential to filter the wort to remove any remaining solids and impurities before it is fermented. Filtering the wort helps to clarify the liquid and improve the overall quality and consistency of the finished beer. In this post, we will discuss the different methods for filtering wort and the importance of proper wort filtration in the brewing process.

Lautering: Separating The Wort From The Grains

Lautering is the process of separating the wort from the grains after mashing. It is usually done in a stand-alone lauter tank or in a combination tank with the mash tun. The wort is filtered through the grains, which act as a strainer, to clarify it and remove any remaining solids.

During the lautering process, the wort is often recirculated through the grain bed to further clarify it and develop the grain bed. This process is called wort reflux. The wort is then collected in a container called a wort equalization tank, where it can be sampled and the flow and clarity of the wort can be monitored.

The Role Of The Lauter Tun And False Bottom

The lauter tun is a tank with a false bottom that is used to separate the wort from the grains during lautering. The false bottom is a perforated plate that allows the wort to pass through while retaining most of the grains. The grains form a layer called the grain bed, which filters the wort as it passes through.

The depth and width of the grain bed, as well as the flow rate of the wort, can all affect the efficiency of the lautering process. It is essential to maintain a consistent flow rate and a well-developed grain bed to ensure efficient wort filtration.

During the lautering process, the wort is often recirculated through the grain bed to clarify it and further develop the grain bed. This process is called wort reflux. It is essential to maintain a consistent flow rate and a well-developed grain bed to ensure efficient wort filtration.

After lautering and sparging, the wort may still contain impurities and proteins that can affect the clarity and stability of the finished beer. To further clarify the wort, breweries may use fining agents, which help to coagulate and settle out these impurities.

Another method used to clarify the wort is whirlpooling, which involves circulating the wort in a circular motion to separate the solids from the liquid. The solids are then collected in the center of the vessel, and the clear wort is drawn off the sides. 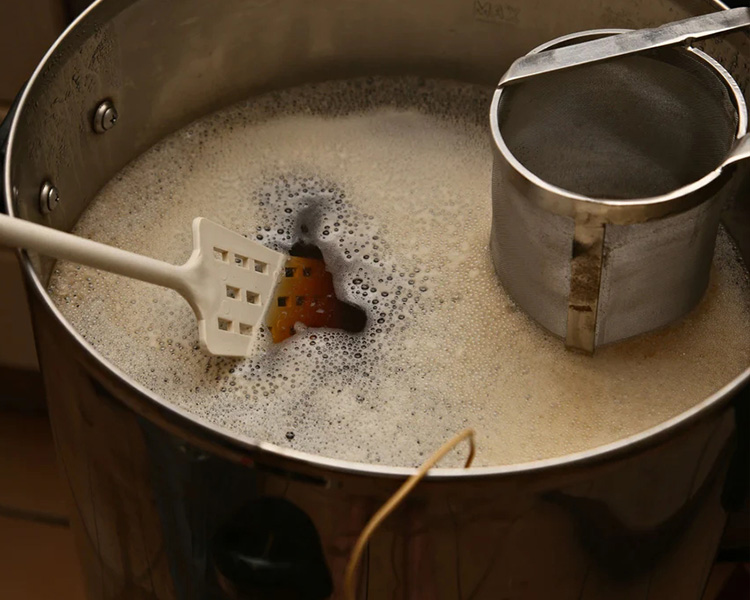