English
High Quality Products Can Be Purchased.
You are here: Home » News » Equipment for measuring pressure during beer production

Alcohol has been a part of human societies for a very long time. With its many variants, in terms of preparation styles and concentrations, it has been an integral part of daily life throughout the world. One such variant happens to be the beer.

The beer industry is today one of the largest beverage sectors of the economy, and worth billions across the world. Also, the industry is expected to grow well into the near future, given that the market is steadily increasing throughout the world.

When it comes to the actual manufacture of beer, there is a lot that goes into the making of the finished good. Indeed, if there is one thing many people are interested in knowing about beer, it would be the details about the actual preparation.

Not many people are into beer just for celebrations. On the contrary, they are interested in the way it is produced, as well as the many elements that are involved in its preparation.

Of the many things that go into the manufacture of beer, there is one thing that stands out more than anything else：the measurements. If there is one thing about the beer industry that is to be noted, it is the way attention is paid to detail. Given that the smallest variations can alter the taste of the finished product, brewers pay a lot of attention to ensure that the ideal conditions during the beer preparation process.

Among the many values that are to be measured at the time of beer preparation, one of the most important is pressure. When it comes to measuring the pressure in breweries, there are a few pieces of equipment that are used. Of them all, one of the most important is a device called a Manometer. Manometers are used extensively across the beer industry, to measure pressure during the beer preparation process. 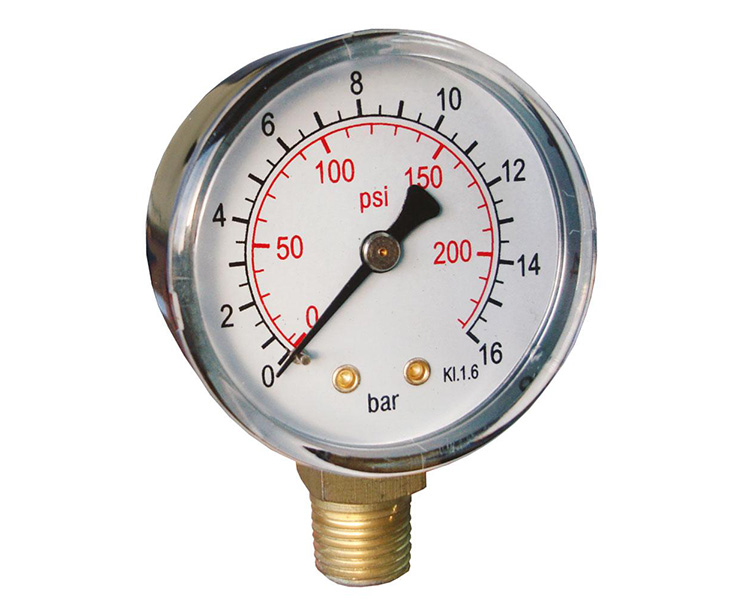 The manometer is a standard device used for the purpose of measuring pressure. The device is not exactly something specific to the beer industry. On the contrary, it is something that can be use for a variety of applications beyond the scope of breweries. The measurement of pressure in general, is done using the international unit of measure, known as Pascal or Pa. This is however not the case when it comes to technical applications, such as beer making, where the standard for measurement is what is called a ‘bar’ or ‘pounds per square inch’. For reference, 1 bar of pressure is described as 100 kPa. The manometers measure the pressure in relative terms, where the pressure within a system is compared to the ambient pressure.

The usage of manometers is extensive throughout the brewing industry. Used on manometers is something that can be observed extensively across the beer making process, from the beginning to the end. Some of the places where they are used are mentioned in the list below: