English
High Quality Products Can Be Purchased.
You are here: Home » News » Different Types of Breweries

The microbrewery is classified according to the number of beers produced in a year (in barrels). They can produce up to 15,000 barrels of beer each year, and 75% of the beer needs to be sold outside the brewery.

Although 75% or more of the beer in the microbrewery must be sold outside the brewery. But there will still be some microbreweries selling beer to beer consumers in small tasting rooms or bars. Microbrewery complete sales in one of three ways: 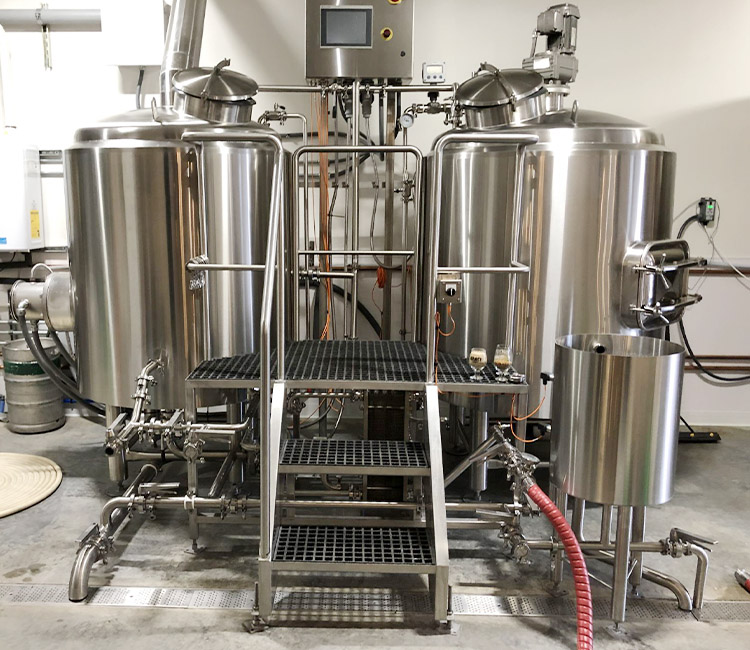 The brewpub is a combination of restaurants and breweries. It needs to sell at least 25% of beer on-site, and it needs to provide consumers with delicious food. In brewpub, beer is mainly to provide more choices for consumers in restaurants or bars . Of course, where permitted by law, brewpubs will also sell beer like other regions.

Brewpubs have the unique advantage of being able to dispense beer directly from storage tanks in the brewery. These large tanks are often used as the aesthetic cornerstone of enterprises because they have a strong industrial visual appeal. The presence of cans also provides an authentic atmosphere, which many consumers appreciate when accepting craft beer. The setup of a brewpub often showcases the way the beer is brewed as well as the technical skill required to produce a quality beverage.

When legal, many brewpubs also operate takeaway services and establish distributors in other regions to help build their brands.

Taproom brewery is similar to a brewpub in that it also needs to sell more than 25% of beer on-site. The main difference between Brewpub and taproom is that taproom does not provide food service. Of course, taprooms can also sell beer like other regions.

A regional brewery refers to a brewery that serves beer in a fixed geographical location. Regional breweries belong to one of the broader categories. According to the Association of Brewers, a regional brewery produces 15,000 to 6,000,000 barrels of beer each year.

A craft brewery needs to brew no more than 2 million gallons of craft beer each year, and the brewery is independently owned. Unlike microbreweries, craft breweries impose restrictions on beer production technology. The beer produced by craft breweries must contain at least 50% traditional malt instead of grains such as oats, barley, and wheat. The term “craft brewing” in craft beer comes from the fact that these breweries regard brewing beer as an art form. They don't want to compete with large breweries. Craft breweries are small and independently owned, and need to establish contact with customers frequently. They are more concerned about the taste and aroma of craft beer and are not very concerned about whether they can make huge profits.

What Is The Difference Between Craft Breweries And Other Types Of Breweries?

The purpose of beer, people, and the brewery itself defines craft breweries, not just the size and distribution as classification criteria. Microbreweries and large breweries are defined based on the number of beers produced each year. If you have a limited budget, opening a microbrewery can be a good choice. In addition, craft beer is a product, not a measure of size. When some beer drinkers drink craft beer in a microbrewery, they will misunderstand that a microbrewery is a craft brewery. But this is not the case .

All in all, craft breweries are not always micro-breweries. If the microbrewery follows the production standards of craft beer, it can also be called a craft brewery.