The next major process that takes place after filtration and prior to packaging is beer carbonation. Carbon dioxide not only contributes to perceived "fullness" or "body" and enhances foaming potential it also acts as a flavor enhancer and plays an important role in extending the shelf life of the product.

The traditional method involves carbonating the beer during secondary fermentation at low temperatures and under counter-pressure. The beer transferred to the conditioning tank should have at least 0.5 to 1.0°P of fermentable extract and be placed under pressure from 12 to 15 psi in conditioning tanks. While in the tank, the remaining extract ferments and creates sufficient carbon dioxide to saturate the beer to equilibrium.

Another carbonation technique involves priming the green beer with wort-primed beer, a process referred to as "kraeusening." As the second fermentation takes place, the excess carbon dioxide is bled off until the fermentation end point is obtained.

Before the advent of artificial carbonation, brewers carbonated beer by adding priming sugars (glucose, dextrose, and invert sugar) to the bottle for conditioning.

Mechanical carbonation is accomplished either by in-line or in-tank techniques. Carbon dioxide may be purchased from suppliers of industrial gases. Alternatively, carbon dioxide may be recovered from fermentation vessels and then purified, liquefied, and stored until needed for carbonation. However, this collection system can be too expensive for most craft brewers.

In-line carbonation involves injecting carbon dioxide into the beer through a fritted stainless steel diffuser between the outlet of the filter and the bright beer tank.

In-tank carbonation involves injecting carbon dioxide through either a submersed ceramic or sintered stainless steel stone at the bottom of the tank until a given backpressure is reached. 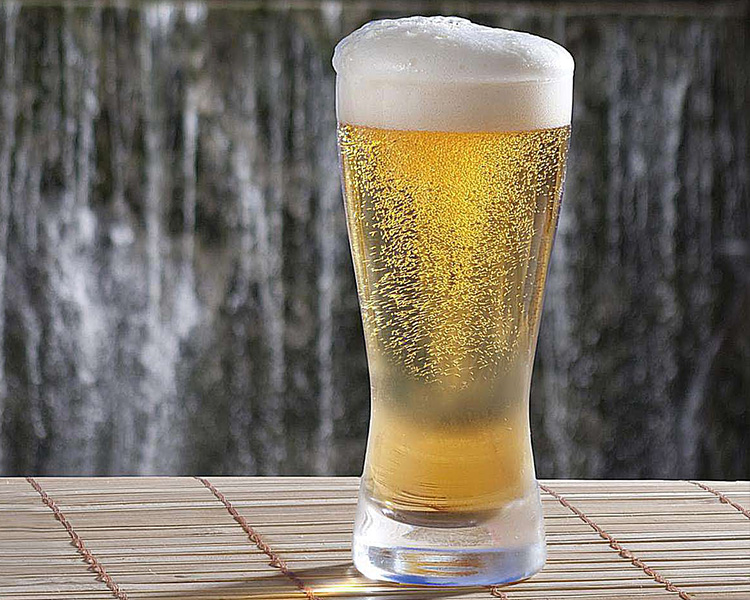