Automation is the use of software and hardware to perform processes otherwise performed by humans. Brewing is, in most instances, a batch process, and for thousands of years every batch was made by hand. Since the early days of the Industrial Revolution, brewers have sought to reduce manual labor and focus brewers’ attentions on beer quality. Today, even relatively small breweries and brewpubs (and the occasional zealous homebrewer) may employ automated processes.

The primary benefit of automation is that it makes the most brewery operations “hands free” and thus renders the operator able to tend to other items. It may also, of course, allow for reduced manning. Other benefits include consistency, because automation excludes errors unique to humans, such as forgetfulness, lack of oversight, or variation between different operators.

Simple automation can be as basic as a computer chip with one input (e.g., from a temperature probe and one output) to a cooling valve. The essence of more complex automation is a programmable logic controller (PLC) with many inputs and outputs, a personal computer (PC) with a human machine interface (HMI), communication cables that connect the PLC to the PC, and various hardware components installed throughout the brewing process. The operator selects and executes a program stored on the PC, which loads the program onto the PLC. Once loaded onto the PLC, the program runs independently of the PC.

The program has within it a series of steps, written by a computer programmer at the behest of the brewing authority, and each step may also include a series of parameters, which must all be met before one step can advance to the next. In an automated brewhouse, many programs run simultaneously and often in synchronization with one another. The program is written to simulate what the brewer had previously performed manually. For example, for a valve to open, a signal is sent from the PLC as an output to a pneumatically actuated butterfly valve. If a proximity switch does not register that the valve has successfully opened in the prescribed amount of time, then a monitoring fault alarm is typically displayed on the HMI. The process will be suspended indefinitely awaiting investigation by an operator.

For automation to be possible, many types of sensors are required to successfully replicate what can be performed manually by a person. Such sensors include empty pipe detection for knowing when a pump has emptied a vessel, pressure sensors for monitoring lauter cake differential pressures and head pressure, pressure transducers for converting a pressure into a level of a vessel, and temperature sensors (there are many different types of sensors for each process).

Very critical to automation is a proportional, integral, derivative controller (PID controller). A PID controller will typically be installed anywhere where precise control is required of the process and thus not in instances of simply on or off or open and closed. As the PLC sends a command to a hardware component, the PID controller looks at the result and then promptly makes small adjustments if it over- or undershoots the target. It does this constantly as long as the controller is engaged.

Typical processes in a brewhouse that utilize PID controllers are the steam valves for making hot water and boiling wort, the lauter speed control and differential pressure control of lautering speed and efficiency, and the wort cooling valve, which controls the flow of ice water through a heat exchanger to cool hot wort into a fermenter. Depending on the budget for and applications within a brewhouse, there may be many other uses for PID controllers such as yeast pitching and turbidity meters or other instrumentation.

For many experienced brewers, a transition to automated systems is jarring, but necessary. Small breweries grow larger, outstripping their ability to perform every operation manually. When the imperative arrives to brew perhaps 8 to 10 batches of beer wort per day, automation becomes virtually the only way that a brewery can continue to grow. Once the automated programs are optimized and all functions are satisfactory, the desired operations will be executed the same way every time; programs do not rewrite themselves and brewers new to automation learn to trust and value its advantages. Well-designed systems are highly flexible and allow brewers to make changes when necessary and to program new recipes easily. 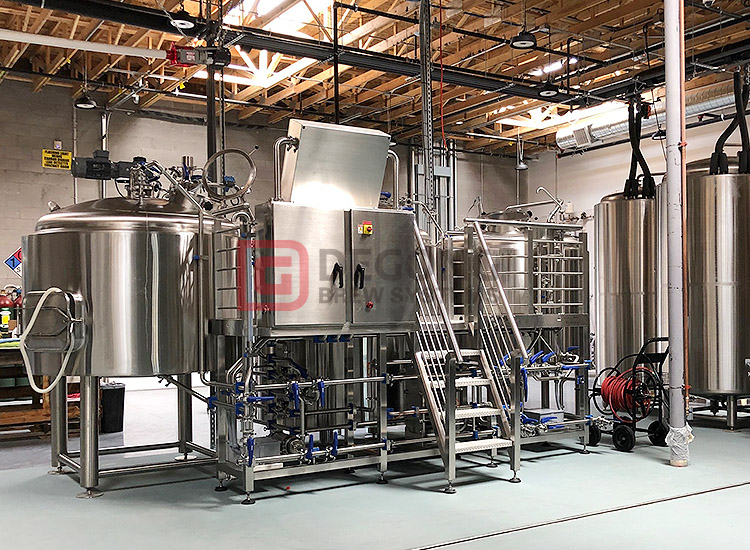