English
High Quality Products Can Be Purchased.
You are here: Home » News » Are dark beers higher in alcohol than light beers?

Are dark beers higher in alcohol than light beers?

Alcohol strength cannot be assessed by color. Most people think that dark beer has a higher alcohol content than light beer, the truth is that the color of the beer has absolutely nothing to do with its strength. The color of the beer is determined by the type of grains it is made from, and also by the amount of grains. The sugar in the starch (grain) is converted to alcohol throughout the fermentation process, so the more grains, the greater the alcohol content for sure.

Many misconceptions directly link color to beer weight. Their views tended to suggest that the darker the beer, the richer the beer and the higher the calories; the lighter-colored beer was lighter-bodied, lower in alcohol, and had fewer calories. This assumption is neither entirely nor entirely correct.

The light and dark colors of the beer are due to the malt content, not the malt color. Most of the residual fermentable sugars in craft beer are produced from malted and roasted malt. Here are the beer colors produced by different roasted malts.

Most craft beers are made from 75-100% light malt, with the exception of wheat beers. Specialty malts make up 5 to 15 percent of a beer dish, and dark or black malts make up around 1 to 5 percent of the entire beer dish. In short, the production of dark beer requires trace amounts of dark malt elements.

Colors can be deceptive. There are many pale beers with full body and high sugar network, just like dark beers with light body and low sugar network. The solution to this principle depends on the beer ABV (alcohol by volume). What you really care about is that sugar and calories are directly related to alcohol content. Simply put, the more alcohol in the beer, the more maltose required, and the more maltose, which ultimately results in a higher calorie content in the product.

Of course, not all dark beers are lower in calories than light beers, and they are also lower in ABV than light beers, and it may be helpful to be aware of different beer styles when choosing which beer to drink. We're not sure where this false belief spread, but it's a similar story with coffee. People think that the darker the roast, the more caffeine in the coffee, which is also incorrect. Dark roast coffee makes for a darker color and deeper flavor, but in fact, the high levels of caffeine are highest in golden roasts because roasting the beans minimizes high levels of caffeine.

Hope this helps you when choosing a beer to drink, and keeps you inspired to try different new styles of beer in the future. 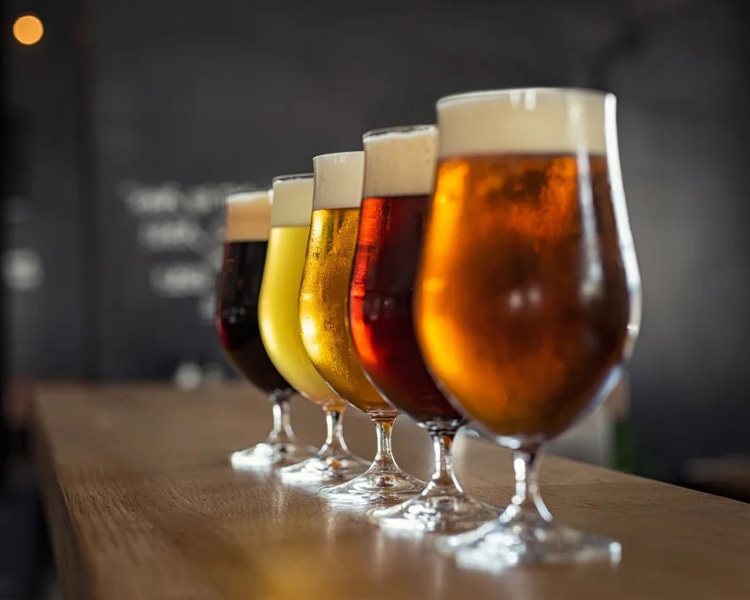