Brewing with only grain instead of incorporating malt extract is how most professional brewers make beer. This is the purest form of beermaking and the method by which you can most greatly influence the outcome of the beer.

The Pros of All-Grain Brewing

Perhaps the greatest advantage that all-grain brewing provides over extract brewing is that you, the brewer, are in complete control of how the beer is made. It’s like baking a cake from scratch versus using a premade cake kit. You decide exactly what the beer is going to become; from color and aroma to flavor, mouthfeel and all the complexities in between.

Not being limited to the finite amount of malt offerings that can be found in extract form is a huge advantage that all-grain brewing has over brewing with extract. It is the reason that professional brewers and those very familiar with the beermaking process almost always choose to brew using only grain.

Regardless of how you brew, ingredients are necessary for making beer. All-grain brewing and extract brewing use essentially the same ingredients: malt, hops and yeast.

Though, all-grain brewing requires a much greater amount of grain to achieve the necessary sugar levels that can be achieved using a highly concentrated malt extract. Because of this, one would be inclined to think that the larger amount of grain would cost more but in reality, grain is far cheaper in its whole form than in extract form which requires a lot of time and effort on the extract producer’s part.

For that time and effort, you pay a premium, making all-grain recipes more affordable. While savings may seem nominal at the single batch level, extrapolate those savings over hundreds of batches and you’re talking a lot of money saved that could be spent elsewhere. 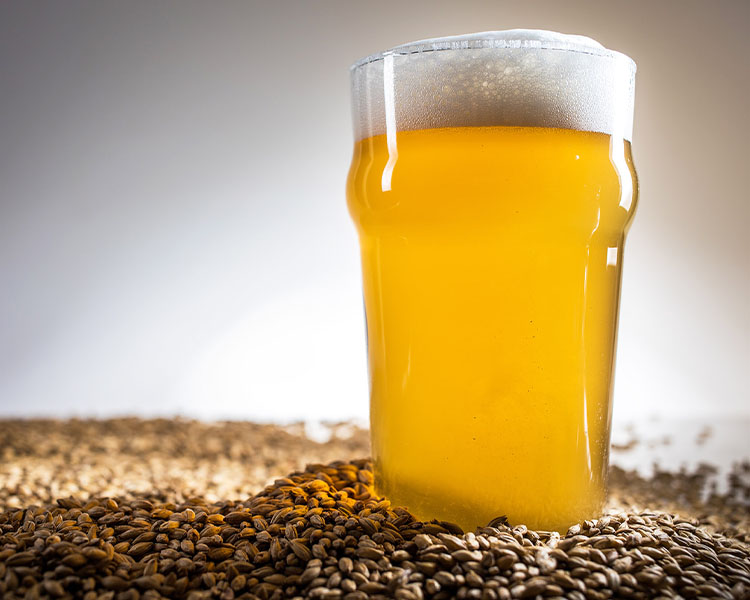 The Cons of All-Grain Brewing

All-grain brewing is a more complex process that involves equipment that is not only larger in size but also in quantity. Additionally, you will need a large mash tun for the mash and dependent upon the particular methods you choose, a hot liquor tank for holding hot water for sparging.

Some methods of sparging require ball valve spigots for your kettle, mash tun and hot liquor tank, a sparge assembly including the sparge arm and hose, and a false bottom for assisting in separating the wort from the grain. Some other items that can greatly assist in the process are a kettle thermometer and sight gauge, a large immersion wort chiller and a yeast starter.

It’s also important to note that working with larger volumes of liquid requires higher levels of heat that your conventional stovetop range may not be able to produce. In this case, many homebrewers choose to use a propane burner, which is capable of producing the heat needed to bring a larger quantity of liquid to necessary temperatures. Keep in mind that these burners are intended for outdoor use only so their use can either limit your brew days to those where weather permits or force you to get creative in how you account for less-than-optimal conditions.

All of these additional items certainly add to the initial cost of brewing and also require more space, not only for when in use but also for when it all needs to be stored away. These reasons alone can be a turnoff to all-grain brewing, but for some — say, those in a small apartment — it simply makes it impossible.

All-grain brewing involves additional steps that are not necessary when brewing with extract such as mashing and sparging, which ultimately makes for a much longer process. Also, the greater amount of brewing equipment used in all-grain brewing means more equipment to clean up in the end. Dependent upon the recipe, an extract brew may take about three to four hours to complete from start to finish, whereas an all-grain brew will take around five to eight hours to complete — in many cases, about twice as long as its extract counterpart. To put things into perspective, an extract brew could be completed after you get home from work while an all-grain brew would need an entire day set aside.

While there isn’t necessarily a right or wrong when it comes to extract and all-grain brewing, there can be a better option for your needs.