English
High Quality Products Can Be Purchased.
You are here: Home » News » Ale vs. Lager

The Two Types of Beer

Did you know that there are only two types of beer? That's right all beers are actually an ale or a lager! This may be confusing to those who are new to the complex world of beer because you're sure you've heard of other types of beer before. Those "types" are actually known as "styles" of beer.

These styles help narrow down the variety of beer you're drinking and the specific flavor profiles you're tasting. The reason why all beers are either an ale or a lager is that there are two main yeast strains used in beer, an ale strain, and a lager strain.

Let’s talk about the taste of each beer that everyone can understand and care about. This is integral to the identity of beer and how we perceive it. From mass-produced beers to craft beers, the two types of beers vary widely in taste, aroma, and nuance.

Ales tend to be fruitier, sweeter and fuller-bodied. They also tend to be darker and have a cloudier appearance. They have higher alcohol content, stronger flavor, more bitterness and stronger hop flavor.

Lagers tend to have a very clean and crisp taste, a lighter, milder beer. They tend to be lighter, clearer in appearance and lower in alcohol. Lagers also tend to have a sweeter, smoother and more refreshing taste.

Essentially, within these types of beers you will find many varieties that will provide the drinker with different flavors and experiences. Ales and lagers are classified into these beer styles listed below, but they can be further classified into specific regional styles. For simplicity, we only list the varieties. 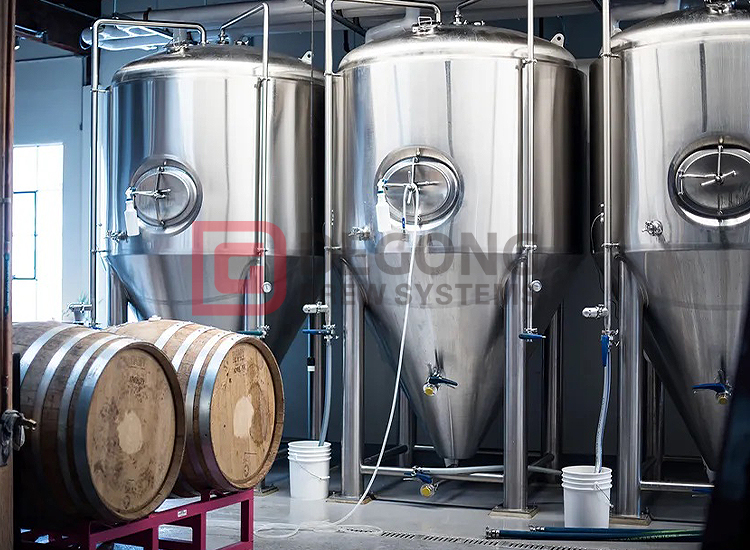 Yeast - The Heart of the Brew

Yeast is what gives life to each brew, literally. The type of yeast strain used in each beer is what makes each type so different from each other. While there is so much to talk about regarding yeast, the biggest difference between lager and ale yeast their fermentation process.

Top fermenting yeast is used in brewing ales. This type of yeast, also known as Saccharomyces cerevisia, has many common applications from beer and winemaking to making bread. This hardier variety of yeast is referred to as top-fermenting because it will rise to the top during fermentation and sink to the bottom of the brewing vessel when the fermentation process is ending.

This fast-acting yeast brews beer in as little as a week and leaves yeast particles floating to the top due to the increased motion of yeast in the fermentation vessel.

This yeast also consumes sugars slower and in turn, has a slower fermentation process. Additionally, it has a lower tolerance to alcohol and it can ferment mebliose, a sugar not fermented by top-fermenting yeasts. This features of this yeast allow more sugar to linger in the finished beer, creating a smoother and sweeter beer.

The fermentation temperature of the two yeast strains is very different, which can affect the body and taste of your beer when you drink it. This difference in brewing temperature also makes beers harder to brew because of their subtle nature and sensitivity to higher temperatures.

Top fermenting yeasts for ale are typically brewed at 60-80°F, with some rare varieties able to withstand 95-100°F. This leaves yeast particles suspended throughout the beer due to the tendency for top-fermenting yeast to move from the top to the bottom of the brewing vessel during fermentation. This rapid fermentation process results in a cloudy, heavier beer that is typical of many ales.

Hops are an essential addition to any beer but the concentration of hops will vary depending on the style of beer being brewed.

Due to the slower and colder brewing process of a lager, the nuances and more subtle flavors in the beer are able to come out and lagers often don't have to rely on the heavy addition of hops to finish the beer.

Ales are often brewed with a heavier concentration of hops to counteract the bitterness caused by the faster and warmer brewing process. This is often why ales tend to have a stronger hop flavor to compliment the other flavors produced by the brewing process.