English
High Quality Products Can Be Purchased.
You are here: Home » News » Aeration of Chilled Wort

After cooling the wort is aerated to increase yeast activity and to start the fermentation process. The amount of oxygen required depends on yeast strain, wort temperature, wort gravity, amount of trub in the wort, and a number of other factors.

The point of injection of oxygen has been the subject of many debates, and the choice is largely a matter of tradition. Many brewers believe that gas injected into the hot wort prior to cooling improves cold break formation. However, when injected into wort at the hot end of a cooler the wort allows oxidation of wort components, resulting in darker-colored worts. In addition, oxygenation of hot wort contributes to off-flavors in the beer, e.g., garlic flavor.

Wort oxygenation is most commonly achieved by direct injection of either sterile air or oxygen at the time it exits the wort cooler. Devices used to aerate the wort are:

With ceramic or sintered metal elements, air is injected as very small bubbles through fine pores into the flowing wort.

With Venturi tubes, there is a substantial increase in flow velocity, and the air is thoroughly mixed in the wort.

Brewers employing two-component jets inject the air (or oxygen) as very small bubbles under high pressure into the wort stream, which is then forced through a small orifice and into an expansion chamber.

In static mixers, the initial mixing of the wort and air is achieved in a reaction section with built-in angle bands.

If a centrifuge mixer is employed, air can be introduced into the wort stream via the centripetal pump impeller, which results in very fine bubbles.

While aerating the wort, it is useful to have a pressure gauge integrated into the aeration device to monitor the amount of oxygen or air that is being taken up by the wort. 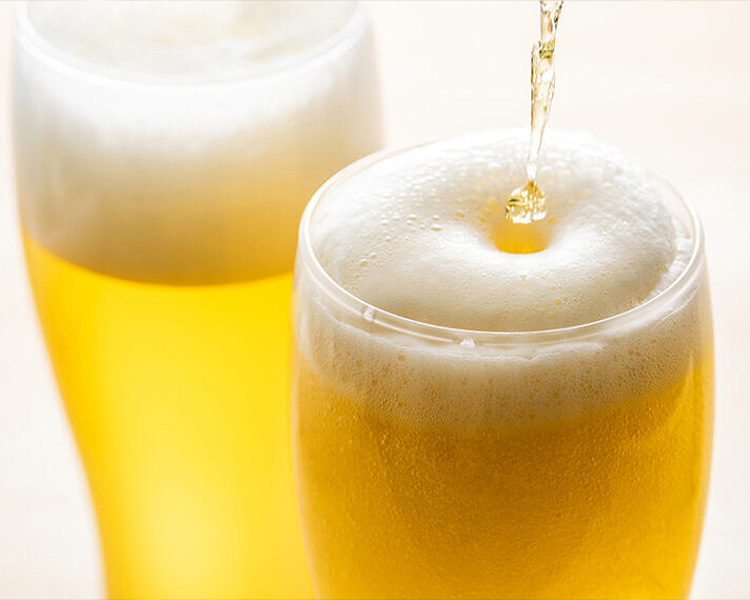