Why You Shouldn’t Hate IPAs

IPAs, IPAs and more IPAs. It is by far the most popular style and therefore there are more of this style than anything else. In many ways, the modern IPA built the foundation for the craft beer revolution that we are all benefiting from today. But even with their overwhelming popularity, some people hate IPAs.

Those that don’t like IPAs normally say it’s because of the intense bitterness. And it’s true, most are very bitter as that is the primary characteristic of this style.

But even if you don’t like IPAs, there’s reason to not give up hope on this hoppy style. Here’s five reasons to continue to try them and find ones that you do like.

I’m not going to say that you have to do what others think is popular but . . . have you ever been somewhere that the only craft beer option was an IPA?

Yeah, I am sure you have. For that reason, I think getting to know this style is almost a must for craft beer fans.

If you can find a few popular IPAs that you do like then you can almost always have a good go-to option when the craft beer options are light.

It doesn’t have to become your favorite but at least learn to appreciate the style for what it is. And you never know, one day you may actually say you like IPAs. 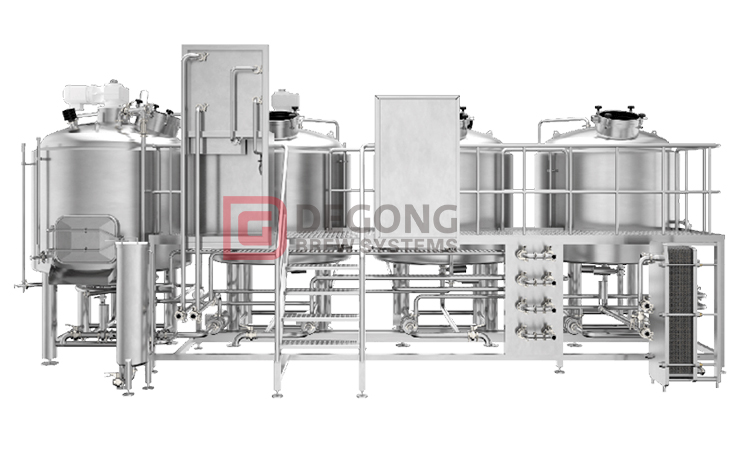 Hops are in every beer. They are one of the four primary ingredients that make beer a beer. IPAs take this ingredient and make it the main attraction.

The bitterness brought on by the hops are often the reason people don’t like IPAs. Hop flavor and bitterness do not have to go hand in hand but they often do.

However, what you must keep in mind is that there are a lot of different hops. Each variation brings in different flavors and bitterness levels.

So just because you didn’t like the flavor and bitterness level of one IPA; doesn’t mean you won’t like any of them. And brewers are constantly using different combinations of hops to create new flavors.

So try different IPAs and find ones that provide the level of bitterness and hop flavor that you enjoy.

My favorite trends right now is the New England IPA.

This new version of IPA takes a different approach in brewing that nearly eliminates the bitterness. Instead, these beers focus on bringing out the tropical fruit flavors of the hops.

So if you’ve been avoiding IPAs because of bitterness, this is the cure. While they are not always the easiest beer style to find, they are worth seeking out.

Most predict that this style will continue to increase in popularity which should prompt increased production levels too. So hopefully more and more will get the chance to try them without waiting hours in line.

Brewers love to add fruit to beer. Over the past few years, IPAs have seen just about every type of fruit added to them. From grapefruit to watermelon and passion fruit to blood orange, there’s lots of choices for fruited IPAs.

The great part about this is that the fruit can often balance out the bitterness and make it more drinkable.

The sweet, citrus, or sour flavors from the fruit changes how we perceive it. And quite often, makes it palate pleasing to more drinkers.

So if you don’t like IPAs, try a few that have fruit added and you may change your mind.

The Spirit Of Craft Beer

I’ve made it a point to never say never when it comes to a beer style.

Part of what makes craft beer so great is redefining what beer can be. Giving up on a style goes against the spirit of craft beer.

When I first started to enjoy craft beer, I liked fruited wheat beers and dark beers. I avoided bitter IPAs, sours and most lagers.

At that time, I wanted a very smooth, drinkable beer. Over time, I’ve come to truly love a really wide range of craft beer.

Those IPAs that were once too bitter are now a welcomed break from dark, rich stouts. And fruited sour beers have replaced fruited wheat beers for me.

Just like craft beer, my drinking style has continued to evolve and that is the spirit of craft beer.