English
High Quality Products Can Be Purchased.
You are here: Home » News » Why are chillers so important to the brewing process?

Why are chillers so important to the brewing process?

Making the perfect brew requires a lot of preparation and effort. You combine the freshest ingredients, proper techniques, and specialized equipment. But arguably the most important component is the ability to accurately control the temperature throughout the brewing process. Having quality temperature control matters for the quality of the final product. The best way to achieve this control is with an accurate and reliable process chiller.

There are six main steps in the typical brewing process. As the materials move from raw grains to sugary wort to finished beer, the heat or lack of it directly impacts the progress made. With each stage comes a new version of the product, with temperature acting as the driving force.

The first two stages, mashing and sparging, involve adding hot water to a mixture of malt. The hot water releases the sugars from the grains. Yeast in later stages feed on these sugars to transform the liquid (now known as wort) into beer. The added water needs to be very hot in order to release as much of the sugars from the malt as possible. If not enough sugar is released, the yeast will not be able to effectively ferment the liquid in later stages.

Boiling the wort is the third stage. This step is important to kill any microorganisms and to create a welcoming environment for the hops. The specifics of the batch will determine the amount and timing of the hops’ addition. Hops, in combination with temperature, act as a key component in determining final flavor.

The next stage is when your chiller first makes its appearance. Once the wort has been sufficiently boiled, it will need to be quickly cooled. Not only does the quick cooling prevent the growth of more microorganisms, it also creates the proper temperature to finally add the yeast. If it’s too hot, the yeast will die and prevent the fermentation process from continuing.

Usually a chiller pumps coolant through a coiled tube immersed in the hot wort. Wort cooling can also be accomplished in a jacketed vessel or a plate heat exchanger. The coolant, most often a glycol-water mixture, is significantly cooler than the wort. As the coolant moves through the tube, it quickly absorbs the heat from the wort, efficiently cooling the wort to the desired temperature. The exiting coolant, now warmed by heat exchange with the wort, will return in a closed loop to the chiller to be cooled to the necessary temperature once again.

Fermentation is the next stage. Here it is absolutely crucial to reach and maintain the proper temperature. Once the wort has been cooled, the yeast can be added. As the yeast slowly consumes the extracted sugars in the mixture, it produces CO2 gas and ethyl alcohol. Depending on the specifics of the brew, this process can take many weeks. During this time, the mixture must stay at a consistent temperature. If the temperature changes too much, the fermentation process could stop and affect the final flavor.

Yet again, the glycol process chiller becomes important. Fermentation is an exothermic process, meaning it produces heat as it progresses. The longer the wort ferments, the more heat it produces. The brewery chiller removes heat in order to keep the beer taste consistent across batches. Built in temperature controls on Chillers make this process easier by telling you exactly how the system is performing. The rate of heat transfer is directly proportional to the difference between temperature of the cooled item and the temperature of the coolant. The proper coolant temperature depends on the desired fermentation temperature. 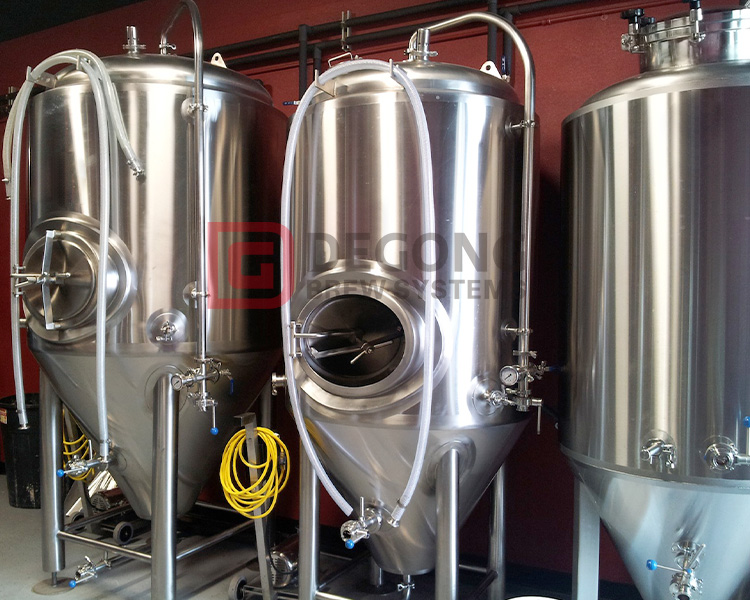 Mechanical cooling may also be involved in the final stage of the process: packaging. In order to prevent further fermentation or product change the right temperature is needed. Sometimes the bottling or canning process generates heat that should not be transferred to the finished product. Chillers can help to maintain the right temperature as the product moves through the packaging line.

Temperature control is crucial in every step of the brewing process. Strong, reliable process chillers bring that support level.