English
High Quality Products Can Be Purchased.
You are here: Home » News » When to Dump a Bad Batch of Beer

When to Dump a Bad Batch of Beer

There are a lot of things that can go wrong with a batch of beer. From under carbonation to bacterial contamination, there are many things that can steer your beer from its intended course. However, just because your course changes along the way does not mean you can’t end up at your intended destination, or maybe even somewhere better.

The answer to this question is always no. While every brewer should be constantly mindful of cleanliness and sanitation, it is not necessary to assume that a breach in sanitation will result in a ruined beer.

As an example, I know who accidentally dropped an unsanitized airlock into his beer. He called me, concerned, and asked if he should just dump the batch. He even considered going to buy more yeast, boiling the entire batch again, and then chilling and repitching his new yeast.

I advised him to just go with it and see how the beer turned out. After which he let it ferment, tasted it, and then bottled it. It turned out to be a delicious beer and showed no signs of contamination at all.

And that’s a very common story. From dropping an unsanitized gallon of distilled water to having a leaf fall off their tree into the fermenter, there are all kinds of things that could contaminate your beer, but most of the time, you’ll be fine as long as you don’t leave them in there and the rest of your procedures are sound.

Here’s why: You are already doing everything you can to give your yeast every advantage. When it gets into the wort at a proper pitching rate, the incredibly small amount of microorganisms that get added when you drop your airlock in the wort don’t stand a chance against the yeast which has been bred to thrive in your beer. The entire environment you create when you make beer is designed to make yeast happy, not other bacteria. While some bacteria or wild yeasts may want to eat your wort, the ones that will win the battle will be your yeast, assuming you are pitching the right amount.

In essence, you should almost never assume that some small mistake will contaminate your whole batch beyond repair. If your yeast is healthy and you have a good pitching rate, it will outpace most contaminators and still make good beer.

A homebrewer experiences a stuck fermentation when his beer, which seemed so happy at first, suddenly stops fermenting. Sometimes, temperature changes can trigger this. Sometimes, it’s unhealthy yeast. Sometimes, fermentations stop for no obvious reason.

But don’t dump that batch just yet. There are a lot of things you can do before writing off the batch.

Try racking it to secondary. Make sure you take your gravity reading first and make a note of it. The act of racking will stir up some of the yeast and may kick start fermentation without any additional intervention on your part. If the recipe calls for dry-hopping, I recommend holding off on that part until you can verify if the beer needs further interaction.

If your final gravity is within a reasonable range and you are sure it is done fermenting (at least three days without a change in gravity reading), you can then package it and drink it. Your beer may be a bit maltier and lower in alcohol than intended, but that may not be a bad thing.

If it doesn’t start after all of this, you can always pitch with some additional yeast. This is especially effective if you are concerned that your original yeast may have been compromised or unhealthy.

When to Dump a Stuck Batch

Never, unless it tastes awful. If it really is finished at the higher gravity, then taste it. If it’s passable, package it and drink it. Even if it’s not what you expected it to be, it should still be beer.

There are any variety of mistakes that can happen to your beer, from forgetting to add an ingredient or not sealing a fermenter to blowing the lid off a fermenter in a geyser of foamy stickiness. Each of them have their risks, of course, but most of them don’t necessarily mean your beer will be ruined.

When to dump it

There are a few instances when dumping it will be necessary. Every one of these instances involved knowing beyond a doubt that the beer is ruined. Most of the time, this can be determined by tasting the beer post-fermentation, but on occasion you’ll just know. If you have to ask if your batch is ruined, let it ride. Remember, even if a beer doesn’t come out as expected, it doesn’t mean it will be a bad beer.

7 Steps to Correcting Your “Ruined” Beer 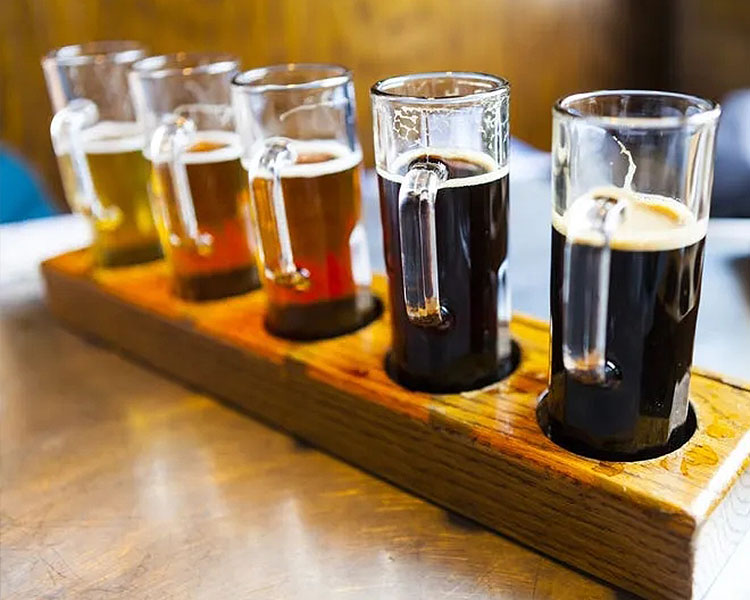