With the popularity sour beer has recently achieved, it's incredible to think that sour beer is the oldest beer type in history. Believe it or not, there was a point in which virtually all beers were somewhat sour prior to pasteurization and sterilization practices being perfected.

Today sour beers have become increasingly popular amongst beer lovers as well as those that aren’t typically beer drinkers. Beer geeks enjoy the layers of flavors in a sour, while non-beer-drinkers love how it doesn’t exactly taste like beer. To put into perspective the popularity gain, from 2015-2016 the sales of sour beers increased from 45,000 cases to 245,000 cases. Despite the increase in popularity and accessibility, many people still remain unfamiliar with sour beers. That's why we’re here to help clarify any and all questions!

Why do sour beers taste sour?

Simply put, to make any beer sour, brewers must inoculate it (fermenting the beer by introducing one, or a combination, of fermenting agents - a genus of yeast called Brettanomyces, acid-producing bacteria, or any type of non-conventional yeast). When making non-sour beers, brewers ferment the wort (brewed, but unfermented beer) with any number of different species of Saccharomyces yeast. This type of yeast consumes the sugars in the wort and produces alcohol, carbon dioxide, and a range of flavor characteristics. These are controlled fermentations so the beer has a consistent taste.

When it comes to brewing sour beer, however, acid-producing bacteria and wild yeast like Brettanomyces are often incorporated in combination with a traditional Saccharomyces species. In the presence of oxygen, Brettanomyces can metabolize alcohol into vinegary acidity known as acetic acid. In addition to the acidity, Brettanomyces lends a complex array of flavor components - anywhere from earthy and funky to tropical and fruity. These flavors continue to develop and change throughout the fermentation process and can yield some of the most complex beers in existence.

What is the difference between sour beer and more traditional beer styles?

When comparing sour ales and more familiar beer styles, the two use different ingredients and fermentation methods. Sour beers have a tart flavor and are produced using wild bacteria and yeasts, while more well-known beers are made in sterile settings using certain non-wild yeast strains. In this context, the word sterile doesn’t mean that your sour beer comes from a dirty area, but rather means that they are made and formed naturally. Belgium is renowned for creating some of the top sour beers in the world. In Belgium, the sours are frequently aged in oak barrels, which allows the creation to breathe and the microorganisms to form communities. If not aged in barrels, they can form during the cooling of the wort in a coolship exposing the beer to open air.

What is sour beer made of?

Before moving any further, let’s define the parts of a sour beer. Nowadays, the main sour beer influences are two different bacteria varieties and one wild yeast strain. The two bacteria are Lactobacillus, which turns sugar into lactic acid (the same thing that makes yogurt slightly sour), and Pediococcus, which is often used to add acidity to Belgian beers. Pediococcus can metabolize without oxygen and the acidity will increase the longer it's in a beer. Over time, it can create diacetyl, which imparts a buttery taste to the sour beer.

The wild yeast used is Brettanomyces. Yeast is known for adding a funky, earthy quality to beers, but, interestingly, Brett has a reputation for ruining the beer. Brett can add a repulsive, bitter taste and aroma at its worst. That being said, at its best, it can add a balancing layer of earthiness. Together, the wild organisms make this intriguing sour beer desirable.

Although the style is deemed a beer, the preparation methods are highly comparable to winemaking. Since both are blended, can be barrel-aged in oak barrels, and balance sweetness with acidity, the two don’t seem that different on paper. On top of this, both pair incredibly with cheeses, meats, and fruit! We can guarantee, however, that both have their unique flavors that make them distinctly a wine or a sour beer.

With so many great new sour beer options out there, we highly recommend you give one a try! 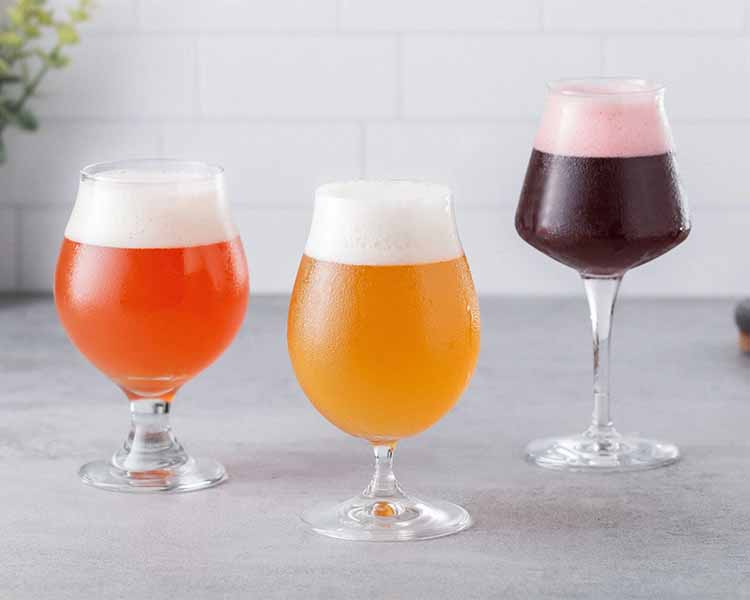