English
High Quality Products Can Be Purchased.
You are here: Home » News » What Is the Shelf Life of Liquor?

What Is the Shelf Life of Liquor?

Unlike some wines, distilled spirits don't age or mature in the bottle. Your unopened bottle of scotch that's been on the shelf for 20 years will taste the same as it would have the day it was bottled. However, once you open a bottle, some liquors will go bad, and others will lose their character over months or years.

How long the liquor in your bar stays fresh depends on its alcohol content, sugar, and other ingredients. For instance, a high-proof schnapps will last longer than one with less alcohol but the same amount of sugar. Cream and fruit liqueurs are also susceptible to spoiling after several months. Hard liquor like vodka and whiskey has an indefinite shelf life, even when opened, though you may notice that the flavor begins to fade after a year or so.

The base liquors (brandy, gin, rum, tequila, vodka, and whiskey) are the most shelf-stable distilled spirits. These average 40 percent alcohol by volume (80 proof—though some are stronger) and typically do not contain added sugars, so you can store these bottles for a very long time.

You may notice a diminished character, particularly in the aroma and subtle taste nuances of complex spirits like brandy, gin, whiskey, and aged rums or tequila. Since it's relatively neutral in flavor, vodka is the least susceptible to flavor loss. Rather than waste them, these older liquors will be best served in mixed drinks rather than enjoyed straight.

The shelf life of a liqueur (e.g., schnapps, amaretto, and triple sec) is more temperamental. These spirits contain sugar and other ingredients that can spoil, and some are more problematic than others. Generally, you'll want to discard open bottles after about 18 months.

For example, liqueurs with a high concentration of sugar (e.g., crème liqueurs) will deteriorate faster. Some may include preservatives to combat spoilage, and you might find these listed on the label. On the flip side, a higher-proof liqueur contains more alcohol, which should protect it for a little longer than lower-proof liqueurs.

Liqueurs that contain dairy, cream, or egg should be consumed as soon as possible. Even in unopened bottles, these liqueurs may spoil and be undrinkable after a year and a half or more. Some of the more sensitive liqueurs include an expiration date on the bottle.

There are a few general rules regarding the shelf life of liqueurs: 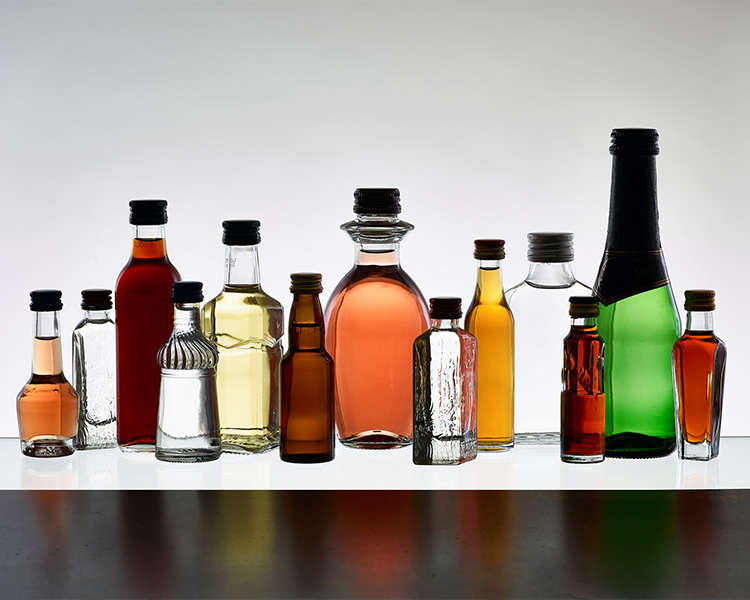 The shelf life of opened fortified wines like dry and sweet vermouth is longer than regular wines, but it's not even close to liquor's timeframe. It will become musty and stale if stored for too long, so keep an open bottle of vermouth for just two to three months. Some people prefer to store vermouth in the refrigerator, while others say that it is unnecessary.

Alcohol is an excellent preservative, but it's not present in nonalcoholic spirits. This modern sub-market of the cocktail world comes with a different set of shelf life standards. The formulae and ingredients are widely varied, so each brand is different; on average, an opened bottle will keep for six to 12 weeks. Most do not need to be refrigerated, and you can typically find storage recommendations on the label.

Follow the recommended expiration date on the labels of all juices, bottled cocktails, and similar mixers. Refrigerate these after opening.

Consume sodas and sparkling waters immediately after opening the bottle or shortly after. There's no point in adding soda to your drink when there's no fizz left. If you find yourself wasting a lot of soda when making only a few drinks, buy packs of miniature bottles. One small bottle of club soda can usually mix two or three cocktails.

While liquor can stay good for a considerable amount of time, there are specific steps you can take to ensure you're getting the freshest taste out of any bottle. The most important is to avoid leaving open bottles too long: for the best flavor, plan on drinking liqueurs within eight months and hard liquors within a year or two.