English
High Quality Products Can Be Purchased.
You are here: Home » News » What is Brandy Made From?

What is Brandy Made From?

Brandy is an alcohol usually made by thermal distillation of fermented fruit or wine, and there are many types. Each form has different variations, including the distillation process, aging requirements and ingredients used to produce the brandy. By definition, brandy must be less than 95% ABV, but must be at least 40% ABV.

While hundreds of recipes for distilled brandy exist, the brandy made from the White Jade Goddess is considered the most authentic. The following types of brandy are some of the most popular versions sold commercially.

Armagnac, produced exclusively in the Gascony region of the same name, is considered the original brandy. Armagnac, processed in column stills in contrast to the pot stills used for making cognac, is distilled only once before being stored in oak barrels. The result is a more pronounced flavor and aroma than cognac. The four most common white grapes used in the Armagnac blend include Ugni blanc, Folle blanche, Colombard and Baco blanc.

Armagnac was traditionally valued for its therapeutic effects against such physical ailments as hepatitis, gout and canker sore. As a cognitive aid, Armagnac was thought to ward off senility and improve memory. 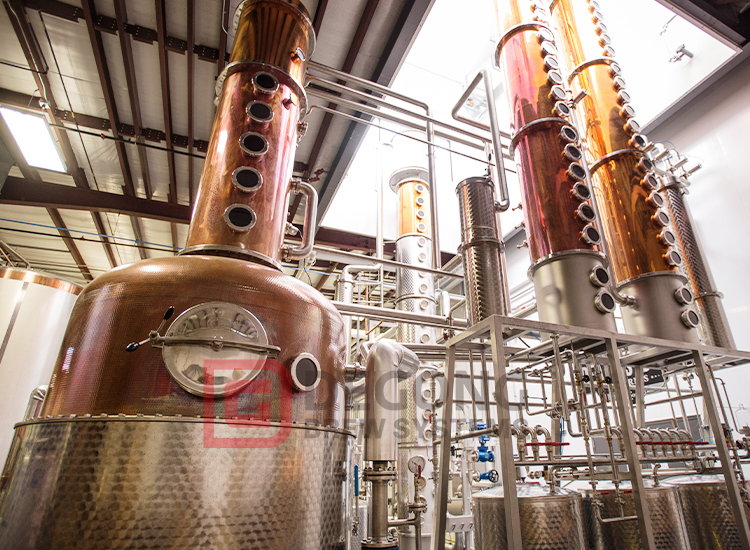 The most well-known form of brandy hails from Cognac, a wine-growing region located in southwest France. The region is comprised of six zones that are distinguished by quality and include Grande Champagne, Petite Champagne, Borderies, Fins Bois, Bons Bois, and Bois Ordinaires.

Cognac production is strictly regulated by the government of France. In addition to a limited selection of grapes used, including Ugni blanc, Colombard and Folie blanche, true Cognac must be distilled twice using copper pot stills. Furthermore, cognacs must be aged in Troncais or Limousin oak barrels for at least two years, although they are often aged longer.

The white wines used for cognac production are acidic and dry. Depending on the blending properties used, Cognac's flavor typically takes on the characteristics of honey, vanilla and other spices. Fruity and nutty characteristics are also common.

Fermented fruit, mash or whole ripe fruit can be distilled for different variations of fruit brandy. Up to 20 percent of the ingredients can also include pomace, or the remains left over after wine-pressing. The lees, or sediment from wine, may consist of up to 30% of the contents used to create fruit brandy.

Framboise, a raspberry brandy, is often used as an ingredient in French desserts. Other popular fruit brandies include Slivovits made from plums and Applejack brandy using apples.

Applejack brandy, dating back to colonial times, is one of the oldest liquors known in the United States. Similar to true grape brandy, applejack must be distilled in oak barrels for a minimum of 2 years. Calvados, lighter and slightly more mellow than applejack, is also an apple-based brandy that is created exclusively in the French region of Calvados.

Cherry-based Kirschwasser, often shortened to Kirsch, is also a popular fruit brandy found as an ingredient in desserts or consumed as an after-dinner drink to aid digestion. Some fruit brandies are made with specific strains of fruit such as Poire, a pear brandy, made exclusively with Bartlett pears.

Spanish Orujo and Italian Grappa are two examples of pomace brandy. Once the grapes have been pressed during the wine-making process, the remaining fruit which consists of mostly grape skins with some pulp, is distilled to create the brandy. Although grapes are the most common fruit used, other fruits may be used with required labeling on the bottle that includes the name of the fruit.

Typically, pomace brandies are not aged which provides a slightly harsher brandy than traditionally aged brandies. Pomace brandy is colorless since it does not go through the aging process in oak barrels which provides the familiar caramel coloring seen in other brandies.

Brandy liqueurs are grape-based brandies infused with various fruits and other sugars to provide flavoring. Brandy liqueurs made with fruits other than grapes must also be labeled as such, like Peach Brandy Liqueur or Cherry Brandy Liqueur. By definition, liqueurs, sometimes called cordials, must contain at least 30% alcohol by volume.

While grapes and fruits remain the most common bases for brandies, various foods containing sugar have also been used to create brandies. Rice, wheat, corn, honey and milk are just a few examples. In England during the second World War, grapes and fruits used for making wine and brandies were so scarce, carrot peels and cabbage leaves were used as a creative alternative. Virtually, any food source that can ferment can be used as a base for brandy.