English
High Quality Products Can Be Purchased.
You are here: Home » News » The wort boiling process

Wort boiling happened in brewing kettle is an important process. Boiled wort quality decided the final beer quality in some way. So, except for the design of brew kettle, how can we control the wort boiling process well?

The wort boiling time has a great effect on the properties of beer.When boiling at normal pressure, the boiling time of light beer (10% ~ 12%) is generally controlled at 1.5 ~ 2h, and the thick beer can be appropriately extended. Boil under the conditions, the time can be shortened by about half.

Reasonably extending the boiling time is beneficial for protein coagulation, improving hop utilization and reducing substance formation, but it is not good for foam performance. Prolonging the boiling time excessively is not only economically unreasonable, but the wort quality will also decrease. For example: dark wort, rough taste, reduced bitterness, poor foam, etc., for light beer.

When the wort is boiled, the water evaporated per hour is equivalent to the percentage of mixed wort, which is the boiling strength: The boiling strength is closely related to the thermal conductivity, shape, heating area, steam pressure, evaporation area of wort, and boiling method of the boiling pot.

PH has a close relationship with protein coagulation, wort color and flavor.

The protein in wort is most unstable at its isoelectric point, and it is easy to coagulate and precipitate. The is oelectric points of various proteins in wort are different. Therefore, at different pH values, the precipitation also occurs first. The ideal pH for wort boiling is 5.2, but this value is difficult to achieve under normal conditions, and it is more difficult to achieve it with hard water saccharification. Generally, when acidification begins or when the wort is boiled, acidification is used to make the Its pH decreases . When the pH value is in the range of 5.2 ~ 5.6, the protein can generally reach a good degree of coagulation. The better the protein coagulation, the better the abiotic stability of the beer. 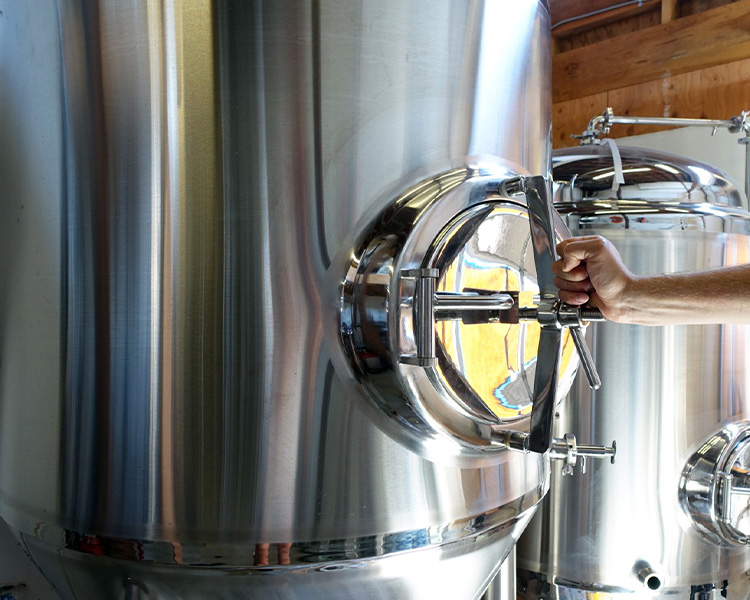