English
High Quality Products Can Be Purchased.
You are here: Home » News » Sanitizing Agents for Brewery

Sanitizing agents (often called disinfectants) are used to reduce the number of microorganisms to acceptable levels in brewing. Sanitizing may be accomplished by physical methods or through the use chemical sanitizers. Physical methods include the use of either hot water or steam to kill bacteria. Chemical sanitizing generally involves either immersing the object in a sanitizing solution for a specific amount of time or spraying/wiping the object with the solution and allowing it to air-dry. Chemical sanitizers differ in their effectiveness on certain microorganisms and in the concentration, temperature and contact time required to kill bacteria. Common chemical sanitizers include chlorine compounds, quaternary ammonium compounds, hydrogen peroxide, peroxyacetic acid, anionic acids, and iodophores.

Some brewers favor steam or hot water for brewery sanitation on the grounds that chemical sanitizers can taint the beer with objectionable odors. To be effective, steam must be wet (not superheated) and free from air.

Chlorine based sanitizers are widely used in the beer brewing industry. Chlorine compounds are broad spectrum germicides which act on microbial membranes, inhibit cellular enzymes involved in glucose metabolism, have a lethal effect on DNA, and oxidize cellular protein. Chlorine has activity at low temperature, is relatively inexpensive, and leaves minimal residue or film on surfaces. In properly blended products, chlorine based sanitizers are relatively non-toxic, colorless, non-staining, and easy to prepare and apply.

Quaternary ammonium compounds, commonly referred to as "quats" or "QACs," are used extensively in breweries because of their stability and non-corrosiveness. They have rapid bactericidal action at very low concentrations but selective biocidal activity. QACs are efficient against gram-positive bacteria but less effective against gram-negative bacteria. They are very effective against yeast and mold too.

Hydrogen peroxide (HP) has a broad spectrum with slightly higher activity against gram-negative than gram-positive organisms.

Peroxyacetic acid (peracetic, PAA) has been known for its germicidal properties for a long time. One of the advantages of peroxyacetic acid is that, once it is dosed into water, there are no vapor issues as with chlorine-based compounds. Its other advantages include the absence of phosphates and foam, and its biodegradability. PAA is relatively stable at use strengths of 100 to 200 mg/l.

Anionic acids are one of the fastest growing sanitizing groups in the craft brewing industry. They are chemicals composed of two functional groups-a lipophilic portion and a hydrophillic portion-which results in a negative charge. The negatively charged anionic acid sanitizers react with positively charged bacteria by attraction of opposite charges.

Iodophores have a wide biocidal spectrum, react directly with the cell, and are not subject to immune species of yeast, bacteria, or molds. These are iodine-containing formulations are usually composed of elemental iodine, a surfactant, and an acid such as phosphoric acid. The surfactant reduces the staining and corrosive properties of iodine, which is stated to be a more effective sanitizer than chlorine at comparable concentrations. 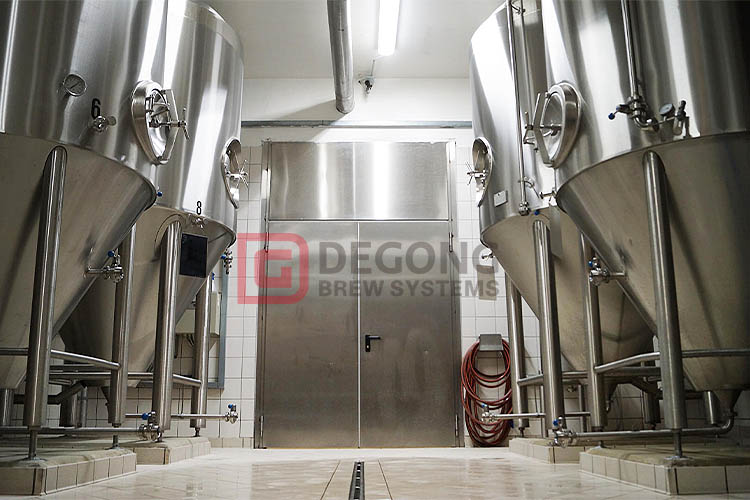