English
High Quality Products Can Be Purchased.
You are here: Home » News » Learn about brandy together

Learn about brandy together

The name brandy comes from the Dutch word brandewijn, which means "shochu". The name is apt, because most brandy is made by heating wine (originally from an open flame). The heat dissipates and concentrates the alcohol naturally present in the wine. Because alcohol has a lower boiling point (172°F, 78°C) than water (212'F, 100°C), it can be boiled while the water part of the wine remains in the distiller. Heating a liquid to separate components with different boiling points is called thermal distillation. Although brandy is usually made from wine or other fermented fruit juices, it can be distilled from any liquid that contains sugar. All that is needed is to ferment the liquid, and the resulting mild alcohol product cannot be heated above the boiling point of water. The low-boiling liquid distilled from wine includes almost all alcohol, a small amount of water and many organic chemicals in wine. It is these chemicals that give the brandy its taste and aroma.

Brandy is easy to make. The fermentation broth boils at a temperature between the boiling point of ethanol and the boiling point of water. Collect and cool the resulting vapor. The cooled vapor contains most of the alcohol from the original liquid and some water. In order to discharge more water and always save alcohol, the distillation process can be repeated several times according to the required alcohol content. This process is used to produce high-quality brandy and mass-produced brandy, but the final product is quite different. 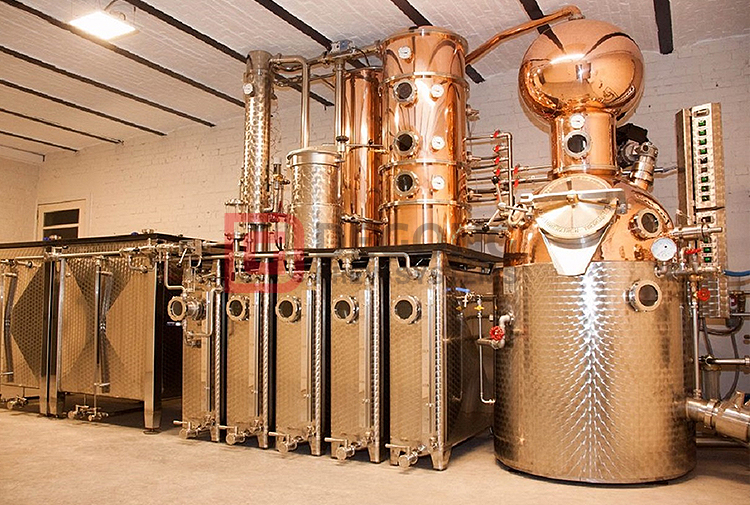 It is also not known when it was discovered that the alcohol in fermented liquids could be concentrated by heat distillation. Distilled spirits were made in India as long ago as 800 B.C. The Arabic scientist Jabir ibn Hayyan, known as Geber in the West, described distillation in detail in the eighth century. Regardless of its origin, alcohol was immensely important in the ancient world. In Latin, brandy is known as aqua vitae, which translates as "water of life." The French still refer to brandy as eau de vie meaning exactly the same thing. The word whiskey comes from the Gaelic phrase uisge beatha also meaning water of life. People in the Middle Ages attributed magical, medicinal properties to distilled spirits, recommending it as a cure for almost every health problem.

The raw materials used in brandy production are liquids that contain any form of sugar. French brandies are made from the wine of the St. Émillion, Colombard (or Folle Blanche) grapes. However, anything that will ferment can be distilled and turned into a brandy. Grapes, apples, blackberries, sugar cane, honey, milk, rice, wheat, corn, potatoes, and rye are all commonly fermented and distilled. In a time of shortage, desperate people will substitute anything to have access to alcohol. During World War II, people in London made wine out of cabbage leaves and carrot peels, which they subsequently distilled to produce what must have been a truly vile form of brandy.

Heat, used to warm the stills, is the other main raw material required for brandy production. In France, the stills are usually heated with natural gas. During the Middle Ages it would have required about 20 ft 4 of wood (0.6 m 4 ) to produce 25 gal (100 l) of brandy.

The fine brandy maker's objective is to capture the alcohol and agreeable aromas of the underlying fruit, and leave all of the off-tastes and bitter chemicals behind in the waste water. Making fine brandy is an art that balances the requirement to remove the undesirable flavors with the necessity of preserving the character of the underlying fruit. Mass-produced brandies can be made out of anything as the intent of the people is to remove all of the flavors, both good or bad, and produce nothing but alcohol—taste is added later. Fine brandies are required to retain the concentrated flavor of the underlying fruit. 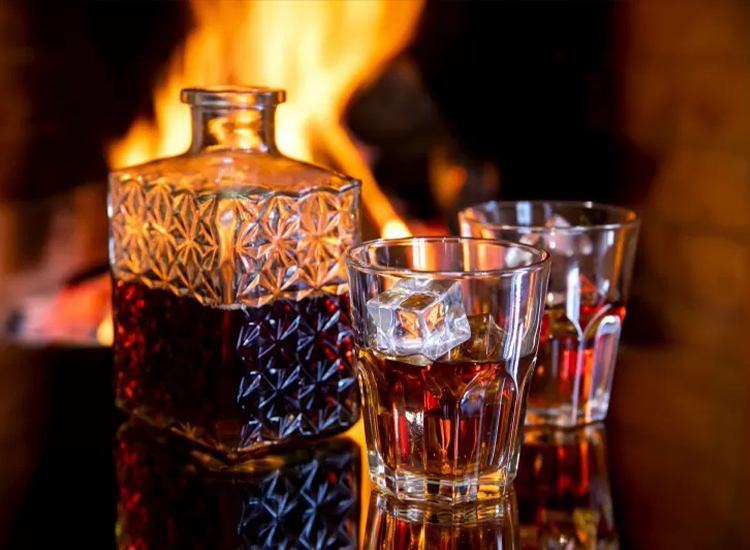 A demonstration against Prohibition.

The Eighteenth Amendment made it a crime to make, sell, transport, import, or export liquor. It is the only amendment to be repealed by another (the Twenty-first). The Prohibition era (1920-1933) had been a long time in coming. From the mid-nineteenth century through the beginning of World War I, a growing movement demanded a prohibition on alcohol. When members of Congress finally bowed to pressure from prohibition supporters and passed a constitutional amendment, many did so under the belief that it would not be endorsed by the states. In fact, a clause was added to make it more likely not be sanctioned: if three-quarters of the states did not ratify the amendment before seven years had expired, it would be deemed inoperative.

The amendment was passed by Congress in December 1917 and ratified by three-quarters of the states by January 1919. The popularity of the amendment disappeared soon after it was put into effect. The Volstead Act of 1919 banned beer and wine, something few people had anticipated, and in the minds of many Prohibition became a mistake. Crime rose as gangsters took advantage of the ban on alcohol by making huge profits in bootlegging and smuggling. When Franklin D. Roosevelt campaigned for president in 1932, he called for the repeal of Prohibition. His opponent, President Herbert Hoover, called it "an experiment noble in motive." Roosevelt won the election and his Democratic party won control of the government. Within months the Eighteenth Amendment was repealed.