English
High Quality Products Can Be Purchased.
You are here: Home » News » How to reduce oxygen intake during beer bottling?

How to reduce oxygen intake during beer bottling?

Oxygen can have a very negative impact on the taste and taste of beer. Every brewer wants to minimize the amount of oxygen in their brewed beer. Here are some suggestions for reducing your oxygen intake during bottling. .

2. The residual water in the cleaning bottle should be less than 5 drops, the less the better;

5. Before filling the beer, use CO2 to top off the residual water in the beer delivery pipeline, and use CO2 to prepare the beer tank of the filling machine. Strictly implement the packaging operation rules, control the pressure of the beer tank, and ensure that the beer CO2 will not overflow. 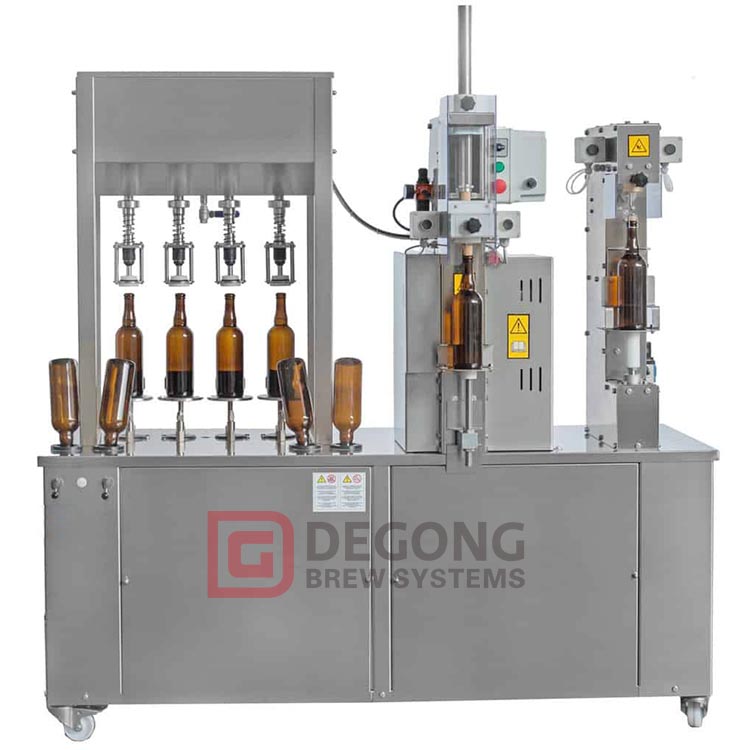 7. It is strictly forbidden to refill the dissatisfied beer;

9. The bottleneck air of the finished beer is generally controlled at about 1.0mL, and the dissolved oxygen is controlled at about 0.10ppm, which reduces the influence of oxygen on the quality of the beer, improves the flavor stability and abiotic stability of the finished beer, and prolongs the shelf life of the beer. Good economic and social benefits have been achieved.