English
High Quality Products Can Be Purchased.
You are here: Home » News » How to Increase Hop Aroma in Beer

How to Increase Hop Aroma in Beer

Hops are harvested once a year, starting in mid-August and ending in early September. Hops are used in the brewing process to add aroma and bitterness. Typically, all beers contain at least one hop variety, in order to balance the sweetness of the malt with the bitterness of the hop. The strength of the hop character can be determined by the quantity of hops put in and at what point during the brewing process it occurs. In general, the later hops are added the more aromatic the beer becomes, but it takes ample trial and error to find the perfect time to add the perfect hop in order to create your desired flavor.

The principle ways to add hop aroma to beer are as followed:

Occurs when hops are directly added to the mash tun. This creates character to the beer, but adds little to no bitterness.

At the beginning of the lautering process, hops are added to the boil pot. This creates a smoother blended beer with little aftertaste.

Added to the bulk of the boil. When the hops are boiled, alpha acids are released, creating bitterness.

Aromatic hops that are added in the last 5-15 minutes of the boil are what are known as late hop additions. This method adds aroma and aromatic oil to the beer.

Adding aromatic hops after the fermentation process is already complete. The hops are added in the secondary fermenter or a keg and are left for up to several weeks. This creates a strong hoppy aroma.

A device that is inserted in a line as beer and is transferred and cooled from the hot boiler to the fermenter. Its purpose is to transport hop oil and aromas that would otherwise be boiled off in a boiler. It minimizes surface contact between the hops and hot wort while separating the hops from the brew kettle.

One may use a combination of the above practices to achieve even more hop aroma flavors. 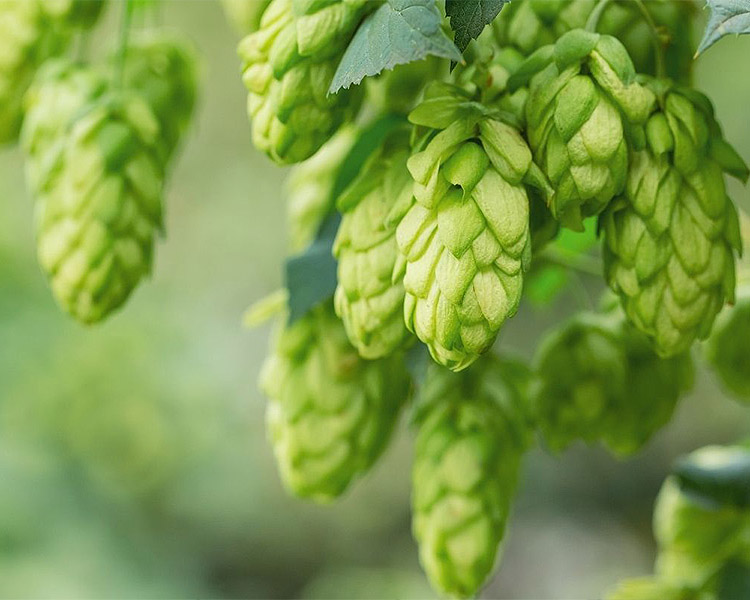 The whole hop flower is dried.

Has less surface area exposed to worth so many are required to achieve bitterness.

More susceptible to oxidation and degradation than plugs and pellets.

Requires less than the whole leaf, but more than the pellet to achieve bitterness.

Will soak up more wort than pellet hops.

Easiest to store as they take up the least amount of room.

How to Store Hops

Store hops in an airtight, sealed container out of direct sunlight and at 54F. Keeping hops away from oxygen and as cold as possible are important as oxygen strips the oils that create the hoppy flavor and bitterness.