English
High Quality Products Can Be Purchased.
You are here: Home » News » How Should Hops Be Stored?

How Should Hops Be Stored?

Oxygen is the number one enemy of hops. Oxygen can oxidatively polymerize alpha acid, losing its original taste and antiseptic ability. The polymerized hard resin such as gamma resin is one of the main sources of bitterness after hops. The oxidation of high molecular polyphenols in hop polyphenols will give beer a rough bitter taste. The oxidation of the aroma substances in the hops will lead to the disappearance or change of the aroma characteristics of the hops, but sometimes the oxidized hops will have a relatively obvious ester aroma. In order to isolate oxygen, most often use vacuum or nitrogen-filled packaging.

Vacuum packaging: Hop particles, especially those with high oil content, are often pressed into a whole, which is very strong, not easy to break, and inconvenient to use. It is considered to be a good thing, so this kind of packaging has become less and less.

Nitrogen-filled packaging: There is a large amount of nitrogen in the aluminum foil bag, and the hop particles are not adhered to each other, which is convenient to use.

Oxidized hops should not be thrown away at will. They can be added in small amounts at the end of boiling as fragrant flowers in wheat brewing.

The recommended storage temperature for hops is that the upper limit is not higher than 4℃. Above this temperature, the alpha acid begins to attenuate significantly, and polymerizes to form gamma resin, which produces a bitter taste and affects the quality of hops; there is no requirement for the lower limit. Low temperature is conducive to maintaining the original quality of hops. When the temperature is below 0℃, the shelf life can be up to five years.

The disadvantage of freezing far below 0℃ is the change of hop morphology. The hop particles themselves contain about 8% moisture. The moisture freezes at the freezing point and the volume expands. Once the temperature returns to normal, the particles will become scattered and oxidized very quickly after contacting the air. Therefore, it is recommended that the storage temperature be between 0-2℃. It is recommended to pack the hops into small packages that are convenient for use at low temperature to avoid the particles in the large bag from being broken and oxidized when the hops are taken.

Lighting will change the color of hops to off-white, and a large amount of aroma components will be lost. Therefore, all hops currently on the market are packaged in aluminum foil bags. If there is no aluminum foil bag when repacking, you can use a transparent ziplock bag + black paper wrapping instead.

Hop storage environment, the relative humidity should not be higher than 60%. Excessive humidity will lead to: 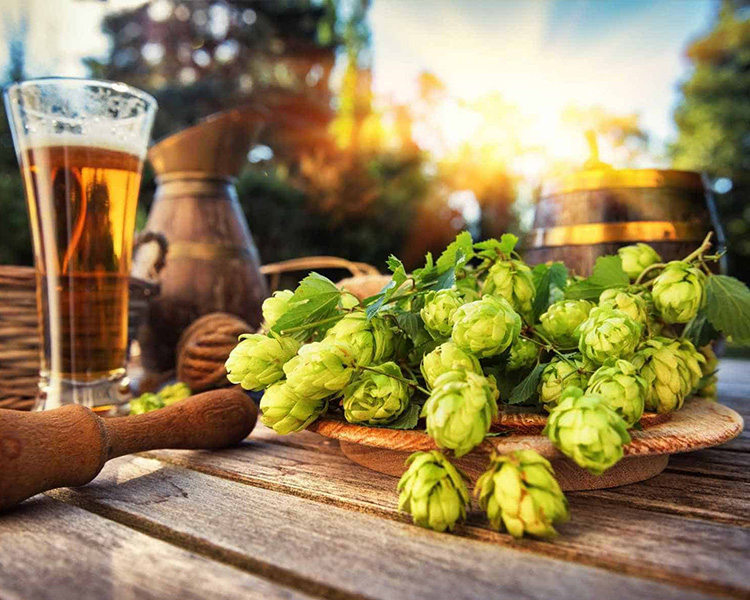