English
High Quality Products Can Be Purchased.
You are here: Home » News » How Brewing Beer Works-DEGONG

Brewing is the process used to produce beer or any other alcoholic beverage. Basically, the process involves soaking barley (the source of starch) in water and letting the mixture ferment. Yeast is added to the mix to speed up the fermentation process and convert sugar into alcohol. In some cases, millet and sorghum are used as a source of starch. The brewer must adjust the process so that he or she achieves the desired results in the final stages of brewing. Below is a detailed overview of the entire process. The information here will help beer connoisseurs understand how brewing works.

Milling involves the process of getting the source of starch ready for brewing. In this stage, the brewer crushes the malted barley or any other brewing grain. Milling exposes the starchy part of the grain that is converted into the fermentable sugars.

In this stage, the brewer ensures that the grain isn’t crushed too much as this can destroy the husk that needs to be protected because it serves as a natural filter bed for the brew. On the other hand, if the crush is too coarse, the brewer will not get enough starch from the grain. 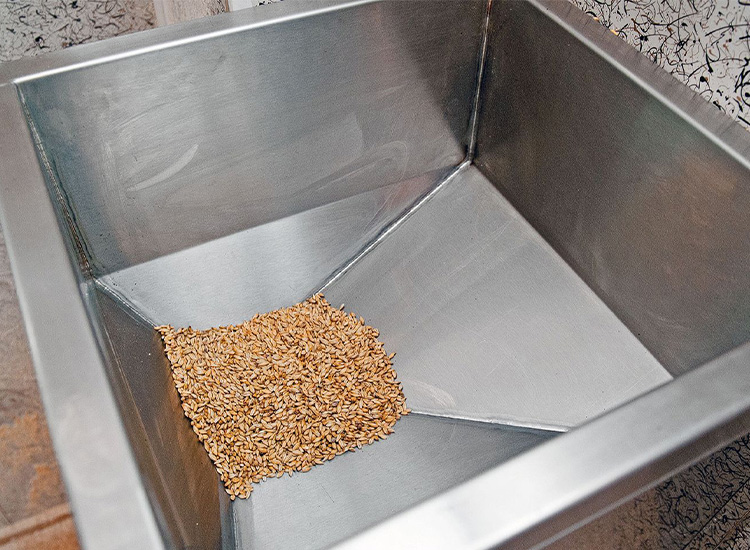 After the grain has been crushed, it is placed into a mash tun, an insulated vessel that supports the mashing process. The crushed brew grain is then mixed with hot water. The temperature in this water activates the enzymes in the barley, which convert starch into sugar. Ideally, the enzymes in malted barley are alpha-amylase and beta amylase.

On the other hand, regulating the temperatures in a mash tun dictates the type of sugar a brewer will get. For instance, when the brewer raises the temperature to a range of between 149 and 153 degrees Fahrenheit, he or she activates the alpha enzymes that produce a brew with a sweet taste. 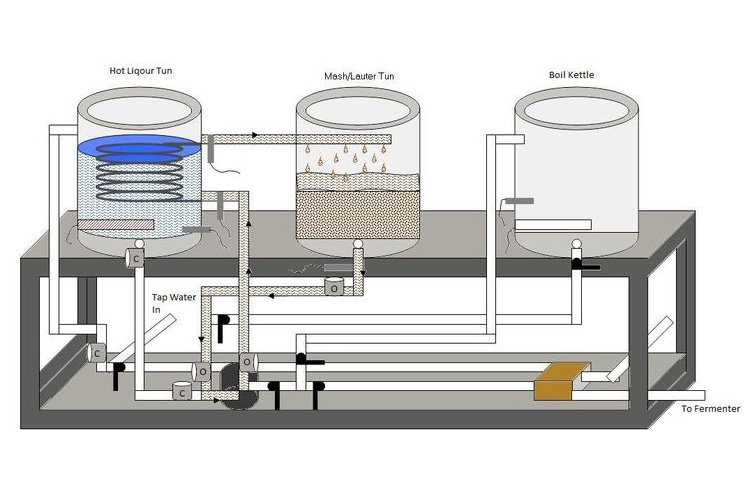 Lautering is the process of separating the solid mash from the sweet liquid paste that is also known as wort. In this process, the mash is drained to a Lauter tun with a false bottom. In this vessel, the fermentable liquid is drained away from the solid mash. Hot water may be added to extract any remaining sugars in the whole grain mash. During this process, the brewer takes caution not to add too much water, which can spoil the bitter tannins in the sweet and sticky fermentable liquid.

After the sweet and sticky fermentable liquid has been separated from the solid mass, it is placed in a large brew kettle to boil for as long as one or two hours. The boiling chamber has double walls separated by a gap where steam circulates to offer an even and vigorous heating. The fermentable liquid is held in this tank for as long as 90 minutes.

During this process, the brewer adds boiling hops into the wort. The boiling hops give the wort a bitter taste. The hops are added to the wort near the end of a boil. However, a brewer may add the hops a quarter an hour before the end of the boil. These hops add both flavor and aroma to the brew. Besides adding flavor and aroma to the beer, the boiling process also sterilizes the mixture.

After the end of the boiling process, the brew is drained into a whirlpool chamber. In this chamber, the remaining hop matter, coagulated matter, and any other liquids in the brew are filtered off. Afterward, the brew is quickly cooled down.

The cool and filtered brew is drained into a fermentation chamber, also known as a fermenter, and yeast is added. Usually, this large chamber is made of steel. Yeast converts the fermentable sugars into ethyl alcohol and carbon dioxide gas. The brew is left to ferment at a constant temperature of 68F in the fermentation chamber for about two weeks.

If the brewer wants to make a lager, he or she will maintain the temperatures at 48, and the fermentation process will last for more than six weeks. Also, this is the stage where the brewer decides whether to make a lager or ale. In case the brewers want ale, they use ale yeast and if they want a lager, they use lager yeast.

During this stage, the brewer has to monitor the temperatures carefully since fermentation produces a substantial amount of heat. When the fermentation ends, the yeast settles to the bottom of the tank where it can be removed. Then, the brew is cooled to 32F as a way to get rid of remaining yeast and any other protein residues. 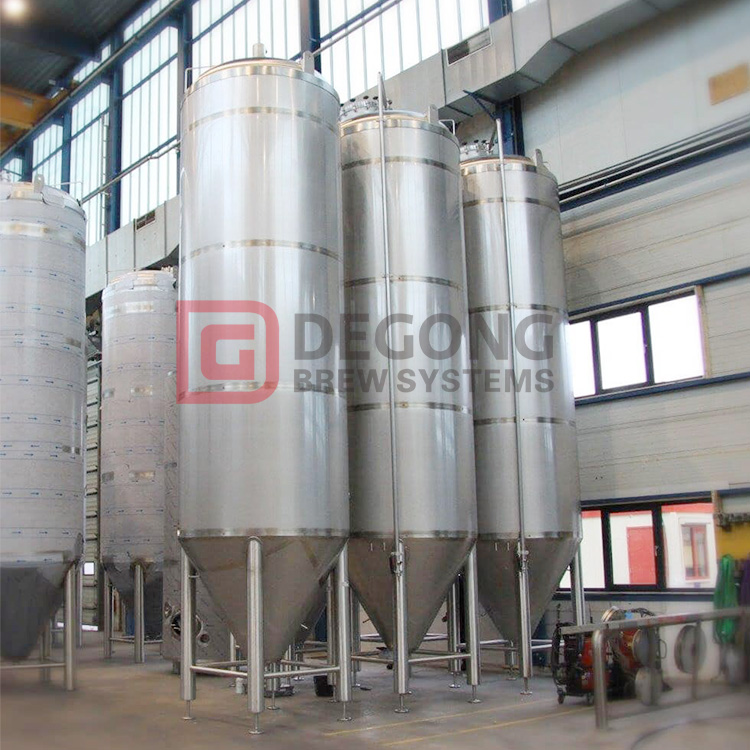 In this step, the brew is pumped into a bright beer tank. Since this is the last stage of brewing, the brewer has to ensure that his or her brew attains the required commercial grade. As such, he or she may mechanically filter the beer, and add the necessary amount of carbon dioxide. After ascertaining that the brew has the required flavor, it is free of residue, and it meets the commercial standards, the brewer packs it in sealed bottles, cans, or kegs. From here, the brew is ready for market.