English
High Quality Products Can Be Purchased.
You are here: Home » News » Head, heart and tail during distillation.

Head, heart and tail during distillation.

During the distillation process, there are three traditional “sections” of the distillate as it runs off the still. Throughout the industry, these are known as the Head, Heart, and Tail.

But what do these mean in practical terms? What are they, and what role do they play during the distillation process?

The rest of the head constitutes the part of the distillate up to the choice where the distiller starts collecting the ethanol. This is known as the “first cut” from the head to the heart.

Heads contain light, ethereal aromas, but also a significant portion of the methanol being distilled. It is thus a creative choice from the distiller where to cut the heads, to include as much light aroma while excluding methanol. 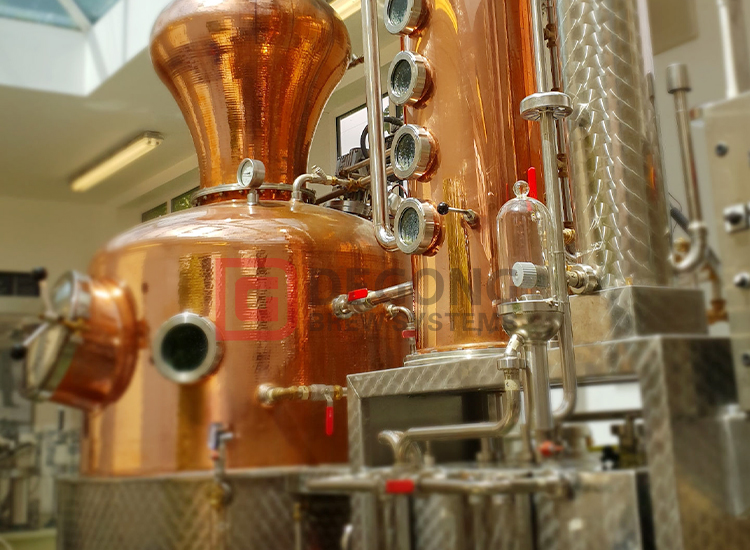 The “heart” is the main body of the distillate that the distiller keeps. It is the part of the process where most of the ethanol comes through the still, and also contains pleasant flavour compounds. How much of the distillate to keep as the heart before the “second cut” that begins the tail is a creative decision. Heavier, richer flavours obviously appear further along the distillation — as do unpleasant, water-soluble flavours that are plainly unwanted.

Finally, we come to the tail. Once the second cut to the distillate has been made, the still is stopped, but the pot takes a long time to cool down—so much so, that the wash stops evaporating. The liquid that continues to run off the still is called the “tail.”

For us, the tail is only the distillate that has made it into the condenser, as the remaining distillate in the column and basket’s chamber runs through pipes back to the wash.

In conclusion, the Head, Heart and Tail are fundamental distillation characteristic that a distiller needs to intrinsically understand in order to perfect the craft. There are not equal amounts of heads, hearts, and tails volume. Therefore, the distiller will need to pay close attention throughout the duration of the distillation run to determine when the “heads cut” or the “tails cut” needs to be made.