English
High Quality Products Can Be Purchased.
You are here: Home » News » Facts You Need to Know About Rum

Facts You Need to Know About Rum

Rum is the oldest spirit that has been discovered and the first spirit to be manufactured and distilled for non-medical purposes. Most historians agree that the first-ever rum was distilled in the 1620s in the Caribbean and West Indies regions.

With such a long background, countless stories and myths have been built around it. Therefore, we researched and compiled the most interesting facts about this versatile spirit. Some might not be accurate, so take it with a pinch of salt. Let’s begin!

1: The Origins of the Word “Rum” Is Unclear

The etymological origin of “rum” is still uncertain. There are several hypotheses about it and none of them seems to provide enough evidence for it. The first hypothesis comes from the British etymologist Samuel Morewood, who suggested that the term “rum” might be a shortened version of the Latin word for sugar cane “Saccharum Officinarum.”

Secondly, it could also come from the word “brum,” used in the 14th-century by Malay people to name a sugar-based spirit. Still, some others claim that the term is inspired by the Dutch term “rummers”, which refers to the oversized drinking glasses used by sailors from the Netherlands during a time when Dutch settlers farmed sugar cane in Barbados.

Nevertheless, the most accepted theory is that the word could be a shorthand for the British slang “rumbullion,” used to describe a “great tumult” and liquors from sugar cane stalks. This makes more sense since early rum was considered as a hot and strong drink, and the slang is a combination of the adjective “rum” (“strong” or “potent” in Romani) and “boullion” (“hot drink” in French). 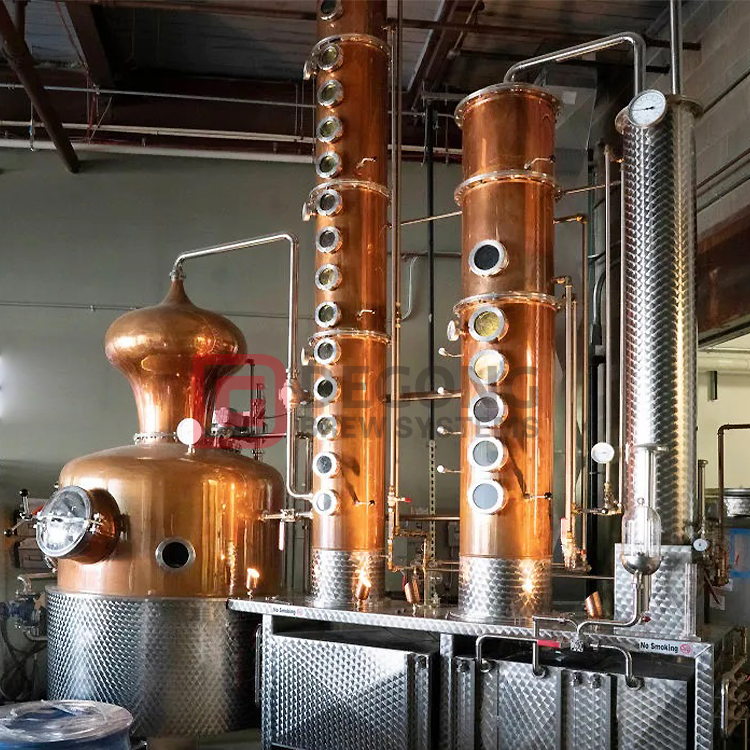 2: Rum Was Used as a Medicine

Since Arab scholars developed the art of alchemy and distillation during ancient times, there has been a widespread belief that fermented drinks have medicinal benefits. By the early 19th-century, physicians used to prescribe alcoholic beverages for all sorts of medical treatments, from snake bites to disease control.

Moreover, pirates drank it to prevent diseases such as flu, scurvy, as well as to eliminate stress. In fact, rum was considered a great antiseptic to clean wounds and to prevent infections; it was a kind of salve to the pains of toil.

After 1850, the rise of scientific medicine discredited the therapeutic value of alcohol. Eventually, alcoholic beverages were removed from the list of scientifically approved medicines. In 1917, the American Medical Association stated, “we believe that the use of alcohol is detrimental to the human economy, and its use in therapeutics as a tonic or stimulant or for food has no scientific value.”

Yet, during Prohibition in the United States, the law allowed the medicinal use of alcoholic beverages through a physician’s prescription. At that time, pharmacies were the main sale points of spirits.

3: Rum Was Used as a Trading Currency

Rum was such a valuable item in the 18th-century that it was used in commercial exchanges. At first, English privateers used it to trade; sailors also received barrels of rum as a form of payment as part of their benefits package. However, some of these privateers became pirates so rum was also used as a trading currency between pirates and this is one of the reasons they have been associated with the sugar cane beverage throughout history.

Around 1790, rum was a currency in Australia. The first two decades as a British colony were very challenging, especially because of the shortage of any sort of money and the difficulties to establish an acceptable currency. That was the moment when rum began to be used as means to purchase goods and services.

The problem with rum as a currency was that many people drank it rather than use it to buy the things they needed. Still, over the years, the trade in this spirit grew more and more until it became the most popular form of currency for a while.

Unfortunately, rum was also used in the slavery triangle for almost three centuries. This triangle carried slaves, cash crops, and manufactured goods between America, the Caribbean, and West Africa. The colonial molasses trade consists of transporting sugar to America where it was distilled to rum.

4: There Is No Universal Rum Regulation

Nowadays, there is no universal law to regulate rum production; what is legal in one country might not be allowed in another. Each region where this spirit is made has developed specific guidelines for which beverages can be classified as rum.

For instance, in the Caribbean, rum is defined by the CARICOM regional standards as:

“A spirit drink distilled at an alcohol content of less than 96.0% alcohol by volume at 20 C.”

An alcoholic distillate from the fermented juice of sugar cane, sugar cane syrup, sugar cane molasses, or other sugar cane by-products, produced at less than 190 proof (95% ABV) in such manner that the distillate possesses the taste, aroma, and characteristics generally attributed to rum, and bottled at not less than 80 proof (40% ABV); and also includes mixtures solely of such distillates.

In the case of the European Union, it defines rum as:

A spirit drink produced exclusively by alcoholic fermentation and distillation, either from molasses or syrup produced in the manufacture of cane sugar or from sugar cane juice itself and distilled at less than 96% ABV, so that the distillate has the discernible specific organoleptic characteristics of rum.

In the case of Australia, Food Standards Australia and New Zealand defines rum as “a potable alcoholic distillate, which, unless otherwise required, contains at least 37% ABV, produced by distillation of fermented liquor derived from food sources, so as to have the taste, aroma and other characteristics generally attributable to rum.”

5: Rum Get Drier with Age, No Sweeter

The persistent misperception that rum is sweet might come from the issue that casual drinkers have only consumed rum mixed with fruit juices and syrups in overly sugary cocktails. Although rum is made from sugar cane, its sugar content is consumed by yeast during fermentation—the chemical process that turns sugars into ethanol. It converts nearly all of the sugars in a mash into alcohol and other non-sugar organic components such as esters.

By the time fermentation completes, no sugar remains in the fermented mash. Straight off the still, freshly distilled alcohol has essentially no sugar in it. Even if the mash has residual sugar, very little will remain after the distillation process. So, the sugar that goes into the still does not come out the other side.

Another reason to think that rums are sweet is that some of them are, in fact, sweet. Some natural sweetness like caramel, sweetened wines, or glycerol (which gives the perception of sweetness) can be added during aging. This is a common practice for some distillers, particularly those that produce premium rums. The purpose is to make the rum seem thicker, smoother, and more luxurious.