English
High Quality Products Can Be Purchased.
You are here: Home » News » Dos and Don'ts of Brewing Lagers（1）

Dos and Don'ts of Brewing Lagers（1）

Lager is a derivative of the German word lagern, which originally meant “to store”. The original beer style was the result of long-term storage in caves deep underground. Although a typical ale can be brewed, bottled, and consumed within two to three weeks, Lager beer can take weeks or even months to mature. As the temperature drops, the metabolism of most organisms begins to slow down. This is a natural law, and yeast cells are no exception.

Although Lager beer fermentation and malt beer fermentation have gone through almost the same stages, Lager’s fermentation speed is much slower due to the lower temperatures involved. Only by waiting for each stage of the fermentation and conditioning process to proceed at its own pace, can beer brewing be successful. If any process of beer production is to be shortened, it will increase the possibility of peculiar smells, which will be regarded as defects in the finished beer.

If the odor has already developed in Lager beer, it is best to wait a few more days to fill the beer. Also, Lager beer usually has some unusual aromas during the fermentation process, such as burnt matches and other sulfur characteristics. Of course, over time, these characteristics usually disappear, leaving a clean-finished beer. When storing Lager beer, you need to have enough patience to wait for the beer to finish.

Appropriate temperature control methods can still be used for winemakers who are unwilling or unable to invest in a device dedicated to controlling the fermentation temperature. Remember, beer brewing technology predates modern refrigeration technology. You can put the fermentation tank in a colder place, such as a basement or garage. If you live in a particularly hot area, you may need to limit the beer brewing time to the colder winter. But you need to remember that the temperature of the air changes much faster than liquid. Also, you need to protect your fermenter from direct sunlight (you should do this whether you are worried about the temperature or not) and use some form of the lid to insulate it. Although the temperature during the day and night may differ by 20-30°C, the temperature of the fermentation tank will only fluctuate by a few°C during the same period. This fluctuation is within the acceptable range of most marketable yeast strains. 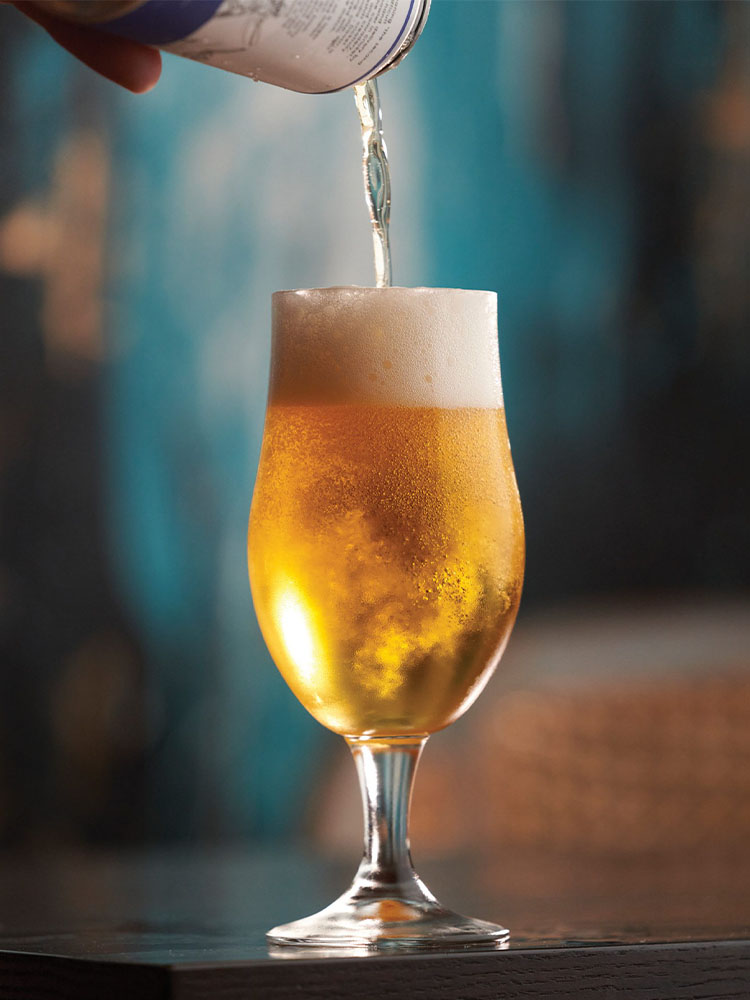 Nowadays, brewers can use more high-quality yeast strains than ever before. The best option is to use a liquid yeast strain or culture to ferment real Lager beer at a suitable fermentation temperature. Although these yeast strains are more expensive than dry yeast strains, they generally provide better and more consistent results, especially for a beer that requires lower temperatures.

Liquid yeast strains usually have excellent purity and performance. They have different yeast strains to choose from to produce a variety of specific Lager beer. Also, most yeast suppliers can provide information about the optimal fermentation conditions for a particular yeast strain. Even brewers located in remote areas can get high-quality liquid yeast strains by mail.

Although the use of liquid yeast strains to brew beer is a great suggestion, it is also very important to use yeast starters when brewing Lager beer. Keep in mind that as the fermentation temperature decreases, the rate of yeast metabolism slows down greatly. In the critical growth stage after inoculation, yeast cells are multiplying to provide enough yeast cells for fermentation. Lowering the fermentation temperature may prolong the growth stage of yeast. This situation may result in unacceptable fermentation time, which will allow bacteria to multiply and leave the possibility of contamination.

The best way to avoid this problem is to inoculate more yeast, usually two to three times the number of yeast required for fine wine fermentation. The best way to achieve this goal is to add the healthy yeast slurry harvested from the previous batch of beer to the yeast or to make a yeast starter before the actual brewing.

Irish Moss Is Used When The Wort Is Boiled

Protein is the main ingredient that causes beer turbidity. Also, beer and protein residues (sediment collected at the bottom of the fermentation tank) will produce a peculiar smell for extended contact time in the fermenter. This is particularly important for Lager beers because they have a longer fermentation time than malt wines, and the low fermentation temperatures used in Lager beers can cause protein precipitation. When the wort is boiling, the addition of clarifying agents such as Irish moss can cause the protein to precipitate (drop out of the solution). So, many proteins can be prevented from entering the fermentation tank and causing damage to the beer. Of course, this also creates a brighter and cleaner beer product.