At DEGONG, we've made it our business to do what others can't. We're constantly pushing the boundaries of what's possible to ensure our clients get exactly what they need. If you are looking for efficiency, our brewhouse designs can achieve up to 95% efficiency. No matter the challenges, we'll help you brew the beverage you've always dreamed of.
Product Description

You will find complete breweries and all the individual facilities intended to produce and sell beer.

Breweries – fully equipped basic sets of the beer production equipment. Recommended basic configurations of breweries. They include breweries of all production capacities from the smallest home breweries, throuhg medium-size craft breweries for restaurants up to big industrial breweries for production large volumes of beer. Prices do not include installation work and transport costs. They will be calculated individually according to each place to delivery and installation. We offer all our breweries also in other configurations than listed. We can send you our offer for a brewery according to your individual requirements.

The brewhouse system consists of the following four main parts:mashing,lautering,boiling/kettle,whirlpool.

The heating sources have three types:electric,direct fired and steam.If it is steam heating,then you will equip a boiler(options:electric boiler,gas boiler and diesel boiler) 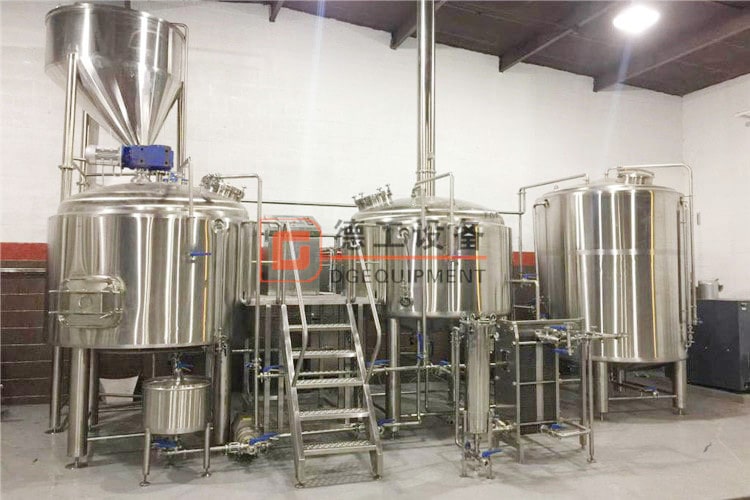 Mash mixers (sometimes refered to as mash kettles) are generally where the initial brewing activity occurs. The varying types of milled grains (typically malted barley and supplementary grains that make up the "grain bill") are soaked in warm water to extract their natural colors, flavors and sugars. This steeping process defines the act of brewing.

Mashing allows the enzymes in the malt to break down the starch in the grain into sugars, typically maltose to create malty liquid called wort.  There are two main methods – infusion mashing, in which the grains are heated in one vessel; and decoction mashing, in which a proportion of the grains are boiled and then returned to the mash, raising the temperature.  Mashing involves pauses at certain temperatures, and takes place in a "mash mixer", an insulated brewing vessel with an agitator for mixing.  The end product of mashing is called a "mash".

Mashing times can vary depending on raw material and brewing style.  During this time the various temperature rests activate different enzymes depending upon the type of malt being used, its modification level, and the intention of the brewer.

In the lautering process, the wort (the liquid containing the sugar extracted during mashing) is separated from the grains.  This is done either in a lauter tun outfitted with a false bottom or in a mash filter. Most separation processes have two stages:  first wort run-off, during which the extract is separated in an undiluted state from the spent grains, and sparging, in which extract which remains with the grains is rinsed off with hot water. The lauter tun false bottom is designed to hold back the large bits of grist and hulls.   The bed of grist that settles on it is the actual filter.  Lauter tuns have provisions for rotating rakes to cut into the bed of grist to maintain good flow. When the process is complete, a plow can be dropped to drive the spent grain out of the vessel. 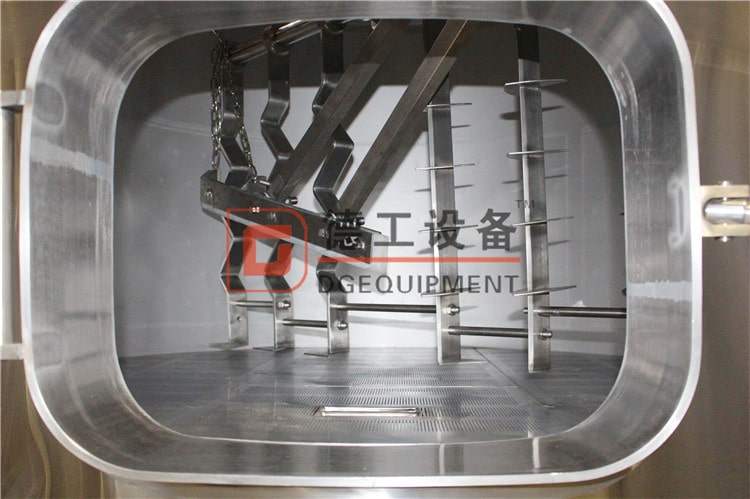 This is where things really get cooking!  In the brew kettle, once the wort is boiling, hops and other flavorings are added.  Chemical and technical reactions take place in the boiling process, including sterilization of the wort to remove unwanted bacteria, releasing of hop flavors, bitterness and aroma compounds, stopping of enzymatic processes, precipitation of proteins, and concentration of the wort.  The boil should be conducted so that it is even and intense – a continuous "rolling boil". The boil on average lasts between 45 and 90 minutes, depending on its intensity, the hop addition schedule, and volume of water the brewer expects to evaporate.   At the end of the boil, solid particles in the hopped wort are separated out, usually in a separate “whirlpool” vessel.

At the end of the boil, solid particles in the hopped wort are separated out through the whirlpool process.  This forces "trub" (denser solids consisting of coagulated proteins, vegetable matter from hops) into a cone in the center of the whirlpool tank.  Brewhouses can be designed where the whirlpool process is done as a separate step inside the brew kettle or where a dedicated whirlpool vessel is added.  Whether you are leveraging a brewkettle/whirlpool or a dedicated whirlpool tank, we believe in a nearly flat bottom whirlpool with a slope to side.  To assist the brewer with trub removal, we insert a nozzle flush with the side of the vessel and from the outlet that acts as a high-pressure hose connected to either brew water or hot liquor.  Dramatically reducing the time you have to spend with a hose cleaning out the tank. 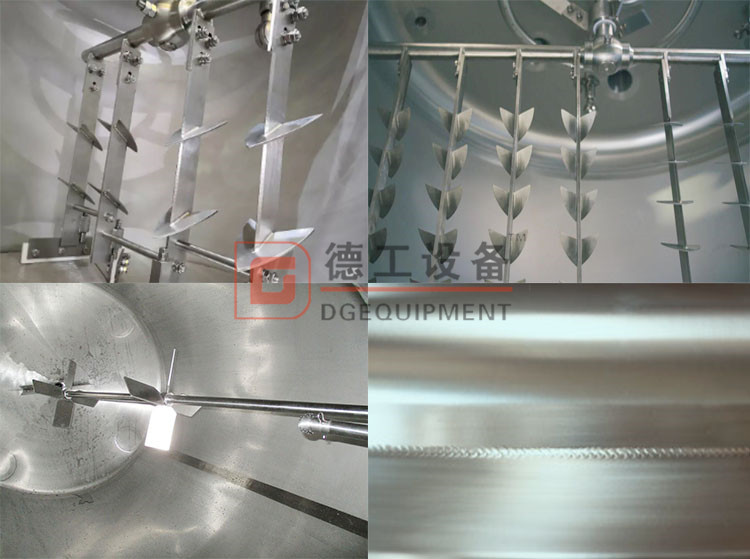 In our excellent collection of brewing equipment, we offer our clients premium quality Microbrewery Equipment. This brewery equipment is well-manufactured by the use of premium quality components, basic material and sophisticated technology.