Types of Piping and Tubing Used in Brewhouses

Currently, several different kinds of piping and tubing are used in most breweries. Different pipes can be used depending on the application.

Black Pipe is a type of plumbing pipe that is mainly used to carry water into the brewhouse for use in the brewing process and liquid effluent out of the brewery into the wastewater system. Other types of pipe can be used for these applications, but black pipe is cost-effective and easy to get. The black pipe needed may already be included in the existing plumbing of the building. 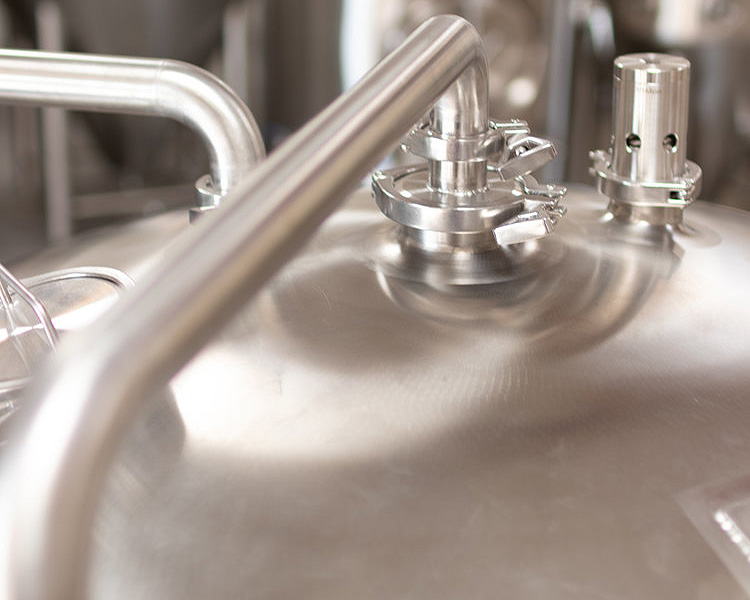 Galvanized pipe is a type of steel piping coated with zinc to resist corrosion. When used to move water, the zinc can react over time and cause build-up that can clog the pipe or even cause it to burst. Using galvanized pipe in a closed system where it is not exposed to oxygen can help this problem.

One drawback to steel and galvanized piping is that it needs to be connected with glue, solder, or mechanical connections, which eventually begin to leak or wear off. These leaks can cause damage to the brewhouse and lead to mechanical failures during the brewing process.

Copper pipe is considered superior to other kinds of metal piping due to its strength and durability, but it is also susceptible to corrosion and leaking at the seams and connection points of the piping. Copper is also more expensive than most other types of piping.

PVC pipe is inexpensive and is used in the chilling process by many brewers. Some experts caution, however, that PVC can in rare instances, fail, and when it does so, it fails catastrophically. PVC also reacts with various chemicals and can deposit some of its own chemicals into the liquid that passes through it.

ABS Plastic piping is similar to PVC but will not burst even in rare instances. It is easy to install and repair, but can absorb and leach some chemicals into the beer in small amounts.

Polypropylene-R pipe offers significant benefits over all other kinds of piping, especially for chilling applications involving propylene glycol. PP-R is non-reactive with any other chemicals, even in the case of fire or extreme temperatures. PP-R is more expensive than other kinds of piping, but has a 60-year life span. PP-R also uses heat fusion to connect pipes, which unlike metal fittings or even PVC joints offers a complete seal that will never fail.