English
High Quality Products Can Be Purchased.
You are here: Home » News » Bitterness Levels in Beer

Beer bitterness is expressed as International Bitterness Units (IBUs), which represent a measurement of the intensity of the bitterness of the beer.  It is not a measurement of iso-alpha acids in beer, as is thought by many brewers.  However, 1 IBU is usually assumed to be equivalent to 1 mg of iso-alpha acid in 1 liter of water or beer.  The beers brewed today show a wide range in their levels of bitterness.  Lagers brewed in the United States range in bitterness from 12 to 15 IBUs for the large brewers, while UK ales range in bitterness from about 16 to 50 IBUs.

Homebrewers and some craft brewers lacking sophisticated equipment for estimating bitterness levels have devised a system for estimating the bitterness for a given volume of beer that is expressed as homebrew bitterness units (HBUs). HBUs are the same as Alpha Acid Units (AAUs). The major drawback of the HBU system is that it is a measurement of the amount of hops being added to the beer, not the amount of bitterness in the final product.

Commercial brewers measure the alpha acid content in a laboratory; then, after a few test batches in the pilot brewery, they adjust the hopping rate to the International Bitterness Units (IBUs) desired in the beer. To ensure consistency, large brewers purchase huge lots of hops and blend for uniform consistency throughout the year. Furthermore, virtually all large breweries blend beer to even out the fluctuations in bitterness from batch to batch, and add hop extracts to further adjust the bitterness. 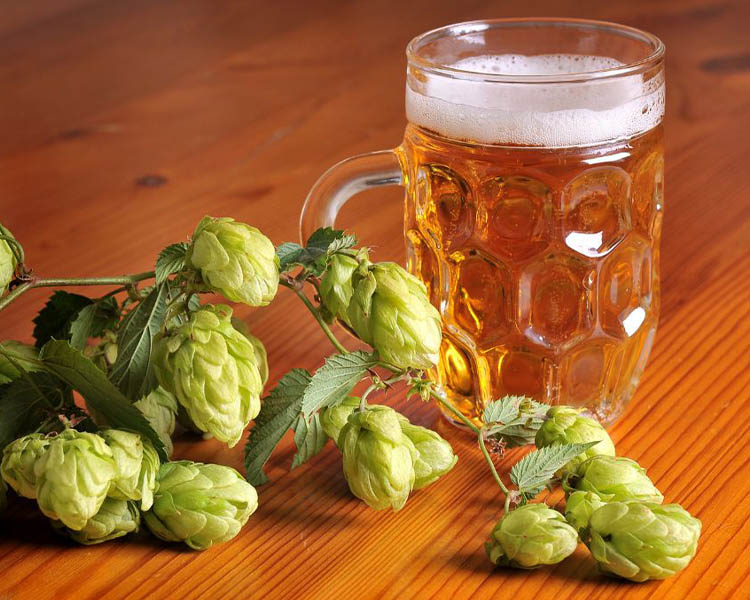