Although beers are brewed from similar materials, beers throughout the world have distinctive styles. Their uniqueness comes from the mineral content of the water used, the types of ingredients employed, and the difference in brewing methods. In a strict sense, there are two classical beer styles, ales and lagers. However, in addition to ales and lagers, there are other classical beer styles such as wheat beers, porters, stouts, and lambics - to name a few - that merit differentiation.

Lagers are a whole family of beers ranging from the light delicate Pilsner beers, to the dark, aromatic Munich types identified as "dunkels" and the strong lagers known as bocks. There is a tremendous variety of German and Continental style lager beers. Lager is mostly known to people in the United States as a golden-colored beer that is heavily carbonated and served chilled to accentuate its clean, refreshing flavor. Characteristically, lagers are low in esters and VDKs and are lightly hopped, with the important exceptions of Pilsner and German export. Lager beers, like ales, are available to the beer drinker pasteurized or not, filtered or unfiltered, on draft or bottled.

With any beer style, there are no hard rules, and variations within the styles are to be expected concerning flavor, ingredients, and methods of brewing. Brewmasters each have their own interpretation of what they consider appropriate for the style. 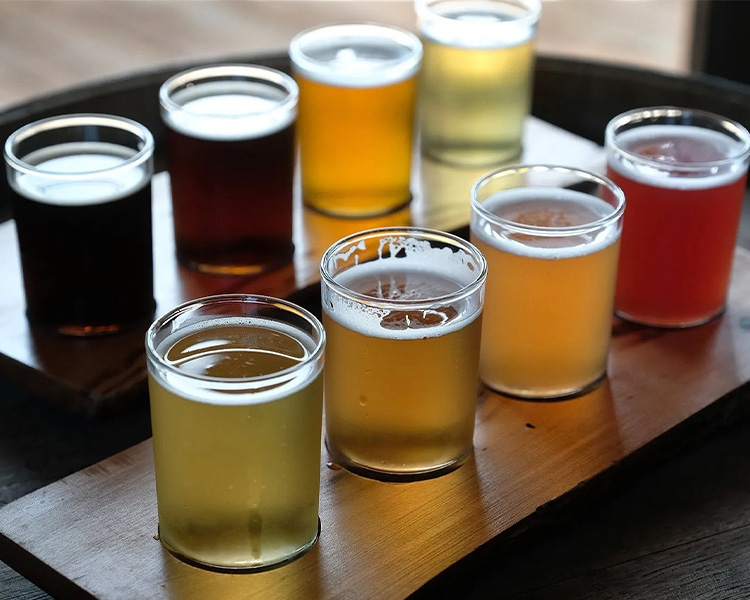