Maturation techniques vary from brewery to brewery but generally they can be divided into two general schemes for finishing beer after primary fermentation called secondary fermentation and cold storage.

Traditionally, maturation involves secondary fermentation of the remaining fermentable extract at a reduced rate controlled by low temperatures and a low yeast count in the green beer. During secondary fermentation, the remaining yeast becomes re-suspended utilizing the fermentable carbohydrates in the beer. The carbohydrates can come from the residual gravity in the green beer or by addition of priming sugar or by kraeusening.

"Kraeusen" is the German word used to describe the infusion of a strongly fermenting young beer into a larger volume of beer that has undergone primary fermentation. Traditionally, the wort used for kraeusening is obtained from the high 'kraeusen' stage of primary fermentation and added in small portions (5-20% by volume) to the green beer to start a secondary fermentation (8). Suggests adding a volume of kraeusen equal to 10 to 12% of the "green" beer, containing approximately 2% (w/w) residual extract with a cell count of between 10 and 15 million (29).

Casking has its origins in the British Isles and is most widely used to make pale ales (bitters), porters, and stouts. Beer is racked either directly from fermenting vessels into casks when fermentation is judged sufficiently complete (a residual extract of 0.75 to 2°P) or when the correct charge of yeast is present (0.25-4.00 million cells/ml) (30/21). If too little yeast is present in the beer, secondary fermentation is too slow and insufficient carbon dioxide is dissolved in the beer. However, if too much yeast is suspended in the beer, secondary fermentation may to violent. Although traditionally beer was racked directly to the cask, some brewers pass the beer through a rough filtration to improve clarity. 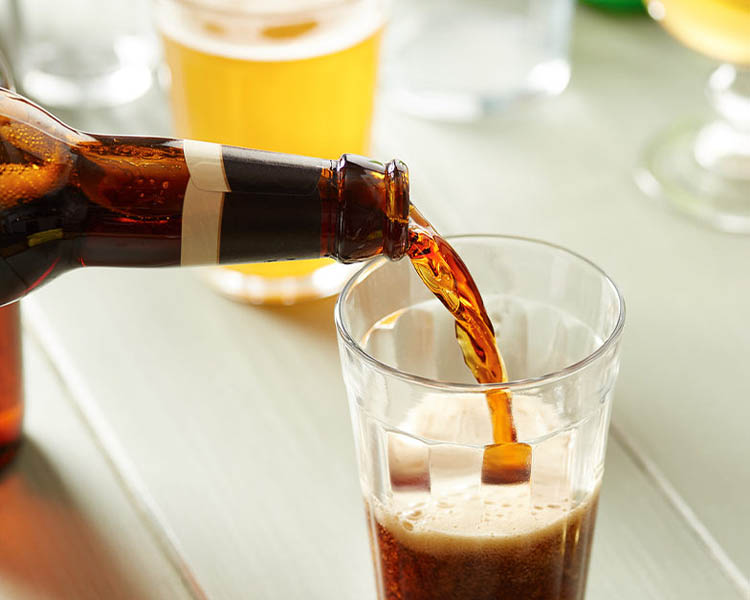