English
High Quality Products Can Be Purchased.
You are here: Home » News » Art of the Decoction Mash

Art of the Decoction Mash

Ever since humans discovered we could transform grains, yeast, and water into tasty beer, we’ve been looking for ways to improve on our success. And while the ancients of Mesopotamia and Egypt contented themselves with brewing beer from bread and herbs, modern homebrewers have embraced a more refined range of techniques in every step of the process, from the mash, to the ferment, to the bottle or keg.

One of the most important steps, the mash, continues to generate debates almost as hot as the water-soaked grains used to create wort. When creating beer through all-grain brewing, you probably use a single infusion mash. But if you’re looking to add some unique characteristics to your brew, you may want to consider a more complicated mashing method known as a decoction mash.

Mashing is simply soaking crushed malts (grains) in hot water to transform the starches in the malt into sugars. This transformation is carried out by specialized proteins known as enzymes.

Single infusion mashing is a basic mashing method in which you combine heated water (the infusion) with crushed grains. Then, you’ll hold the mixture at a constant temperature—usually between 148°F and 162°F (64°C and 72°C)—for a set period of time (usually an hour), and then sparge (rinse) with both recirculated liquid and additional water to create wort.

Step infusion mashing is similar to single infusion mashing, but involves resting the mash at two or more temperatures at different stages. You would do this by directly heating the mash, or by adding heated adjuncts, or unmalted grains such as corn, oats, or barley.

Decoction mashing is a variety of step mashing in which you’ll remove part of the main mash, cook it separately for a set period of time, and then return it to the main mash. Decoction refers to the actual portion of the mash you remove. This process takes considerably longer than a single infusion mash, but you may end up with benefits such as additional colors and flavors, along with extra sugars.

Resting is the term for a set period of time where you leave the mash undisturbed to develop a characteristic you’re trying to develop. For example, the protein rest allows the breaking down of protein chains that might cloud your beer, and the saccharification rest allows the starches in your grain to convert to sugars for fermenting.

Wort is the liquid extracted from the malt. It’s full of sugars that yeast can ferment into alcohol and other compounds, creating the delicious brew we call beer. 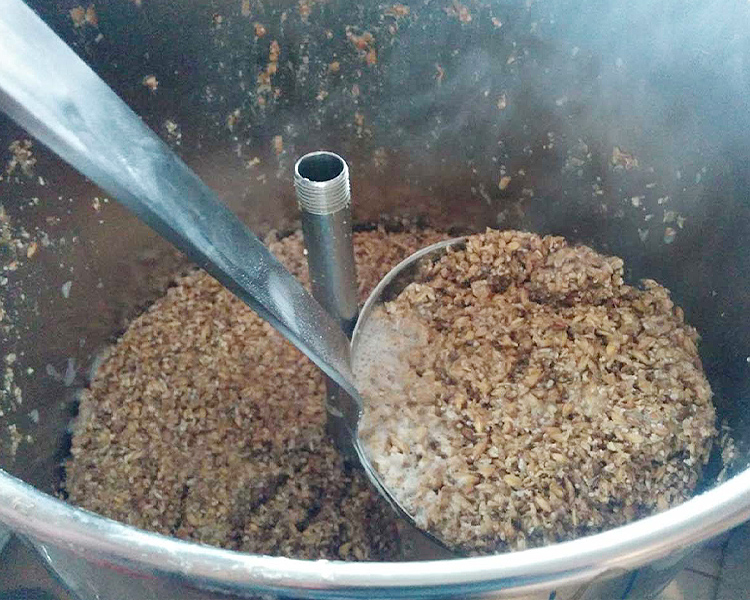 Why Use a Decoction Mash?

At this point you may be asking, “Why bother with the extra time and effort of a decoction mash if I can make amazing beer with a single infusion mash?” The answer lies in the nature of modern grain.

Science has given beermakers some pretty powerful insights into the nature of grain, and how best to modify it for optimal brewing.

But because people have been brewing beer since about 3,500 BCE, for much of human history, we didn’t know how to manipulate enzymes. Due to this lack of knowledge, old-school brewing meant using undermodified grains, or grains that had not been optimized for the best possible result when brewing.

The decoction mash was developed in a time when getting the most out of grain meant working to extract every possible bit of fermentable sugar from it through multiple boils. Single, double, and even triple decoction methods were developed by brewers in the days when thermometers didn’t exist.

Making great beer involved removing portions of the mash, heating them separately to a boil, and then returning them to the main mash over four temperature stages. This encouraged the grain to give up the goods, producing the best wort possible.