English
High Quality Products Can Be Purchased.
You are here: Home » News » 新闻资讯 » Precautions for cleaning the fermentation tank!

Precautions for cleaning the fermentation tank!

The dirt in the fermentation tank of home-brewed beer equipment is mainly yeast and protein flocculates in beer, and it is also attached to hop resin oxides.Some inorganic dirt (oxalate, tartrate, carbonate, etc.) is easily attached to the bottom of the container.After the micro-inspectors sampled and analyzed the dirt on the top of the large tank, the microorganisms in the dirt could reach 1〇5~1〇7/g, in other words, there must be a high number of microorganisms in the dirt.

There is obvious dirt residue near the bubble cap, which is more difficult to clean than other places.

After the fermentation liquid is filtered, it is just water, without acid or alkali washing, and then cleaned within two days, causing the dirt to lose water from a loose state to a dense state, which is more difficult to clean.

The cleaning of the fermentation tank is very important, but many people are not very good at it. Not only is it not cleaned, it may lead to worse consequences.

Alkaline cleaning agents are used for cleaning, which can only remove organic attachments such as resin, protein, yeast, etc. from the tank wall; acidic cleaning agents have obvious cleaning effects on inorganic substances such as beer stone, but they cannot effectively decompose organic matter such as protein.Therefore, the fermentation tank must be cleaned with a combination of acid and alkali, and the cleaning temperature reaches above 80℃ to have a better cleaning effect. 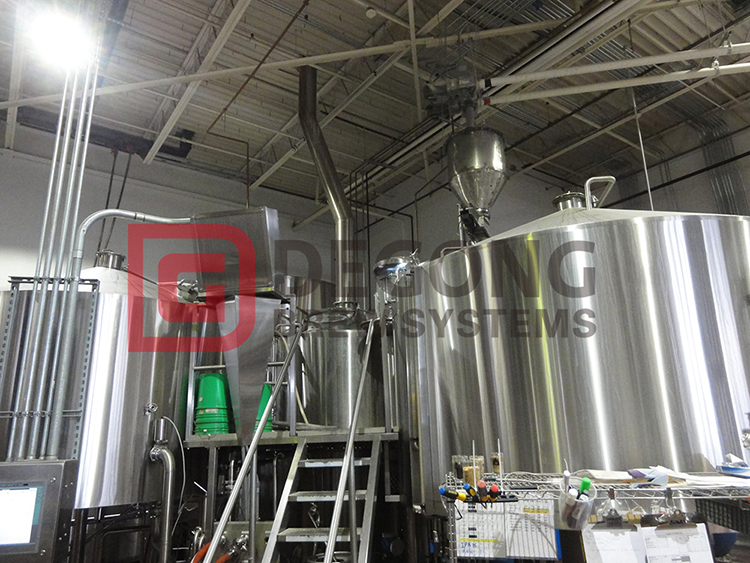 2.The T541 anticorrosive layer of the fermentation tank wall is partially damaged. After repair, the surface finish is significantly reduced, which makes it difficult to clean the dirt on the tank wall.

3.The wear or clogging of the tank washer or washing ball leads to the incomplete cleaning of some fermentation tanks and the accumulation of dirt.

Many factors will cause the fermentation tank to produce a lot of dirty substances after several years of use. For example, a certain amount of dirt has accumulated on the wall of the tank, which is difficult to remove using conventional cleaning processes.Therefore, every 4 to 5 years, the fermentation tank can be deeply cleaned during the off-season of production.This is a good way