English
High Quality Products Can Be Purchased.
You are here: Home » News » 新闻资讯 » How to recycle brewer's yeast?

How to recycle brewer's yeast?

1. Recovery and discharge of yeast: The timing of yeast recovery is more critical. In the past, we started to recover yeast after the end of diacetyl reduction, but found that the mortality rate of yeast was higher, mostly around 7-8%, which would be detrimental to the next round of fermentation. Later, through repeated experiments, controls, and follow-up testing of yeast, it was found that most of the yeast had settled to the bottom of the cone after 4-5 days of sealing, and only a small amount was suspended in the wine to participate in diacetyl reduction. At this time, the recovery of yeast basically did not have any effect on the reduction of diacetyl, and the mortality rate of the recovered yeast was also reduced to 2-3%.The preparation work before recycling is also very important. First, the yeast temporary storage tank must be scrubbed with 80℃ hot water, then cooled to 7-8℃, and a certain amount of sterile air is provided to prevent the yeast from suddenly decompressing and the cell wall ruptures. The yeast recovered from the cone tank should try to take the whiter part in the middle, and slowly cool down to about 4℃ after the recovery is complete, for the next use, the storage time in the yeast tank shall not exceed 36 hours. 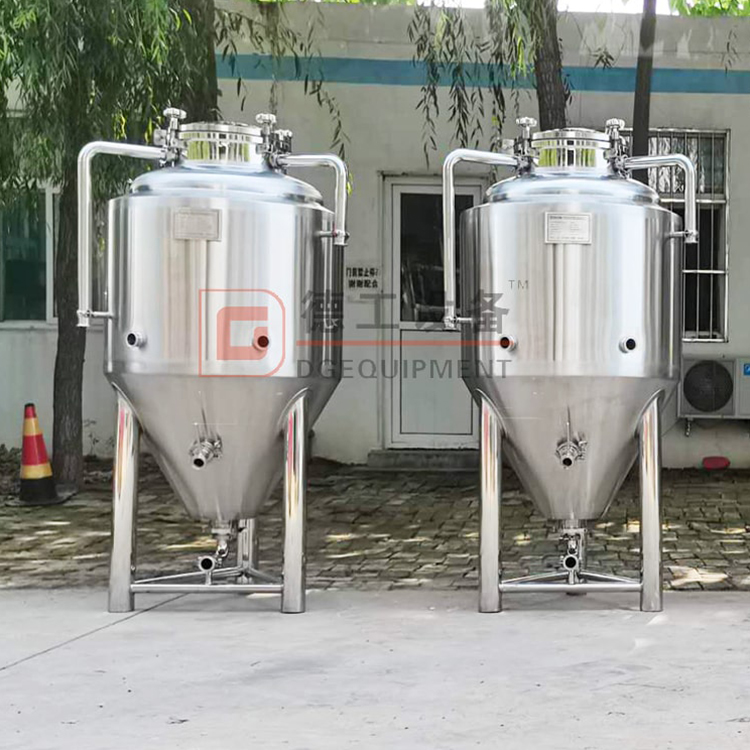 2. When the liquor drops to 0℃, yeast must be discharged frequently. Otherwise, due to the high temperature at the bottom of the cone, after the yeast self-dissolves, on the one hand, it has its own yeast odor. On the other hand, amino acids released after self-dissolving enter the beer, which will produce a rough bitterness and astringency.In addition, the protein produced by yeast autolysis is easy to precipitate and form precipitation under the acidic conditions of beer, especially during high temperature sterilization, which destroys the colloidal stability of beer.Therefore, the yeast discharge work in the late stage of wine storage cannot be ignored, and attention should be paid in summer.

3. The influence of yeast on the taste of beer. Beer with pure taste should not have a yeast flavor. However, if the fermentation and wine storage temperature is high, the fermentation is not vigorous, the amount of yeast added is large, and the yeast ages, it can cause yeast cells to autolysis, making the finished beer have a yeast flavor to varying degrees.Therefore, the dead yeast and cold protein coagulates at the bottom should be discharged in time for 24 hours after the tank is full, and the diacetyl reduction should be cooled in time after the process requirements are met, and the bottom of the self-brewed beer equipment tank should be opened and cooled in time to prevent the yeast from self-dissolving.

4. In short, in the beer brewing process, yeast plays a decisive role in the flavor of the wine. Only by using and managing yeast correctly can good beer be produced.