English
High Quality Products Can Be Purchased.
You are here: Home » News » 6 common distillation stories and the facts behind them

6 common distillation stories and the facts behind them

One of the most common distilling myths centers around whiskey stones. In theory, you put the stones in your freezer, add them to your drink and then they cool the beverage without watering it down.

Well, turns out, they don't do the job very well.

Ice cools through turning from a solid to a liquid, a process which sucks the heat out of the drink. And a process that your whiskey stones will not be able to replicate (unless your whiskey is 1,000+ degrees Farenheit!). Plus, according to chemists, adding water can help it taste better, too!

KNOCKS AND DENTS MAKE A DIFFERENCE

There's been a lot of discussion about how every dent and knock on a still will alter the spirit quality.

While this could potentially be a risk, it doesn't really seem to change much.

The distiller has a large number of variables during the process, and a small change in surface area through a couple of dents shouldn't really make an impact to the quality.

Older whiskey is always better and justifies higher prices, right? Well, to answer this question let's quickly back up and think about how whiskey gets its flavor.

Technically speaking, whiskey only takes a few days to distill and could be consumed right away. However, it would be completely clear and taste a little like malted barley mixed with rubbing alcohol. Not really what we think of as whiskey.

Whiskey's classic smokey flavor and golden-brown color comes from being aged in barrels and stored in a certain type of environment. Over time, the less drinkable parts of the new whiskey are drawn to the inner barrel walls. At the same time, the wood starts to add to the overall flavor.

Like most things, though, more doesn't always mean better. Just because the whiskey is aged longer doesn't necessarily mean it tastes better. It could actually acquire an overpowering flavor that makes it less drinkable.

It is possible for a spirit to get too old. Sometimes older is better—but sometimes it’s just older. 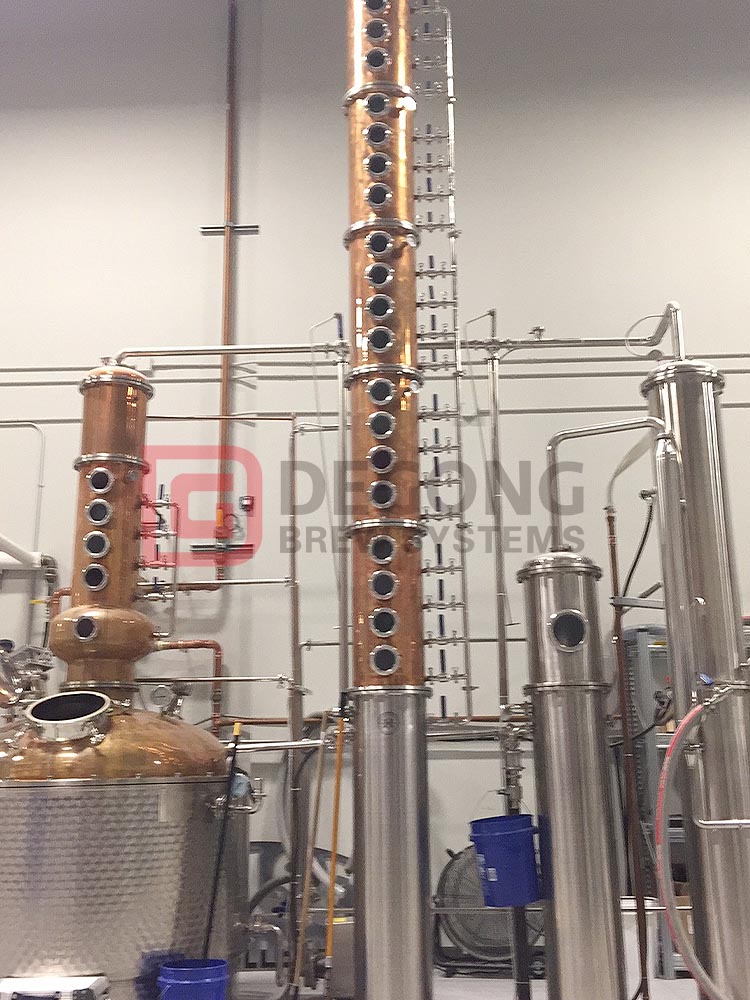 Another common myth is that moonshine causes blindness.

Can moonshine make you go blind? Yes and no. If it's made incorrectly and/or if it's made in old lead pipes, then yes, it can lead to blindness.

If the moonshine is not distilled properly, you could end up with high levels of methanol (methyl alcohol), which is indeed quite toxic. Our liver breaks down the methyl alcohol into formaldehyde and formic acid. And it's the formic acid that can affect our eyes.

So, yes, when distilled improperly, moonshine with high levels of methanol can cause blindness.

The other way that moonshine could potentially lead to blindness is by making it in something lead-based. Using lead pipes or other items (like radiators) could cause lead poisoning.

For individuals making moonshine in their homes, there are real health risks that come from improper techniques. For moonshine from larger distillers, however, there is no more risk than with other spirits.

ONLY CERTAIN VODKAS ARE GLUTEN FREE

If you have a gluten allergy, do you need to search high and low for your favorite gluten free vodka? Do you need to check with the bartender before you order that cocktail? Should you pour over that ingredient label with a fine-toothed comb?

Intuitively, it makes sense for GF folks to be leery of anything made with wheat. However, during the vodka distillation process, your basic ingredients (wheat, potatoes, etc.) are heated with water until they're broken down and drained into a fermented liquid, which is then run through the still.

Once the distillation process has been completed, the finished vodka doesn't have any of the gluten that it may have started with.

It's true, better tasting vodka tends to be distilled more than once. But does distilling it more and more produce better and better-tasting vodka? Not exactly.

Each time vodka is distilled, there are fewer and fewer impurities. So, you could say that it is "cleaner" and "smoother" each time it's distilled.

However, like aging whiskey for too long, you can actually over-distill vodka. The end result would be akin to pure alcohol without the sought-after taste and aroma of a quality vodka.

If a brand brags that their vodka is distilled hundreds of times, it could also be trying to mask the poor-quality materials it's derived from. A similar example is that of piping hot coffee, which can be an easy way to mask the poor taste. Both are attempts to overcompensate and hide a low quality product.

So, a high-quality vodka should be distilled an appropriate number of times.