Distillation is about separating alcohol from water. Alcohol boils at a lower temperature than water, so when heated, the alcohol vapor first evaporates and then condenses into a liquid with a higher alcohol content when cooled. Distillation is usually achieved through distiller (tank distiller and column distiller).
Product Description

During the distillation process, when the alcohol and homologues evaporate, they rise to the top of the distiller, and as they move away from the heat source, they begin to cool. When they freeze, they fall back to stillness. These falling congeners are called reflux.

The manufacturer can control the reflux flow by the size and shape of the distiller's head and the length of the neck. A taller neck means that more homologues will return to a static state, and a shorter neck means that more homologues will enter the spirits through the neck. The higher temperature also keeps congeners in vapor form so that they can enter the spirits without falling back into the still.

For example, in the case of whiskey, the higher and thinner the structure of the distiller, the heavier components are retained in the distiller instead of escaping into the condenser. This will produce a smoother and milder whiskey. 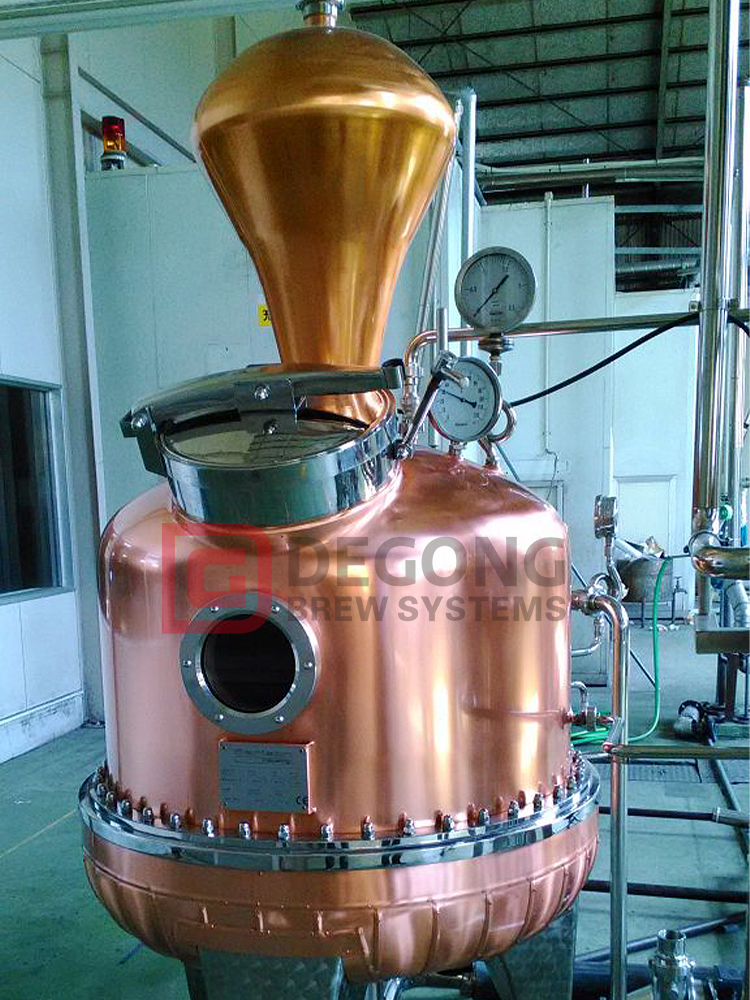 Both the pot and the pillar have one thing in common: they are both made of copper. Why ? The main reason is that copper is easy to mold, has good thermal conductivity and reacts with sulfur, removing it from the final spirit. It is also very beautiful, and beauty is very important.

Or in other words, this metal was chosen because of its physical properties (ductility, good thermal conductivity) and its chemical reactivity with certain components of the distillate.

There are several reasons that influence the choice of distiller.

For a long time, people were still not clear about the effect of static shapes on the spirit. Multiple forms coexist. Sometimes the shape of the distiller is just accidental: inherited from the past or purchased second-hand for economic reasons.

However, in the 1980s, the respective effects of various factors began to be better understood. For example, the bottom of the still containing the liquid to be distilled has no effect on the result. Influential are the recirculation zone and the swan neck. Reflux is a phenomenon that helps determine the proportion of aromatic components in the distillate. A slim distiller with a wide swan neck will promote significant reflux. Therefore, there will be more aromatic compounds in the final distillate. On the other hand, in a sturdy distiller with a narrow swan neck, there is less reflux, which will produce a more pristine distillate.

Size and height also play a role. Because the heat can vary along the height of the taller container, it allows for more variable manipulation of the internal temperature to allow the desired congener to rise all the way to the top or stay at the bottom if necessary. These two examples illustrate how the size of a still defines a spirit.

Moderate heating leads to slow distillation. The steam rises slowly and does not heat the swan neck. The swan neck remains cold and will produce reflux. There will be more light aromatic components in the distillate. On the other hand, rapid distillation will increase the number of homologues. Eventually there will be richer components.

Another point of action is the length and inclination of the pipe connecting the gooseneck and the condenser.

It is also possible to increase the reflux of the distiller by being equipped with a boiling ball. A spherical partition is built between the shoulder of the kettle and the gooseneck. The steam rising from the heating tank expands in this wider and slightly cooler area. The lower temperature causes the most abundant aromatic compounds to condense back into the distillate. Another means of action: lamp glass. It can also be inserted between the shoulder and the swan neck. It allows more aromatic components to be collected. 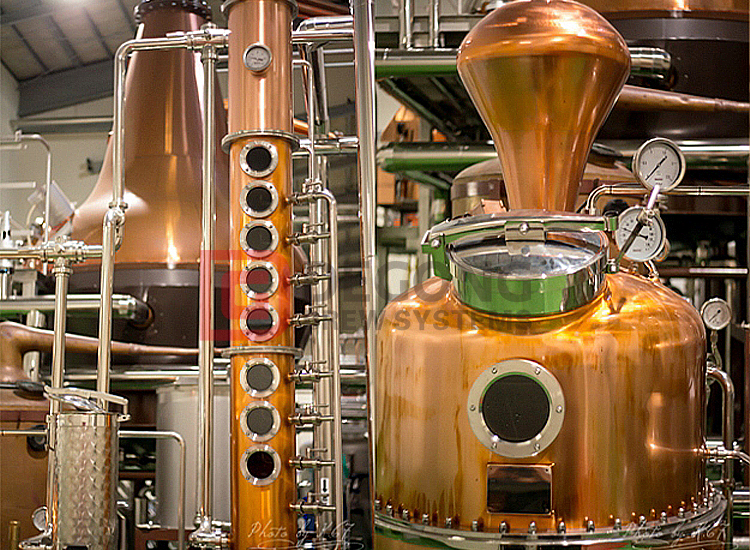