English
High Quality Products Can Be Purchased.
You are here: Home » News » What Is the Freezing Point of Alcohol?

What Is the Freezing Point of Alcohol?

What Is the Freezing Point of Alcohol?

Water freezes at 32 degrees Fahrenheit (zero degrees Celsius), and the freezing point of pure ethanol alcohol is -173 degrees Fahrenheit (-114 degrees Celsius). Alcoholic beverages are a mixture of both alcohol and water (in some cases, sugars and other additives), which puts the freezing point of your alcoholic beverages somewhere in between the two liquids.

The exact freezing point of any beer, liquor, or wine is dependent on its alcohol by volume (ABV, or proof):

Note: These freezing points are not exact, particularly with the beer and wine. A small variation in the alcohol content will not make a big difference, but if it's close, the chances of freezing are high. Use the temperatures as a general guideline, and don't push the limits. 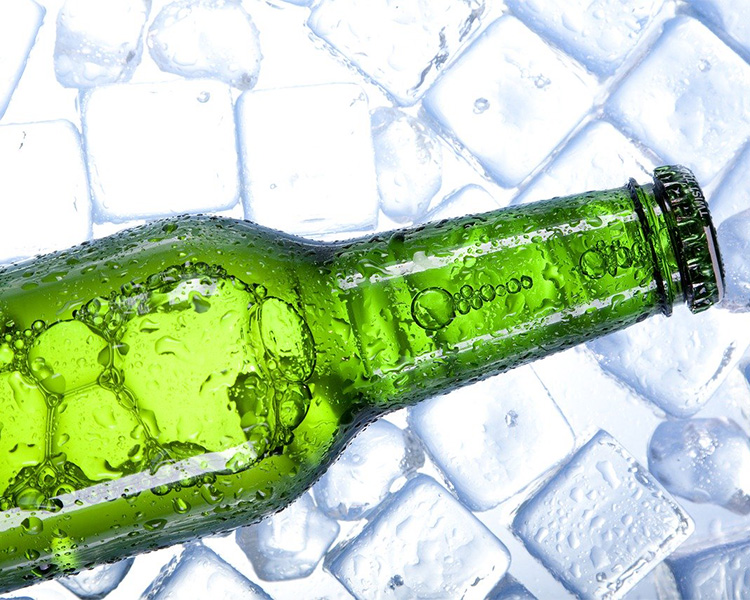 Why Is Vodka Often Frozen But Whiskey Isn't?

Whiskeys and other barrel-aged spirits are rarely stored cold because the volatiles that give them complex flavors are most noticeable at warmer temperatures. Vodka, on the other hand, is a very clean spirit and has fewer volatiles, so it can actually taste better when very cold. Experts say that the optimum temperature for premium vodka is around 32 degrees Fahrenheit. Going lower than that with cheaper vodkas can produce a smoother drink and reduce some of the burn.

Don't Leave Drinks in the Car

When you are rushing around—particularly during the holidays—it can be really easy to forget about that great bottle of wine or the extra six-pack you stashed in the trunk. You may return in the morning to a big mess if the temperature gets too low overnight. When you compare the temperature chart above with the low temperatures possible in winter, you know that even your 80-proof whiskey is in danger at times.

On the coldest nights of the year, place your liquor, beer, and wine in a place where you will notice them when getting out of the car. The same goes for soda, which can burst even faster than alcohol (soda's freezing point is around 30 degrees Fahrenheit). Cleaning a frozen, sticky car in the middle of a snowstorm is not fun.