English
High Quality Products Can Be Purchased.
You are here: Home » News » Tunnel Pasteurization: What to Know

Tunnel Pasteurization: What to Know

Pasteurizing beverages helps extend their shelf life while making sure they’re safe for consumption once they hit the shelves. Tunnel pasteurization is one way to handle this process, and it can be particularly effective for carbonated beverages.

The advantages that tunnel pasteurization of carbonated beverages offers food processing companies, breweries, and other industries stem from the way its process works.

Tunnel pasteurization is unlike other pasteurization processes in that it gradually treats products in a continuous flow from one end of the system to the other rather than shooting for a single target temperature in one go.

The bottled or canned product passes into the tunnel through one end, and throughout the tunnel, its temperature is raised with sprays of hot water. The temperature is brought up in stages.

In each stage, the product and container are brought to a target temperature and held there long enough to kill off specific microorganisms. After that, it’s conveyed to the next stage, where the temperature is brought up a bit higher, held in place, and so on until it reaches the maximum desired temperature.

After the product is brought back down to room temperature, it’s ready for labeling, boxing, and palletization.

First off, tunnel pasteurization is compatible with most carbonated beverages. Some pasteurization methods, such as hot filling, don’t allow for CO2 to be added to the beverage since it causes too much foaming during the process.

Tunnel pasteurization, on the other hand, enables certain amounts of CO2 to be present in the beverage. While there are limits on how much the process can handle, it does offer an advantage over methods that don’t allow for it at all.

In addition to being safe for certain levels of carbonation, tunnel pasteurization can be helpful when it comes to preventing over-carbonation.

For instance, some microorganisms found in beer may produce excess CO2, causing the beverage to burst out upon opening. Tunnel pasteurization prevents that from happening by eliminating those microbes.

Pasteurization extends the shelf life of carbonated beverages by removing microbes that cause them to ferment or deteriorate in other ways. This is especially important in beverages such as sodas which have high amounts of sugar.

Prolonging the shelf life of these beverages is vital since there may be a long period between production and final consumption by the consumer. They may sit on shelves for weeks or months, endure lengthy travel, and may spend some time in a refrigerator or cupboard after purchase. To ensure they remain fresh, pasteurization is an absolute must.

Another advantage of tunnel pasteurization is that it can be used on products that are in fragile packaging, such as glass bottles or aluminum cans. Sudden changes in temperature can affect these materials in destructive ways, causing glass to shatter and aluminum cans to burst, especially when there’s heated product inside.

Using Tunnel Pasteurization in Your Facility

Tunnel pasteurization has its advantages, but to be truly effective, it needs to be used properly.

In general, tunnel pasteurizers tend to cost more than hot-fill systems, which means they’ll typically be best used in production lines that would benefit from the cost-savings of a continuous process.

On the other hand, if the product is typically made in batches, then tunnel pasteurization likely wouldn’t be worth the cost.

If it’s not properly implemented and calibrated, a tunnel pasteurizer can lead to some of the same problems any production line might cause, including inconsistent quality and negative impacts on flavor. As such, it’s important to have your system built by trusted industry experts.

One point to keep in mind here for carbonated beverages is there are limits to how much CO2 you should introduce into the product before pasteurization. Too much, and it could cause problems, so make sure your system is right for what you’re producing.

If you’re considering implementing a tunnel pasteurizer in your carbonated beverage production process, you’ll want to get seasoned professionals to design and build the system for you. The temperature levels and timing of the system has to be right for the beverages you’re producing while also matching your production line’s flow, so nothing short of reliable designers and fabricators should be trusted for this process. 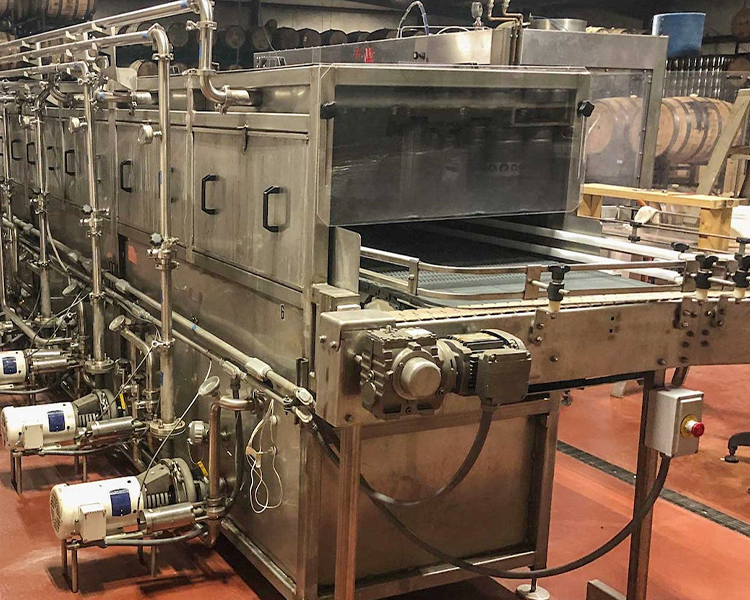