English
High Quality Products Can Be Purchased.
You are here: Home » News » The process of beer pasteurization

The process of beer pasteurization

Pasteurization is a process that significantly changed the health of the world’s population. The purpose of this document is to describe the pasteurization process and the impact the process has had on the packaging and serving of beer.

Heat Destroys Bacteria – By heating a liquid to a high temperature, the bacteria in that liquid can be destroyed. In the brewing process pasteurization is used to stop the growth of the yeast that might remain in the beer after packaging.

Cans and Bottles – Traditionally, only beer in cans and bottles is pasteurized. The pasteurization process often occurs after the beer has been placed in the can or bottle and the package has been sealed. The process involves running the package through a hot water spray (approximately 140° F) for two to three minutes.

Pasteurization enables a can or bottle of beer to be stored at room temperature for periods of time up to 120 days and beyond. Draft beer that is not pasteurized has a life 45 to 60 days. Draft beers that are pasteurized often have a life of 6 to 9 months. This enables the pasteurized draft beer to endure long shipping times.

Does pasteurizing draft beer impact the taste of the beer? This is a question that has long been debated, and truly a matter of personal taste.

Two things to consider in answering this question:

When a brew master wanted to demonstrate their prowess at brewing a quality beer, the true measure of the quality of that beer was how good it tasted right from the brewing vessel.

Note: One thing is certain about draft beer, whether it is pasteurized or not, it must be stored at 38° F in order to ensure proper dispensing and taste. 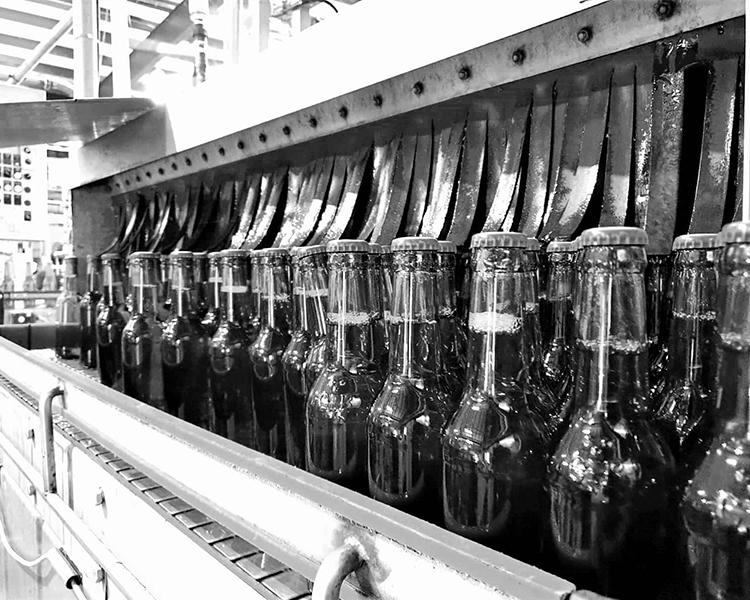