English
High Quality Products Can Be Purchased.
You are here: Home » News » The History of Rum

The History of Rum

The word “rum” tends to conjure up images of Caribbean islands, their palm trees swaying rhythmically to the beat of the wind; marauding, peg-legged pirates causing distress to demoiselles; and dashing British naval officers dutifully drinking their daily drams. But the origin of the word “rum” remains uncertain. What is known, however, is that by 1654, “rum” was an established term, as evidenced by an order by the General Court of Connecticut confiscating “whatsoever Barbados liquors, commonly called rum, kill devil, and the like.”  And three years later, in 1657, the General Court of Massachusetts made illegal the strong liquor “whether knowne by the name of rumme, strong water, wine, brandy, etc.”

From antiquity, in India and China, fermented drinks were made from sugarcane juice. And a sugarcane drink called “brum” has been produced by the Malay people for thousands of years. Even Marco Polo, in his adventures to the East, was offered “a very good wine of sugar” by people inhabiting what is today Iran.

But the first known distillation of rum occurred on the sugarcane plantations of the New World after enslaved Africans discovered that molasses, a byproduct of sugarcane, could be fermented to make alcohol. Though tradition holds that rum was first distilled on the island of Barbados, new evidence suggests that rum was being distilled in Brazil in the 1620s. And a liquid determined to be rum was found in a bottle salvaged from the 1628 sunken remains of Vasa, the Swedish warship. A 1651 document from Barbados, however, clearly describes rum:  “The chief fuddling they make in the island is Rumbullion, alias Kill-Divil, and this is made of sugar canes distilled, a hot, hellish, and terrible liquor.”

Once rum was developed in the Caribbean, rum distilleries were established in the North American colonies:  By 1664, a distillery was established on what is today Staten Island; and in 1667, Boston, Massachusetts had an operating distillery.  And in the years preceding the American Revolutionary War, it was estimated that the per capita consumption of rum in the American colonies was three imperial gallons per year. It is also said that George Washington insisted upon a barrel of Barbados rum for his inauguration in 1789.  So to support the demand for the molasses needed to produce rum, along with an increasing demand for sugar in Europe during the 17th and 18th centuries, a labor source was needed to work the Caribbean sugar plantations.  Enter:  The sordid history of the Triangular Trade, where African men, women, and children were enslaved and taken to the Caribbean on European vessels to work on sugar plantations; molasses and sugar were shipped from the Caribbean islands to the North American colonies; and sugar, rum, and other colonial goods were shipped back to Europe, thereby creating a three-legged trade route and an institution of human enslavement that would endure until almost the end of the 19th century.  On perhaps a less accusatory note, the English Royal Navy’s affiliation with rum occurs in 1655 when the English captured the island of Jamaica from the Spanish:  Because of the abundance of local rum, the English changed the daily alcohol ration given to seamen from French brandy to rum, a perquisite British seamen would enjoy until July 31, 1970, when the practice was abolished. 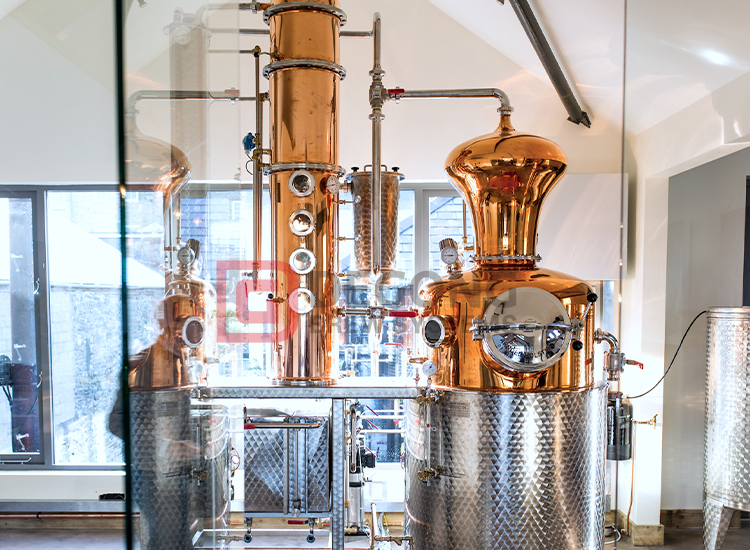 Most rums are produced from molasses. And since many of the Caribbean’s former “sugar islands” no longer cultivate sugarcane on a commercial scale, and since Brazil is the world’s largest producer of sugarcane, much of the molasses used in rum production around the world comes from Brazil.  However, a few rum producers (such as those in the French Caribbean islands, where sugarcane is still grown) produce rum from fermented sugarcane juice. (Ironically, Brazil is not known for rum production. Instead, its national spirit is cachaça, a distilled spirit made from fermented sugarcane juice rather than from fermented molasses. Consequently, because Brazilian cachaça is conceptually indistinguishable from those rums made from sugarcane juice, cachaça is sometimes called “Brazilian rum”; and in the United States, cachaça is recognized as a type of rum).

When rum is distilled from molasses, water and yeast are added to the molasses base in order to start the fermentation process. Some producers allow wild yeast to do the fermentation; but others prefer selected strains of yeast so as to better predict taste and fermentation time. And yet other producers use “dunder,” the yeast-rich foam from a previous fermentation. Dunder allows for a slower fermentation, which results in a fuller-tasting rum, while faster-acting yeasts tend to produce lighter, less complex rums.  When sugarcane juice is used, no additional water is added to the natural juice. And either naturally occurring wild yeast, dunder, selected yeast, or a combination thereof is used to activate the fermentation process.

The distillate is a clear liquid. Most countries require that rum be aged for at least one year. Clear rums are aged in stainless steel, while golden and darker rums are typically aged in charred oak barrels previously used to age bourbon, though barrels made of other woods may also be used. Rums aged in wooden barrels in warm, tropical regions are known to decrease by about ten percent liquid volume per annum due to evaporation.  Once aged, rums are blended to achieve flavor consistency, then bottled.