English
High Quality Products Can Be Purchased.
You are here: Home » News » The Difference Between Brandy and Cognac

The Difference Between Brandy and Cognac

The iconic image of the St. Bernard rescue-dog, miniature cask of brandy fastened to its collar, is more a case of artistic license than liquor license. In the 1820 painting by seventeen-year-old English artist Edwin Landseer, Alpine Mastiffs Reanimating a Distressed Traveler,  two barrel-carrying dogs are depicted assisting a snowbound traveler.  According to the artist, the barrels contain brandy. However, according to the monks who maintained the hospice erected in 1049 by Bernard of Menthon (canonized “St. Bernard” in 1681 and declared “Patron Saint of the Alps” in 1923) atop the ruins of a Roman temple to Jupiter situated in what is today called the St. Bernard Pass, near the border between Italy and Switzerland, the breed of dog they are credited with having developed in the early 19th century and that has been called the St. Bernard since 1880, never carried barrels of brandy (or of any other liquor for that matter) attached to their collars during their guide-and-rescue missions. So it seems the monks saved lives and spirits since science would later prove that administering alcoholic beverages to freezing victims is unwise because alcohol causes blood vessels to dilate, rushing blood to the skin and away from vital organs, resulting in a rapid decrease in overall body temperature. And that is not a good thing in cold weather! But even without the lure of legend, brandy is one of the celebrated members of the spirits world.

The historical record suggests that the ancient Egyptians and the Babylonians produced perfumes and aromatics via some form of distillation. And while it is known that the Greeks were conducting chemical distillations by the 1st century C.E., those distillations were not of alcohol. The medieval Arabs adopted the techniques of distillation from the Greeks as evidenced by their writings dating back to the 9th century (with other evidence reaching back to the 8th century), but there is no evidence that the technology was applied to the distillation of alcoholic beverages. The earliest evidence of distillation in the Latin world dates to the 12th century, the technology passing from the Arabs. By the 13th century, however, alcohol was being distilled from wine in Italy, one of the earliest descriptions of the technique being derived from the writings of Ramon Llull (1232-1315), the Majorcan writer and philosopher. From Italy, the practice of distilling alcoholic beverages spread to the medieval monasteries, primarily for medicinal purposes. But since alcohol was first distilled from wine, brandy holds the distinction of being the oldest of the distilled liquors.

Brandy is a spirit made by distilling grape wine. It is distinguished from eaux-de-vie, which is distilled from pomace (See “Grappa” below); the mash of fruits, including grapes; or from wine made from any fruit other than grapes. [Eaux-de-vie made from none-grape wines are referred to as “fruit brandies” ].  Some brandies are aged in wooden casks, deriving color and flavor therefrom.  Other brandies are colored. And yet other brandies are both aged and colored.

Traditionally, brandy is drunk neat from a brandy snifter as an after-dinner drink. (Cognac and Armagnac, both from southern France, are some of the best-known brandies. See “Cognac” below).

The history of brandy is directly linked to the history of distillation. And while there is evidence of the making of brandy from as far back as antiquity, it was not until the 15th century, with advancements in distillation, that brandy began being produced on a significant scale. A 1728 edition of Ephraim Chambers’ Cyclopædia describes a method for distilling wine into brandy. Wine was initially distilled for preservation purposes and for ease of transport (The water removed during distillation would be replenished at the shipping destination, shortly before consumption).  Distillation also had fiscal implications since taxes were assessed by volume, making wine more heavily taxed than brandy, wine’s “condensed” counterpart. 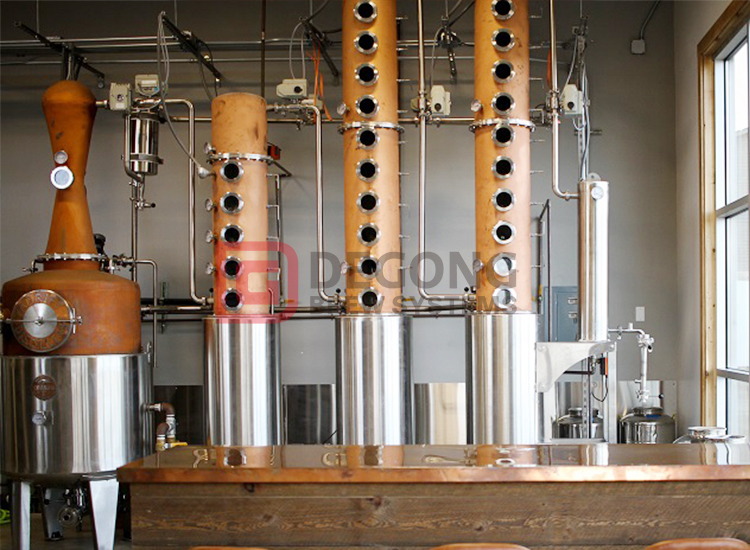 Cognac is a variety of brandy. And brandy is a spirit produced by distilling wine. For a product to be legally labeled “Cognac,” it must be produced in the wine-growing region surrounding the French town of Cognac in the Departements of Charente and Charente-Maritime; it must be made from certain grapes, the principal of which are “ugni blanc” (known locally as “Saint-Emilion” and as “Trebbiano” in Italy), Folle blanche, and Colombard; must be twice-distilled in copper pot stills; and aged at least two years in French oak barrels from Limousin and Tronçais.  (Many cognacs are aged longer than the two-year minimum requirement).

After the grapes are pressed, the juice is left to ferment for two to three weeks, during which time the region’s native, wild yeasts convert the natural sugars in the grape juice into alcohol (about 7 to 8% by volume).

The white wine used to produce cognac is very dry, thin, and acidic—all qualities which, while not ideal for drinking, are excellent for distilling then aging into Cognac.

Distillation typically results in a liquid with an alcohol content of around 70% by volume.  The distilled liquid is then put into oak casks, where, as it reacts with the barrel and ambient conditions, evaporates at a rate of about 3% per year. And because alcohol dissipates faster than water, the alcohol content drops to approximately 40% over time.  The liquid is then transferred to glass containers called bonbonnes, where it is stored for subsequent blending.