English
High Quality Products Can Be Purchased.
You are here: Home » News » Reasons Why Canned Beer Is Better Than Bottled

Reasons Why Canned Beer Is Better Than Bottled

Because beer cans limit exposure to both light and oxygen, they keep the beer inside fresh and flavorful for longer.

When beer is exposed to ultraviolet (UV) light for extended periods, it leads to oxidization and an unpleasant “skunky” flavor in the beer. Glass bottles block out some light, but not all. While brown or amber glass blocks a significant amount of UV light, green and clear bottles are much less effective. However, aluminum cans prevent all light from reaching the beer inside.

Additionally, cans create a better airtight seal than beer bottles. During the canning process, the aluminum container is completely sealed, which prevents additional oxygen from reaching the beer until someone opens the can. In contrast, beer bottles let tiny amounts of air in, which can add up over time. While some beers, like traditional Belgian ales, require oxygen to bottle-ferment, most beers do not benefit from prolonged exposure to oxygen.

There’s a reason that most of us pick canned beer when we pack a cooler. Bottled beer is heavier and more fragile. For example, a six-pack of bottles weighs more than seven pounds on average; meanwhile, a six-pack of canned beer weighs about two pounds less. Two pounds might sound like a small difference until you’re halfway through a five-mile hike to your picnic site. 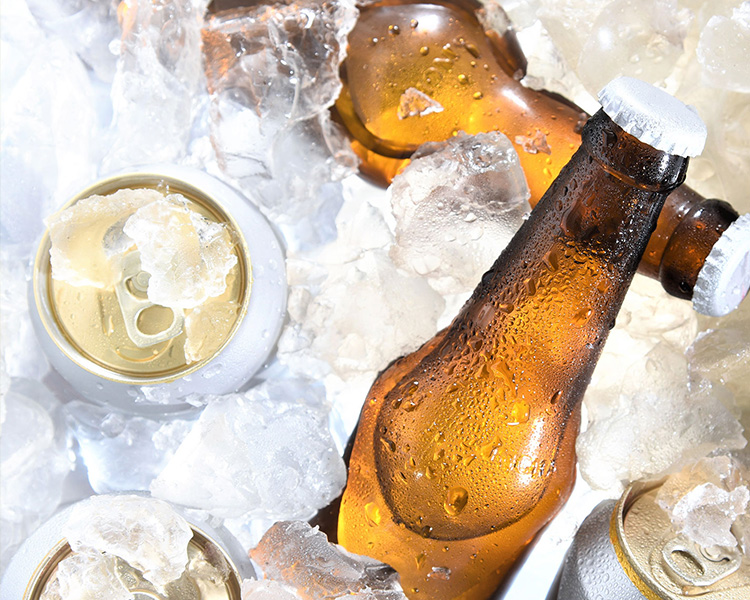 Cans Are Better for the Environment Than Bottles

There are multiple reasons why beer cans are better for the environment. First, because beer cans are lighter and more compact, it takes less fuel to ship them. Second, most communities have more robust recycling and deposit programs for aluminum than they do for glass. While only 26.4% of recycled glass actually gets reused, the EPA reports that 54.9% of all aluminum cans get successfully repurposed after recycling.

Like many people, you might believe beer tastes better out of a bottle. However, blind taste tests have shown that there’s no consistent difference between the flavors of bottled and canned beer.

Researchers had 151 beer lovers taste the same beer in both cans and bottles. Then, they tasted each beer in a blind taste test. While more than 61% of the participants preferred bottled beer to canned beer when they saw its container, those numbers didn’t hold up in the blind testing. Instead, the numbers were split almost evenly between canned and bottled beer.

If you feel like a canned beer tastes tinny or metallic, it’s not the can’s fault. All beer cans are lined with a coating that protects the beer. Instead, that metallic taste is likely caused by problems in the brewing process, such as issues with water chemistry and ingredient storage.

Remember also that you’re not really supposed to drink your beer out of the can anyway; beer always tastes better poured into a glass, whether it came to you in a can or a bottle.