These configurations are great for small to mid-size breweries producing up to two brews per day. 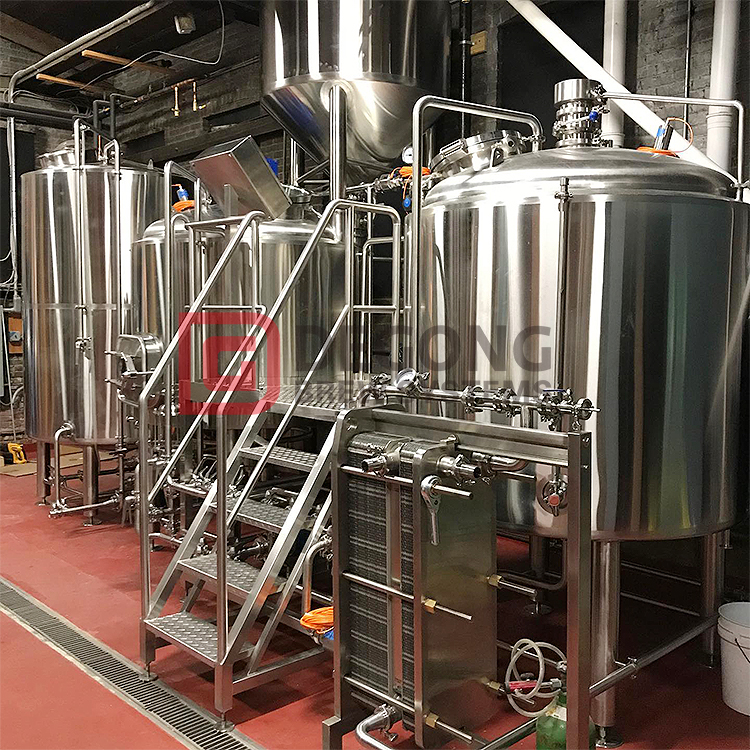 Fermentation is the process by which yeast converts the glucose in the wort to ethyl alcohol and carbon dioxide gas -- giving the beer both its alcohol content and its carbonation.

The fermenter is sealed off from the air except for a long narrow vent pipe, which allows carbon dioxide to escape from the fermenter. Since there is a constant flow of CO2 through the pipe, outside air is prevented from entering the fermenter, which reduces the threat of contamination by stray yeasts.

When fermentation is nearly complete, most of the yeast will settle to the bottom of the fermenter. The bottom of the fermenter is cone shaped, which makes it easy to capture and remove the yeast, which is saved and used in the next batch of beer. The yeast can be reused a number of times before it needs to be replaced. It is replaced when it has mutated and produces a different taste -- remember, commercial brewing is all about consistency.

While fermentation is still happening, and when the specific  gravity has reached a predetermined level, the carbon dioxide vent tube is capped. Now the vessel is sealed; so as fermentation continues, pressure builds as CO2 continues to be produced. This is how the beer gets most of its carbonation, and the rest will be added manually later in the process. From this point on, the beer will remain under pressure (except for a short time during bottling).

When fermentation has finished, the beer is cooled to about 32 F (0 C). This helps the remaining yeast settle to the bottom of the fermenter, along with other undesirable proteins that come out of solution at this lower temperature.

Now that most of the solids have settled to the bottom, the beer is slowly pumped from the fermenter and filtered to remove any remaining solids. From the filter, the beer goes into another tank, called a bright beer tank. This is its last stop before bottling or kegging. Here, the level of carbon dioxide is adjusted by bubbling a little extra CO2 into the beer through a porous stone. 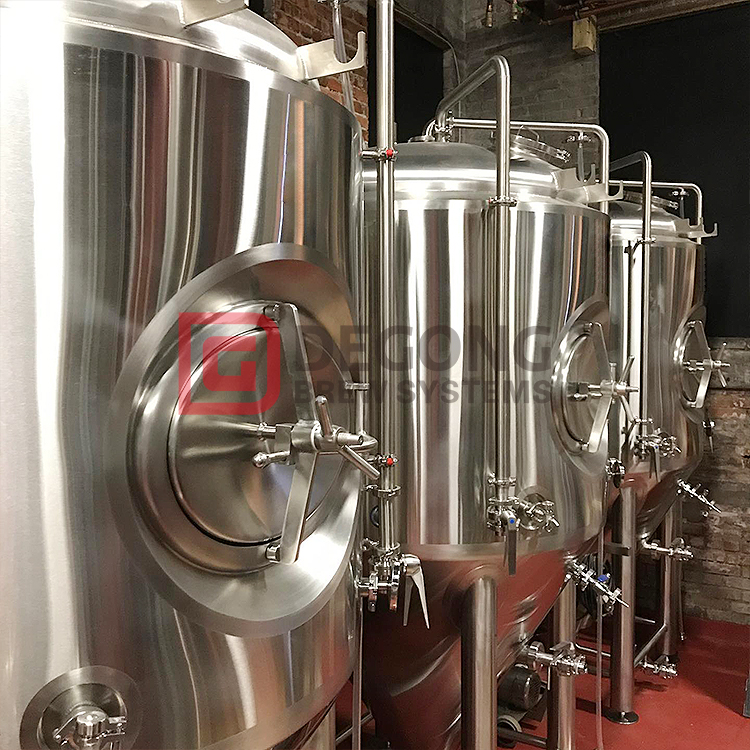