Traditional European lager brewers, especially in Germany and Scandinavia, use starter tanks in which yeast is added to the cooled wort and the contents then allowed to stand for a period of up to 24 hours before racking. Traditionally, starter tanks were open vessels, but Nowadays they are generally designed like regular closed-in fermenters.

If the brewer doesn't have enough yeast or if the brewer has a smaller mash tun and kettle than the fermenter, the brewer can employ a technique called topping up or darauflassen. Topping up, a technique common among German lager brewers, is the infusion of wort into a tank with strongly fermenting young beer (high kraeusen). 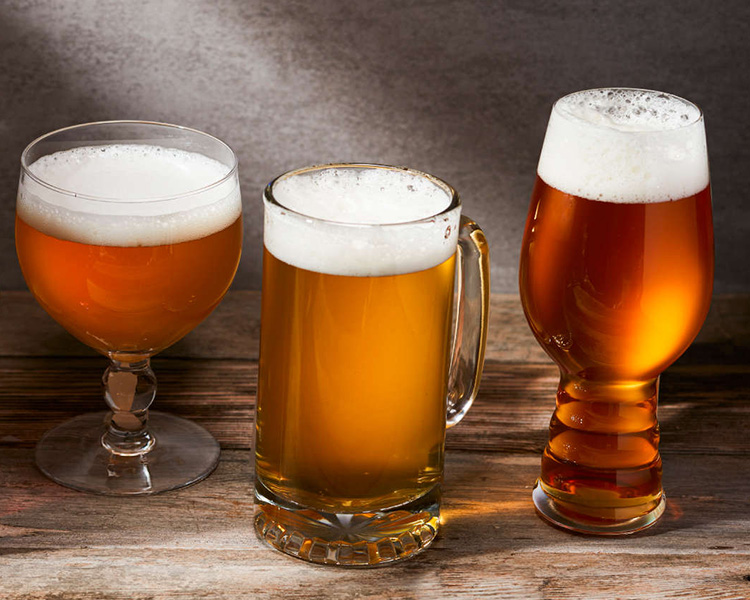 Like lager brewers, some ale brewers initiate fermentation in starter tanks in which the residence time may be as short as 3 hours or as long as 36 hours.

The brewing of traditional cask ale is fermented in shallow vessels that could be round, square or rectangular often referred by the type of fermentation system.

Today modern ale fermentation typically uses vertical cylindroconical fermenters achieving similar flavor profiles compared to traditional fermentation systems. Typically, the yeast is pitched between 15 and 22°C, and the temperature is allowed to rise gently to 18 to 25°C, depending on the yeast strain. At the end of fermentation a diacetyl rest may be incorporated, although some popular ales (e.g., Irish stouts) have a perceptible diacetyl character that is part of the flavor profile.