English
High Quality Products Can Be Purchased.
You are here: Home » News » How to make beer taste better

How to make beer taste better

Finding the right recipe for a delicious homemade beer is easy. There are many, and most brewers are not mysterious! At the end of the day, make the beer you want to drink! Hop, malty, sweet or bitter. However, the trick to making it delicious lies in technique.

In my experience, there are two main considerations when considering how to make beer taste better. These are temperature control and reduced oxygen exposure. We'll look at both in more detail.

To get the most out of the yeast and reduce many off-flavors, for goodness sake, keep the temperature under control. Obviously, the optimal temperature varies from yeast to yeast. Consistently lower temperatures are critical at the start of fermentation. It's a good idea to let it rise a little at the end of the fermentation process, as this allows the yeast to clean up faster. This will help prevent odors like acetaldehyde and diacetyl. The lower temperatures early on are crucial because the yeast eats the sugar and produces alcohol, which creates carbon dioxide, and the whole process generates a lot of heat. If your beer is fermented at too high a temperature, it will have a whole world of off-flavors, and the actual alcohol produced by the yeast will also be fusel. A fusel is an alcohol. Drinking your beer will taste like you're crushing a can of spray paint, not that you're chronically subject to NEIPA.

At the end of fermentation, if you have the ability to freeze the beer, then use it. It's especially useful if you're a dry hop, as it allows the hop substance to fall off the beer more quickly. If the dry hops stay in place for too long, you will lose the flavor and aroma of the hops. Not only that, the super juicy flavor feast you're after will turn into a plant sludge feast...a complete waste of time and money. 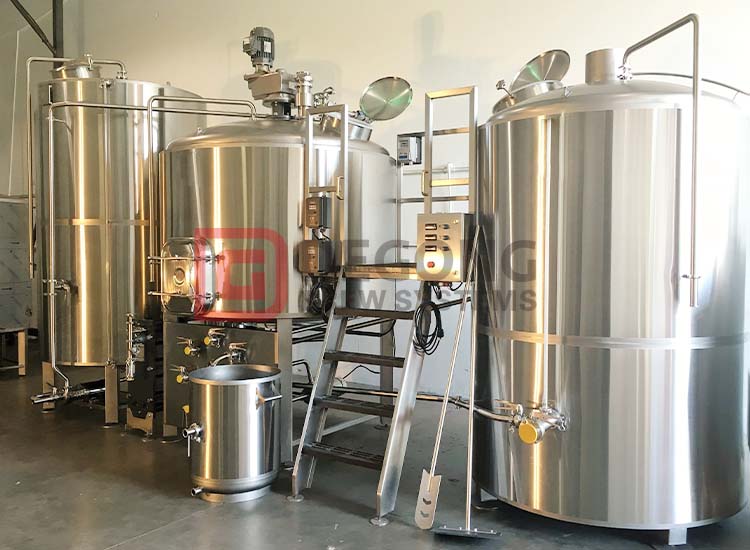 If your beer absorbs too much oxygen during production, it will greatly reduce its shelf life and flavor stability. I make a lot of homebrew that tastes great on bottling day, only to proudly present it to friends at a party next week and then be devoured by the off-white feast inside. Oxygen is your best friend during the brewing process… but it is very much to be avoided any time after!

The bad news is that oxygen is easy to pick up when home brewing because it's made in small batches. The good news is that you can definitely do something and know it's half the battle! Ironically, yeast needs super-oxidized wort to grow and start fermentation. The yeast will use up all available oxygen and replace it with carbon dioxide. Generating natural CO2 from the top of your beer gives you a head start. To ensure a good carbon dioxide blanket on top of the beer during fermentation, don't leave too much headspace. Basically use the correct size container for the amount of beer you brew. Now, no matter how tempting it is, no matter how much you want to check your beer, don't keep lifting the lid! Let go of that bastard! Lifting the lid during fermentation can cause a lot of air disturbance. If you're a dry hop, be careful...like a dry hop ninja...your wort shouldn't know you're there.

Packaging is another flash point for picking up that pesky molecule...probably the most dangerous one. When filling bottles or cans, you need a CO2 bottle to purge the container before filling. For God's sake, don't spill the beer into the container and fill it from the bottom if you can. If canning or bottling, you need the beer to have the proper level of carbonation, as the carbon dioxide bursts at the top and it pushes any residual oxygen out of the headspace. Cap now! Let the foam rise and place the lid on the foam. No gaps, no air.