English
High Quality Products Can Be Purchased.
You are here: Home » News » How Elevation Affects the Aging of Liquor

How Elevation Affects the Aging of Liquor 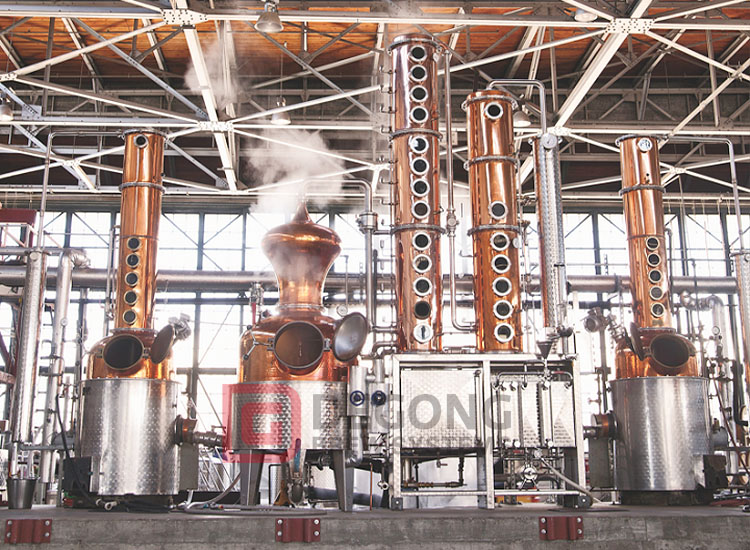 The Dead Sea, a salty lake bordering Israel, Jordan, and the West Bank, is the lowest land elevation on Earth at about 1,385 feet below sea level. You can't go any lower without sinking into the sea. It is here that the Milk & Honey Distillery in Tel Aviv is experimenting with the effects of low altitude on aged whisky.

“The extreme location is our strength,” says Milk & Honey Head Distiller Tomer Goren. "We're trying to play on this playground."

Loosely defined to represent a sense of place, terroir has become part of the spirits producer's toolkit, with a greater focus on the growing of raw materials and the aging of spirits in barrels. However, altitude usually doesn't receive much attention. That may change as more and more producers experiment with the effects of extreme altitudes—both high and low—to create spirits.

The impact can be particularly pronounced when it comes to barrel aging, pros say.

“There’s a lot of mystery and magic to barrel aging in general,” says Karen Hoskin, founder and owner of Montanya Distillers, which makes rum in the Colorado mountains at 8,800 feet above sea level. “For me, being at high elevation, one of the things that impacts how the flavor profile develops in a barrel has to do with the penetration of the liquid into the wood.”

However, she quickly notes, sheer elevation doesn’t do the job alone. It also impacts temperature, barometric pressure and humidity.

“For Montanya, the biggest effect was temperature fluctuation,” says Hoskin. Her Colorado rackhouse can change 20°F from day to night, in addition to wider temperature swings between summer and winter.

The pores of the wood expand and contract with heat and cold, pulling the rum in and out of the oak and giving it more contact with the barrel, which helps flavors to develop more quickly. This kinetic action is a form of dynamic aging, Hoskin explains. Some spirits makers try to mimic the effect by agitating barrels to increase contact between the liquid and the wood.

This doesn't happen very often among its rum counterparts in the Caribbean, where temperatures tend to be more stable.

"Sometimes, at sea level, you put rum in a barrel, and you absorb a certain amount of rum into the barrel, and nothing changes after that," Hoskin said. "There's not a lot of dynamic action."

She added that different temperatures, humidity and climatic changes (such as being close to the ocean) produce different secretions from oak, which can also affect the flavour of the finished spirit. For example, her casks will produce sweeter aromas associated with vanillin and sucrose, while the same casks in the Caribbean may produce more fruity notes.

Altitude can also affect the strength of spirits. "At my altitude, I'm mostly evaporating water, so the alcohol level in my barrel is going up," Hoskin said. In a wetter sea-level environment, it is likely that ethanol is mostly evaporated, which in turn reduces the evidence. "You're just evaporating your booze," she said.

They filled 80 used barrels from Jordan Winery with rye whiskey, which were then driven along Route 66, through the deserts of Arizona, to reach southern California. There, the whiskey was transferred into barrels that previously held Firestone Walker beer, and driven back through flatlands and Colorado Rockies, and finally returned to Vermont.

While it’s difficult to isolate the effect of elevation on the finished “road trip whiskey,” the resulting rye was particularly fruity and bright, with hints of baked pear, almond and spice.

“With Roadstock, we knew there would be a lot of factors in the barrel aging,” says Ireland. “In the truck, it was shaken up a lot. But there were also altitude changes: you go through higher altitude, drier climates, and that affects how the whiskey can move in and out of the barrel. And then we had huge temperature differences driving from Vermont to California and back.”

So far, there haven’t been many side-by-side studies on how altitude affects spirits, Ireland says. It’s still a largely experimental concept.

This is what makes empirical evidence found by producers like Milk & Honey so exciting. A new release called Apex Dead Sea is an intense, umami-laced version of their flagship single malt that’s been aged on a hotel rooftop, nestled on the arid desert coast of the Dead Sea. The distillery is also working with “comparative casks,” or single malts that are identical except for where they have aged.

The casks won’t be sold commercially but were made to illustrate how the same whiskey aged at the distillery’s Tel Aviv facility, 16 feet above sea level, compares to the Dead Sea project, aged at 1,385 feet below sea level. The difference between the two is easily apparent: the Dead Sea-aged version is notably darker and murkier, the flavor less honeyed, with an herbaceous quality and more pronounced oak notes and muted spice tones.

Further elevation-centric terroir experiments are on the horizon, too.

“It’s an exploration of places,” says Goren. “I look forward to continuing our geographical experiments, with the Sea of Galilee and the Jerusalem Mountains coming up next.”