It is suitable for gin, gin, etc., adding plant ingredients to make gin to enhance the flavor and expand the functional scope of the system. The material is stainless steel/glass/red copper. The structure is an external glass/SS304 column with a built-in removable copper filter basket.
Product Description

The whole process of alcohol distillation can be summarized into 3 parts: fermentation, distillation and finishing.

Anyone who has ever brewed beer or wine will think of this process as an old hat, but for maximum clarity, we will introduce it to everyone. Therefore, the basis of the fermentation process is:

What most people don't understand is that alcohol is actually just the excrement of yeast.

In most cases, not all, alcohol and grains are used as sugar sources. In their original form, they are provided as starch, but after boiling and adding malt or certain enzymes, the starch is converted into sugar, which is then processed by yeast to produce many chemicals, including ethanol. 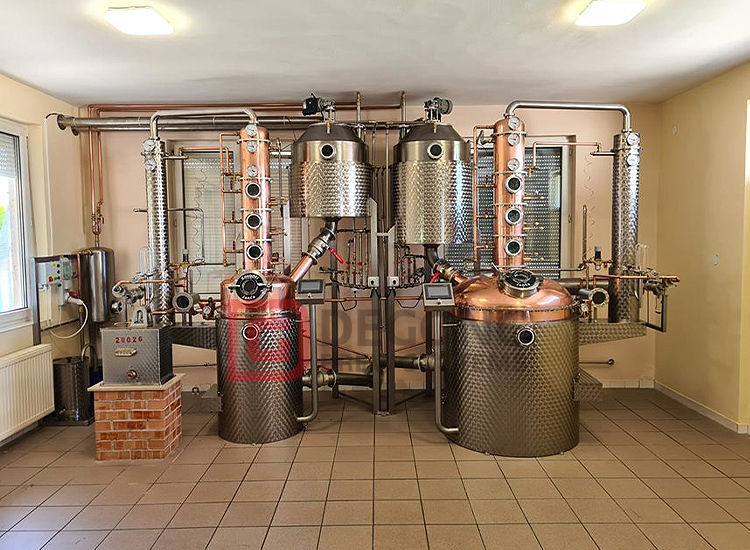 Once the liquid fermentation is complete, the liquid is heated in the still.

Many forms and adaptations are still seen. For our current example, we will stick to the basics. All stills are composed of three things; a boiler, a tower, and a condenser. When the liquid slowly increases from room temperature to approximately 190 degrees Fahrenheit (F), the liquid evaporates and rises through the column. Once it reaches the condenser, it contacts the cold surface and condenses back to a liquid state. It then leaves the distiller in the form of many different chemicals.

When we increase the temperature of the liquid in the distiller, these chemicals will evaporate and pass through the distillation process. However, all the alcohol distiller wants is ethanol. Through a process called "cutting", the distiller is able to separate different chemicals, leaving the ethanol pure. 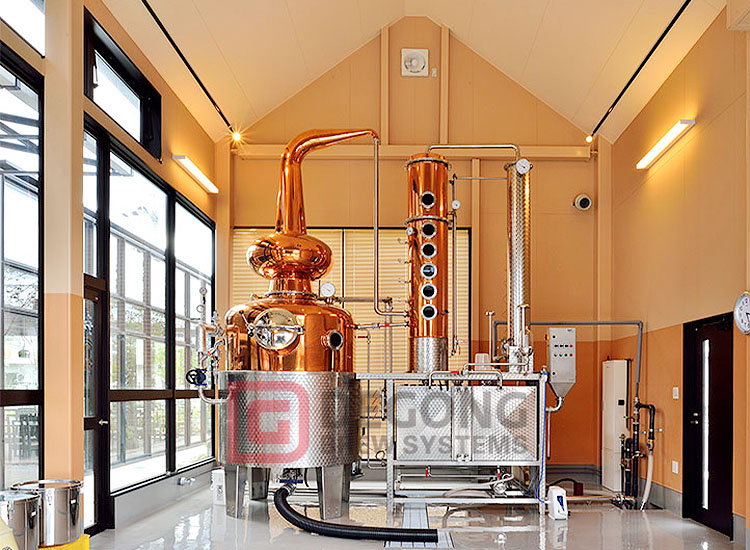 The latter process is the last process before bottling. There are several different steps in this process, and depending on the type of alcohol required will depend on which of these steps you will use.

Filtering-Filtering alcohol mainly does two things. It removes odors and smooths the overall taste and flavor.

Flavoring-Whether you decide to add a commercial type of flavoring agent, such as a flavor (a blend of essential oils and extracts), or soak the fruit in a spirit, or use a certain flavor to affect the flavor, the flavor options are almost endless.

Oak barrels/ageing-Whiskey does not get its color from the grains used in the fermentation process. Instead, its color comes from the oak that stores it. Although most of its flavor comes from grains, the oak or other hardwoods used in the aging process also add another layer of flavor. The same goes for bourbon, scotch, tequila and other brown spirits.

The completion process is a step remembered from the beginning of fermentation. Usually, you will choose certain grains based on the type of finishing you plan. If you are planning to make bourbon, then grain selection is the most important, because bourbon is made from at least 51% corn.

Obviously, the alcohol distillation process is in-depth, but this process helps break it down into several fairly manageable steps. With a little practice, each of these steps will become easier.