English
High Quality Products Can Be Purchased.
You are here: Home » News » Detecting and Fixing Off-Flavours(1)

As you learn to brew craft beer, you want to quickly become acquainted with potential off-flavours. In a perfect world, every single batch you make would be flawless. Chances are, however, you’ll eventually make a mistake. We’ve all had a bad batch of beer from time to time. It happens. Of course, there’s a difference between a beer that underwhelms and one that offends. Usually, you’ll know right away if your beer is off. Trust your taste buds and your gut. But, sometimes, it helps to confirm your suspicions.Let’s look at all the possible off-flavours you could come across.

There’s such a thing as an alcoholic off-flavour. Obviously, we need alcohol in our beer, especially stronger varieties like imperial stouts and barleywine. But beers that are intended to have moderate alcohol levels can come off too boozy if the fermentation goes wonky.  To understand the problem, however, we need to understand what kind of alcohol we want, and those we don’t. The alcohol we want in our beer is ethanol, which is what yeasts puts out when converting our wort’s sugars. But sometimes, other alcohols want to join the action, primarily:

These are known as fusel alcohols. The truth is, you’ll find these alcohols—to some extent—in pretty much every brew. Most of the time, their quantities are so insignificant that we don’t detect them. But because our taste buds are so amazing, even the smallest amount can spoil the fun for us. If you find your beer tastes a bit like paint thinner or nail polish, you’ve got alcoholic off-flavours. What caused this? Most likely fermentation at too-warm a temperature. Take any and all measures possible to keep fermentation at the recommended temperature for your recipe’s yeast strain. And if you can, aim for your carboy’s surface temperature to be a bit lower than the recommended temperature, as the middle of the wort can be 10°F (6°C) higher in temperature. 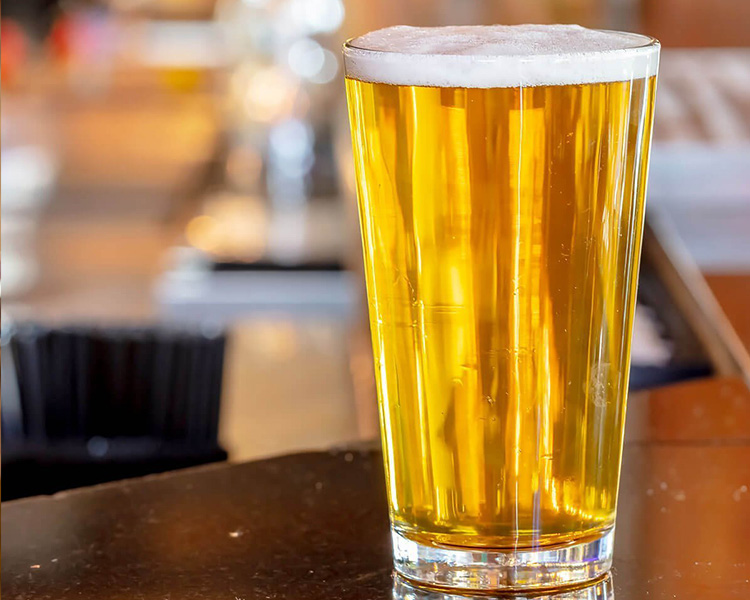 Unless you love the taste of metal in your mouth, there is pretty much no beer style on the planet that should taste of metal. If the beer tastes like you bit your cheek, or you just licked a frozen pipe in the schoolyard, you’re unlikely to enjoy it.. So, how did this off-flavour creep into your beer? You won’t be shocked to hear it likely came from—you guessed it!—metal.  In the brewing world, they call this “metal contamination.”

If you’re on a tighter budget, aluminum will do the trick, but you may want to avoid the guesswork and season the pot by boiling water in it for half an hour.

If you’re on an unfiltered well, your water could contain unwelcome metals. If that’s your case, save yourself the hassle and use bottled water.

Surprisingly, there could also be another suspect causing this off-flavour: malt. Specifically, improperly stored malt. You’re best bet is to find a good supplier, and brew soon after you get the malt. Don’t let it sit on your shelf for too long. And when you’re storing your malt, make sure it has a cool and dry home. 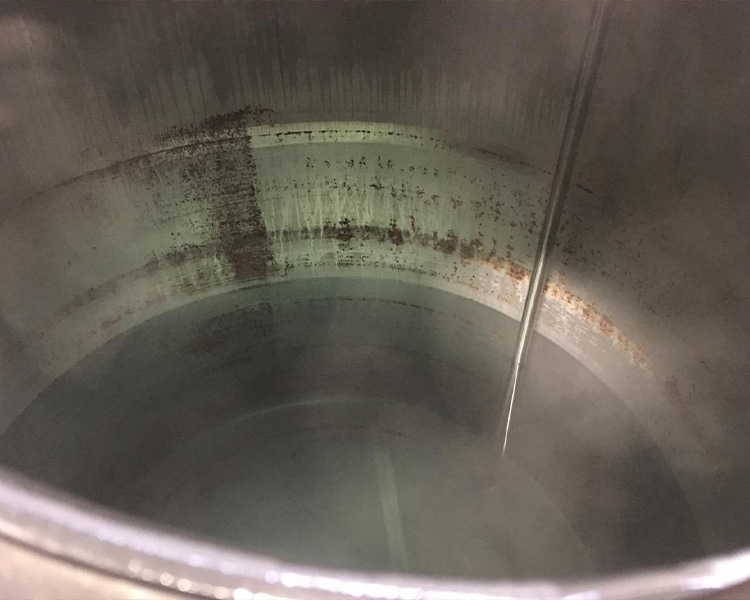 Beer and popcorn can be a perfect combination, so long as they are kept separate. If your beer tastes like popcorn, however, I’m afraid to say, it’s likely off. Diacetyl—which is a common off-flavour— is the culprit. Unfortunately, it’s produced in all fermentations by all yeast strains. As with most things in life, it’s when you get too much of a good thing that things go bad.

Diacetyl can also be caused by malolactic fermentation, where malic acid converts to lactic acid before converting to diacetyl.

To be clear, in some beers, a small amount of detectable diacetyl is a good thing. If you want to keep brewing beer, here’s what you need to monitor during fermentation: 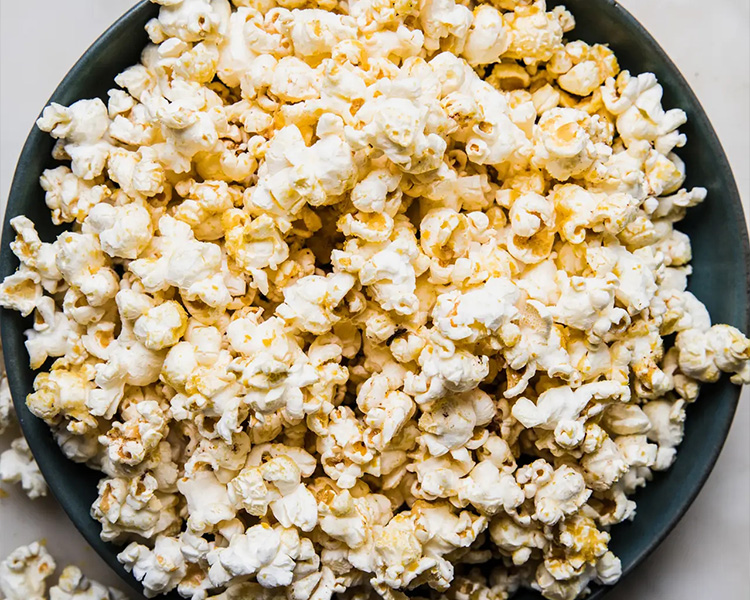 This one’s a bit tricky. It’s not automatically an off-flavour. It really depends on the beer style. It’s considered a critical component in some beers, and a flaw in others. Esters are created during fermentation and taste of bananas, pears, anise, or even rose petals or bubblegum.  It adds a fruity taste to the beer. It’s the kind of flavour you want in a Hefeweizen, or in many English ales (to a lesser extent), and Belgian ales, but not in a Pilsner or an American IPA. If you find yourself with a beer that shouldn’t have this flavour, you have some options for the next batch:

The one time you want oxygen is when you’re pitching the yeast. After initial fermentation (about 3 days), oxygen becomes an enemy.  Oxygen lends beer a stale flavour profile. And that’s because oxygen degrades alcohol and aroma.

This off-flavour is often described as wet cardboard, or stale. Sometimes it’s also described as a sherry-like taste, but that doesn’t sound as bad to me. Granted, most of the time, that’s not the flavour you’re going for, so it’s considered an off-flavour.

Once primary fermentation is complete, avoid oxygen as much as you possibly can. But don’t stress over it. It’s nearly impossible to make home brew without introducing even a small amount of oxygen. Try, as best as you can, to avoid splashing the wort when you’re transferring it from the fermenter into the bottling bucket, and then again when you transfer it from the bottling bucket to your bottles. Never dump your beer from one vessel or another—always rack (siphon) it. As with alcohol, sometimes too much of a good thing can make your beer less desirable than you intended. Some beers should taste yeasty. But if you’re making a pale ale, it’s probably not a flavour you want in your beer. Remember to pour gently to leave the yeast behind. And if that wasn’t the reason for the off-flavour, you may have bottled your beer before fermentation had a chance to finish its work. If so, the yeast would have remained suspended in your wort. Of course, the opposite is true. If you leave your beer in the fermenter, sitting on top of the yeast cake (the sediment),  your beer could fall victim to autolysis, in which yeast cells self-digest. 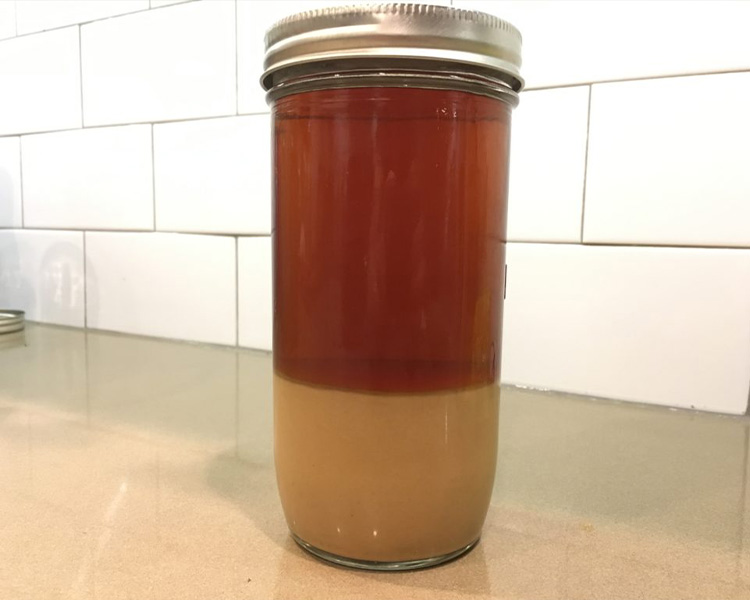