English
High Quality Products Can Be Purchased.
You are here: Home » News » By-products of Brewer's Yeast

The flavor and aroma of beer is very complex, being derived from a vast array of components that arise from a number of sources. Not only do malt, hops, and water has an impact on flavor, so does the synthesis of yeast, which forms byproducts during fermentation and conditioning. The most notable of these byproducts are, of course, ethanol and carbon dioxide; but in addition, a large number of other flavor compounds such as esters, higher alcohols, and acids are produced, all of which contribute to the taste, aroma, and other characteristics of the beer.

Esters are considered the most important aroma compounds in beer. They make up the largest family of beer aroma compounds and in general impart a "fruity" character to beer. Esters are more desirable in most ales, and in some dark or amber lagers, lower levels are preferred in pale lagers.

Diacetyl and 2,3-pentanedione, which are classified as ketones, are important contributions to beer flavor and aroma. Often these two ketones are grouped and reported as the vicinal diketone (VDK) content of beer, which is the primary flavor in differentiating aged beer from green beer. Of the two, diacetyl is more significant because it is produced in larger amounts and has a higher flavor impact than 2,3-pentanedione. A "buttery" or "butterscotch" flavor usually indicates the presence of diacetyl, while 2,3-pentanedione has more of a "honey" flavor.

There are many flavor-active acetaldehydes present in beer that are formed at various stages in the brewing process. They are produced by oxidation of alcohols and various fatty substances. Acetaldehyde levels peak during the early to mid-stages of primary fermentation or immediately after kraeusening, then decrease in concentration.

Sulfur-containing compounds in beer arise from organic sulfur-containing compounds such as some amino acids and vitamins. They are also formed from inorganic wort constituents such as hydrogen sulfide, dimethyl sulfide, sulfur dioxide, and thiols make significant contributions to beer flavor. When present in small concentrations, sulfur compounds may be acceptable or even desirable (for example Burton ales), but in excess they give rise to unpleasant off-flavors, e.g., rotten-egg flavors.

Another major compound responsible for sulfury flavors in beer is dimethyl sulfide (DMS), which is a desirable flavor component in lager beer but not in ales. Dimethyl sulfide in lagers it will lead to a malty/sulfury note. The taste threshold for DMS is considered to be from 50-60 μg/liter. If the concentrations are too high, it has a relatively objectionable taste and aroma of cooked sweet corn.

Fusel alcohols are a group of byproducts that are sometimes called "higher alcohols." They contribute directly to beer flavor but are also important because of their involvement in ester formation. Fusel alcohols have strong flavors, producing an "alcoholic" or "solvent-like" aroma. They are known to have a warming effect on the palate. About 80% of fusel alcohols are formed during primary fermentation. The yeast strain is very important, with some being able to produce up to three times as much fusel alcohols as others. Ale strains generally produce more fusel alcohols than lager strains.

The most important organic acids found in beer are acetic, citric, lactic, malic, pyruvic and succinic. They confer a "sour" or "salty" taste to beers. Some of these organic acids are derived from malt and are present at low levels in wort, with their concentrations increasing during fermentation.

Fatty acids are minor constituents of wort and increase in concentration during fermentation and maturation. They give rise to "goaty", "soapy", or fatty flavors and can cause a decrease in beer foam stability.

Yeast also excretes some nitrogen compounds during fermentation and maturation as amino acids and lower peptides, which contribute to the rounding of the taste and an increase in palate fullness. 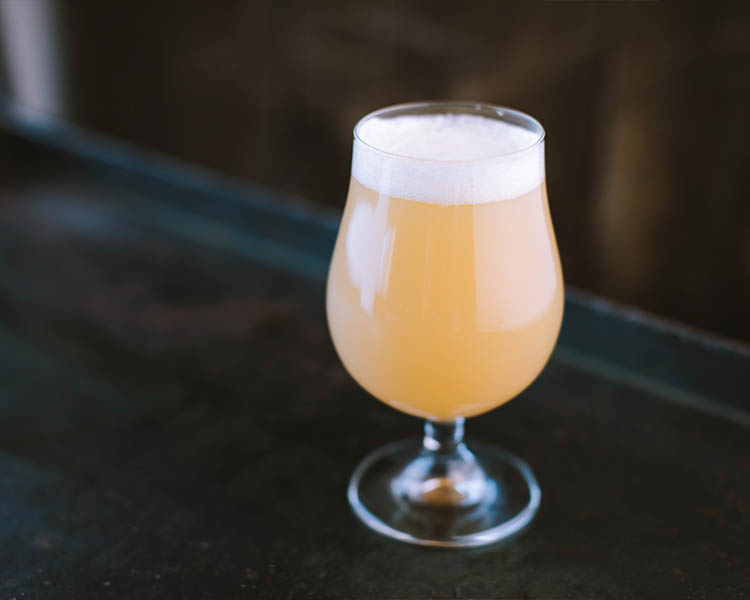