The mineral content of brewing water has long been recognized as making an important contribution to the flavor of beer. This is especially important since water composes more than 90% of the beer. Brewers interested in brewing a particular beer style first need to evaluate whether or not the their water is suitable by comparing it to the water analyses of a flagship brewery or to the water used to produce the beer style in the regions of its origin. For example, the water of Dublin for stouts, the water of Burton-on-Trent for dry, hoppy pale ales and so on.

Historically, different regions have become famous for their classic beer styles as defined by the waters available for brewing. For example, the famous brewing waters from the deep wells at Burton-on-Trent are known for their excellent qualities in brewing full-flavored pale ales. Burton water is high in permanent hardness because of the high calcium and sulfate content, but it also has a lot of temporary hardness from a high level of bicarbonate. Munich water is poor in sulfates and chloride but contains carbonates, which are not very desirable for pale beers but ideal for producing darker, mellower lagers.

When water molecules are ionized, they produce hydrogen (H+) and hydroxyl (OH-) ions, which carry an electrical charge. These ions in the water determine its fundamental character-whether it is acid (excess H+) or alkaline (excess OH-). The term "pH" refers to the hydrogen cation (H+) concentration in water and is defined as the logarithm of the reciprocal of the hydrogen-ion concentration.

Alkalinity is a measure of the buffering capacity of the bicarbonate ions and, to some extent, the carbonate and hydroxide ions of water. These three ions all react with hydrogen ions to reduce acidity and raise pH. Alkalinity is normally given in mg/l as calcium carbonate (CaCO3) for all three ions.

In the United States, temporary hardness results from calcium, magnesium, and sodium salts of carbonates and bicarbonates in the water. Most of the hardness is attributed to calcium bicarbonate. 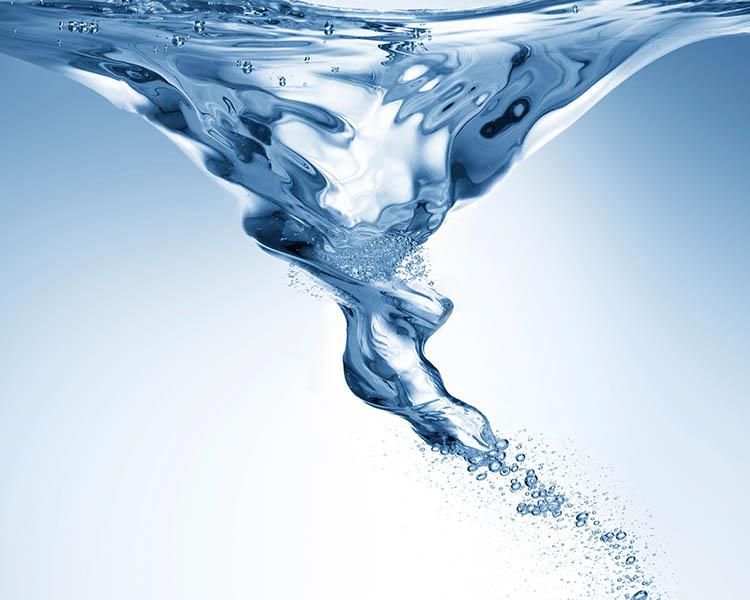